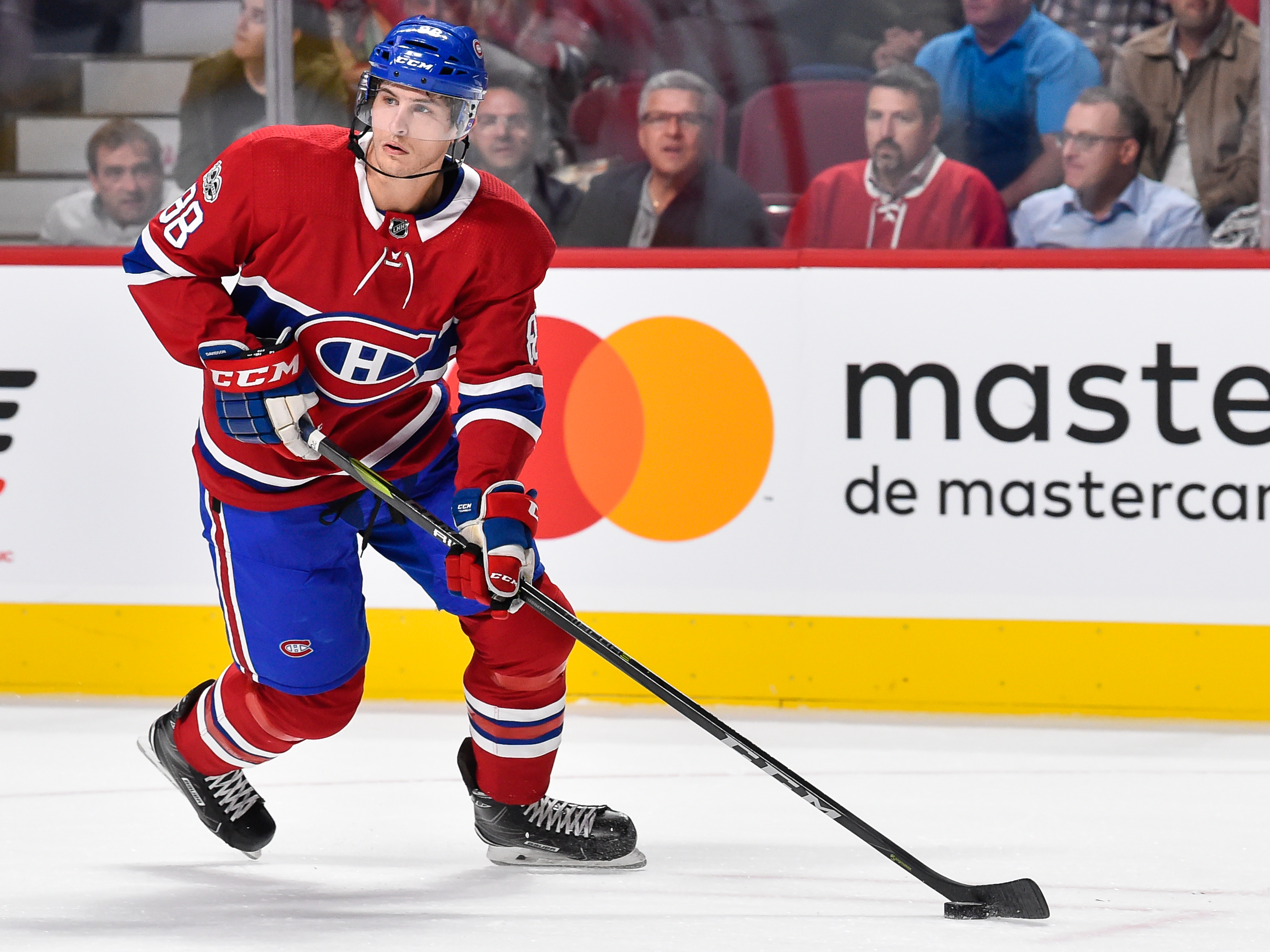 The Edmonton Oilers, without question, miss Andrej Sekera on the backend. It’s not a slight against the team, all 31 clubs would miss a veteran top-four guy, but it has had a negative impact on the club. The second pairing of Kris Russell and Matt Benning has sunk, not swam, early in the year and has already been broken up.

Peter Chiarelli elected to not use his ample cap space to acquire help on the backend to replace Sekera, a move I thought was a mistake. To this point, although it is super early, that move has proven to be a mistake. If Chiarelli feels that making an addition is now the right move, he does have options.

It won’t be a sexy move, but the Montreal Canadiens have decisions to make defensively and may be inclined to move a rearguard that could help the Oil. The club waived veteran Mark Streit today, and has other options that could be had via trade.

The Habs placed the veteran, who signed with the club this summer, on waivers this afternoon with the hope of assigning him to the AHL. After winning the Stanley Cup last spring in Pittsburgh following two (!) deadline day trades, the veteran returned to Montreal to presumably finish his career where it began way back when.

Streit is on a one year deal that pays $700,000 so he’s not a problem when it comes to the salary cap. In terms of play, however, the 39 year old earned his trip to the waiver wire.

At his best, Streit would be a perfect fit for the Oilers. He’s a veteran defender who moves the puck, can play on the powerplay and possesses a strong point shot. Only problem is, he’s gotten exceptionally slow the last few seasons and it appears as if the game has passed him by. He’s been too slow and a liability for the Habs so far on this young season.

It’s possible that Streit would come to Edmonton and look like the player he was as early as the first half of last season, but odds are the player is done at 39 years old. In theory he makes sense, but a closer look shows that Edmonton should steer clear of Streit.

Montreal has Shea Weber, Jeff Petry, youngster Victor Mete and Karl Alzner cemented into the top-four group on defense. After them, the club has Joe Morrow, Jordie Benn, David Schlemko and Brandon Davidson to fill the bottom pairing.

Claude Julien has taken a liking to Benn, and the club gave assets up to acquire Schlemko this off-season with the intent of playing him. That leaves Davidson and Morrow as extra defenders, players the Habs could be convinced to trade.

Joe Morrow was a big time prospect in the 2011 entry draft, but he simply has not lived up to expectations after the Penguins took him in the first round. He was traded at the 2013 deadline to Dallas for Brendan Morrow, then went to Boston in the Tyler Seguin deal just a few months later. In Boston, Morrow never became a regular and was allowed to walk as a free agent this summer, landing in Montreal.

I have time for Morrow as a seventh or eighth defender, but the Oil currently have Eric Gryba in that spot so he really doesn’t make much sense.

I’d love to see Schlemko in Edmonton, but I can’t see the Habs moving him after acquiring him in the summer. Ditto for Benn, who the team likes.

That brings us to Davidson, the former Oiler. After a breakout 2015-16 season with club, Davidson took a bit of a step back last year and ended up being shipped to Montreal at the deadline for David Desharnais among concerns the club would lose him for nothing at the expansion draft.

Now Davidson, who wasn’t picked by Vegas, finds himself as an extra skater in Montreal waiting for a chance to shine. I don’t think he’s a top-four defender, but Davidson is a capable player who could come to Edmonton and help fill the void left by Sekera while he is out of the lineup.

Not only that, but I’d be a lot more comfortable with Davidson as a depth defender than both Gryba and Yohann Auvitu.

For those who forget, here is a scouting report on Davidson courtesy of The Hockey News.

If Peter Chiarelli decides that he needs to add a stopgap until Sekera returns, he should pick up the phone and call his old rivals in Montreal. They have plenty of helpful defensive depth that could provide a safety blanket for the Oilers.

If Brandon Davidson can be had, and I suspect he could be, then the Oilers should investigate. There is no harm in bringing back a player who was successful here and knows the system. It might be necessary as well after the start this defensive group has had.