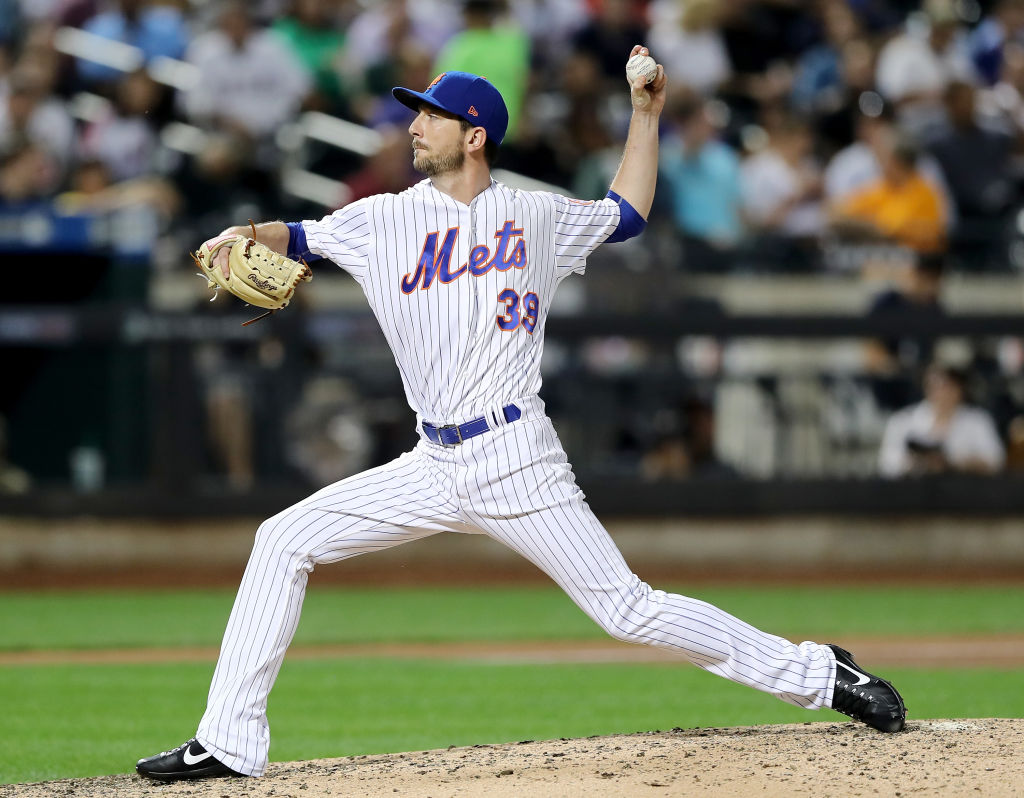 Now that the 2017 season is over for the New York Mets, we have been looking back at the year that was. After taking a more general view of the offense, pitching, and coaching staff, it’s time to take a look back at the Mets’ players. This series will take a look at every player on the active roster for the Mets at the end of season from A (Nori Aoki) to W (David Wright). The review will look at their season statistics, stories, and what role (if any) they will have next season. We continue our series today with a look at relief pitcher Jerry Blevins.

during interleague play on August 8, 2017 at Citi Field in the Flushing neighborhood of the Queens borough of New York City.

Story: The Mets brought back Jerry Blevins late in January on a one year contract with a team option for a second year. The deal proved to be a wise investment as Blevins was one of the few stable elements in the Mets’ bullpen early on. Manager Terry Collins took notice and relied on Blevins heavily, using him so heavily that he was on pace for almost 95 appearances by June. That workload eventually caught up to Blevins, who hit a rough patch in the middle of the season, pitching to a 4.35 ERA in June and a 5.40 ERA in July. Once the Mets fell out of contention, Collins eased up on Blevins and he regained his effectiveness, pitching well to end the season. Blevins was dominant against lefties, holding them to a .197 batting average in 122 at bats. One statistical oddity that emerged was Blevins’ home/road splits being extremely out of whack. Blevins pitched to a 0.74 ERA at home and a 5.11 mark on the road in nearly identical appearance totals, which is a bit unusual compared to the past three years (1.89 at home and 3.71 on the road from 2014-2016).

Blevins was by far the most dependable reliever in the Mets’ bullpen and has morphed into an elite lefty specialist over the past few years. The deal to acquire Blevins from the Washington Nationals for Matt den Dekker in spring training of 2015 has turned out to be an absolute steal for the Mets.

The Mets committed to keeping Blevins for next season when they didn’t trade him at the deadline, when his extra year of team control could have landed them a nice prospect haul. Blevins’ option will be picked up and he will be counted on as the lefty specialist in the bullpen in 2018. The Mets would be well served to bring in another lefty to take some pressure off Blevins next season, but whether they will or not remains to be seen.

Check back tomorrow as our Player Review Series continues with a look at reliever Chasen Bradford!