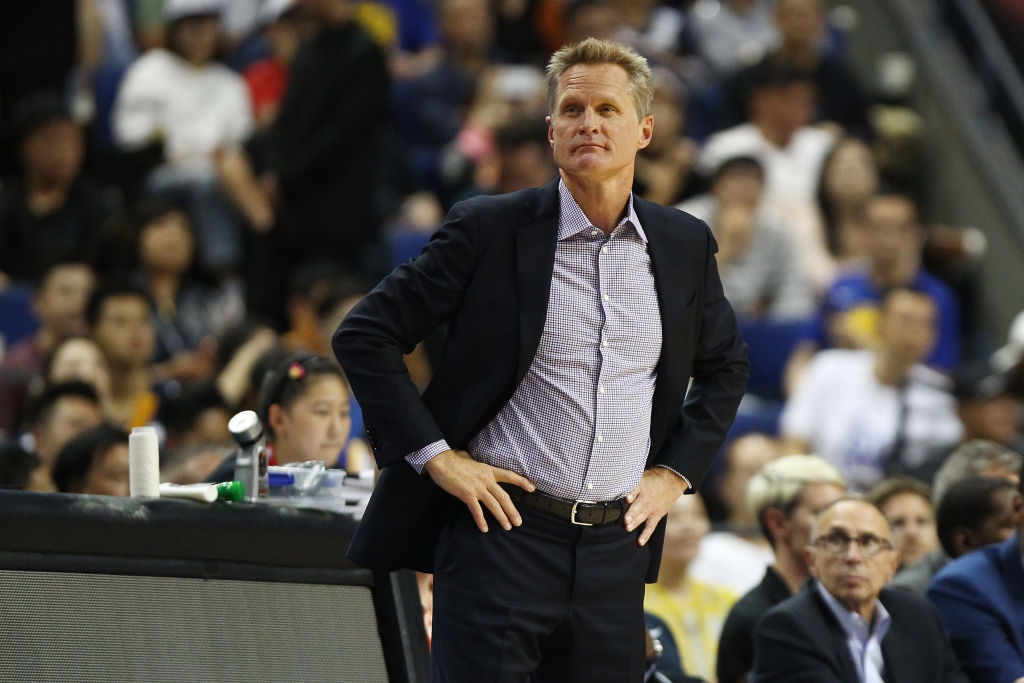 The Golden State Warriors may have some competition from the Cavaliers, Celtics and Rockets — who were all very busy improving their rosters over the summer — but it still appears that they have the best starting five in the NBA right now.

The team also used the offseason to acquire more depth, which will allow the Warriors to provide a bit more rest for its stars. It initially seemed like a foregone conclusion that Andre Iguodala would depart for another squad, but the Warriors convinced him to re-sign on the cheap for three more years. On top of that, they signed Nick Young and Omri Casspi in free agency. Lastly, they drafted Jordan Bell, who could develop into a star, and will likely be able to play a few minutes in games right out of the gate.

And somehow, the team managed to retain all its top players, which is something that a championship-winning team rarely pulls off.

Head coach Steve Kerr is well aware of what the Warriors’ front office was able to do as it relates to the roster, and he recently called this Warriors team the “deepest team we’ll probably ever have,” according to Anthony Slater of The Athletic.

He’s not wrong, as it will be tough to keep this core group together in the future. The Warriors are projected to exceed the salary cap limit by roughly $40 million this season, and their luxury tax bill will cost them a cool $42.8 million. Next season that number will more than double.

For now, though, the Warriors won’t worry about the financials, and will use their depth to exploit favorable matchups in games, as well as to keep their stars as rested and healthy as possible.