Three most disappointing teams in World Cup qualifying round 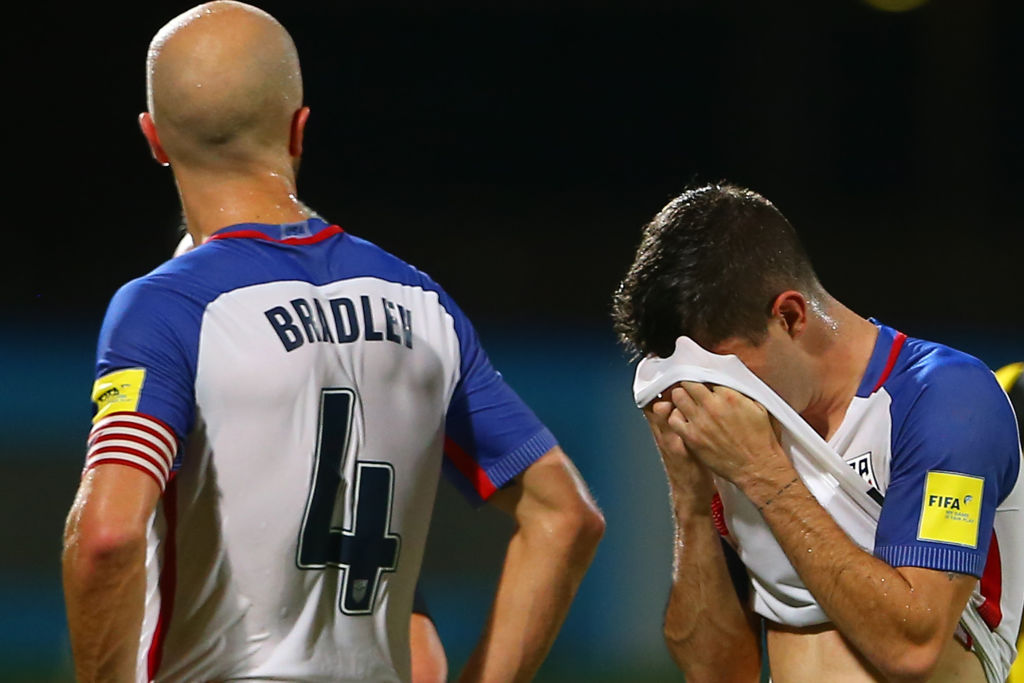 Three most disappointing teams in World Cup qualifying round

With the World Cup qualifying stage drawing to a close (eight runners-up are set to play in a two-legged playoff next month), the international soccer community was treated to plenty of entertaining and shocking moments. Most teams performed at or above expectations, but a few others underperformed on the pitch, and will not be making the trek to Russia in 2018.

Let’s take a closer look at these teams.

The Stars and Stripes lost their first two matches in the qualifying round, and with that, their confidence in manager Jurgen Klinsmann waned. With eight games left to play, the U.S. chose a “safe” manager in Bruce Arena to replace Klinsmann, with the understanding that his first task was to qualify for the World Cup in 2018. After almost a year at the helm and a 3-3-2 record, the U.S. was knocked out of World Cup competition, with the final game ending in a 2-1 loss at the hands of last-place Trinidad and Tobago.

After qualifying for every World Cup competition in the past three decades, Arena commented that “there’s nothing wrong with what we’re doing.” The United States Soccer Federation might disagree with that statement, however. Arena’s contract runs out next July, but many analysts expect Arena will be terminated well before that time. In fact, USSF president Sunil Gulati is up for re-election next February, and he is no longer running unopposed for the position.  Look for a shake-up of management and the players’ roster to occur shortly after the next USSF meeting.

Because let’s face it, their failure to qualify — given the lack of talent in CONCACAF — was both shocking and embarrassing.

After a lackluster run of play in the qualifiers, this will be the first time since 1980 that the Orangemen will miss two consecutive major competitions (Euro 2016, World Cup).

Unhappy with previous manager Danny Blind at the start of qualifying round, the team replaced him in March by 69-year-old Dick Advocaat, who had coached the Dutch team three times previously, and was seen more of a caretaker than anything. Recent results have made him appear as more of an undertaker, with the Orangemen finishing with a 6-3-1 record, and watching Sweden advance, rather than them.

With the team having been captained by veteran Arjen Robben, one would think the Dutch FA has buyers’ remorse in appointing Advocaat to the managerial post. After failing to qualify for the past two major tournaments, Robben announced his retirement from international play for the Dutch on Tuesday. With poor management at the top and some players who underperformed against the likes of Bulgaria, Belarus and Luxembourg, Robben scored both goals in his final match against Sweden, but clearly saw the writing on the wall. From the manager to the players, this is a team in need of an extreme makeover.

For South American soccer teams that are in CONMEBOL, competition is always fierce. However, few expected Chile to miss a trip to the World Cup. After finishing first in the Copa America Centenario during the past two years, La Roja was expected to finish group play in the top half of the standings. Captained by veteran goalkeeper Claudio Bravo and led up front by Alexis Sanchez, Chile’s defense is among the best in South America. Their underperformance is a bit surprising, given their recent successes in tournaments against the same teams.

With the squad largely intact, it’s difficult to pin the loss on any one aspect. Roja manager Juan Antonio Pizzi abruptly resigned following the loss in Brazil on Tuesday, but signs of the team underperforming began in August, which began with a surprise 3-0 loss at home to Paraguay, followed by a 1-0 loss against last-place Bolivia in La Paz. Signs of team dissent also surfaced when Claudio Bravo’s wife appeared to call out some of her husband’s teammates. She took to Instagram and said the following in a recent post:

“When one wears the [national team] jersey it has to be with professionalism,” among other not-safe-for-work things. Bravo, at age 34, is now weighing whether or not to retire from international play.

As for Chile — a veteran team that’s not getting any younger — roster changes appear to be on the horizon.