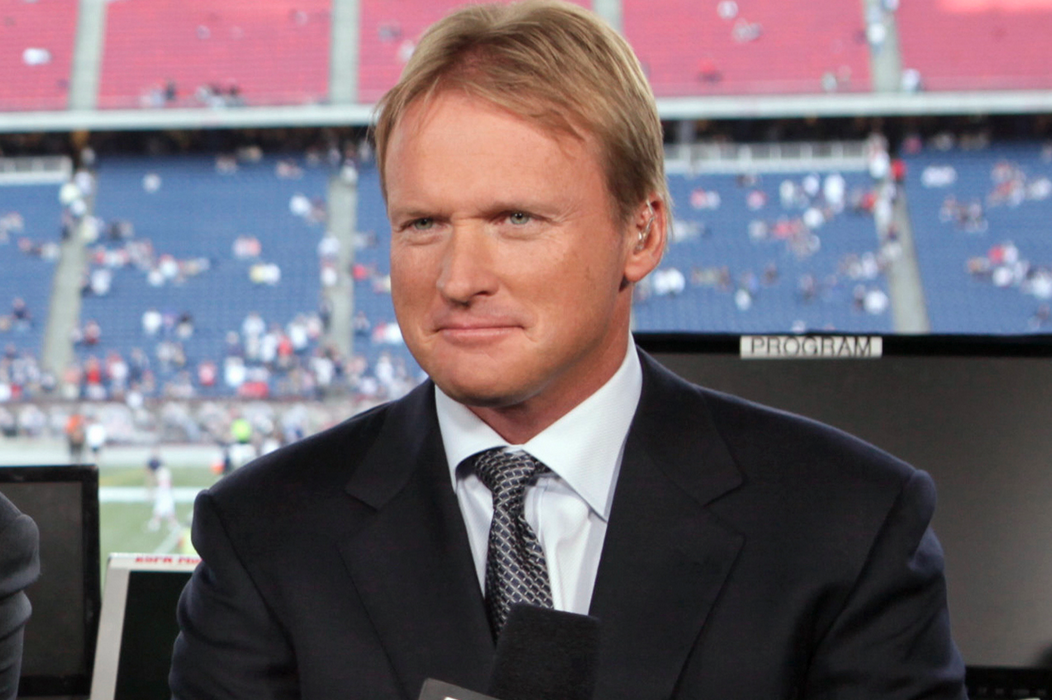 ESPN analyst Jon Gruden appears happy with his broadcasting job, especially given the hours he works and the amount of money he makes. All in all, it’s a pretty sweet gig.

But it’s a foregone conclusion that he’ll eventually go back to coaching, and is really just a matter of when, and where.

Gruden was spotted in Knoxville, Tennessee this week, which sparked some rumors, given that Butch Jones appears to be a dead man walking, and could very well be fired at the end of the season. His tenure at the helm has been an absolute disaster, as the team hasn’t even been competitive in games.

So when Gruden was spotted in Knoxville on Friday, the Vols rumor mill erupted. Sure, every time an attractive head coaching job opens, Gruden’s name is the first one mentioned.

But when he’s seen on campus, that gives the rumors legs. It’s important to point out, however, that Gruden’s son, Michael, is a student at UT.

Anyway, here are the photos of Grudez in Knoxville.

More than likely, this won’t lead to anything, but crazier things have happened. Gruden will return to football sooner than later.