Jon Lester calls for beer, gets sprayed in the face with one (VIDEO) 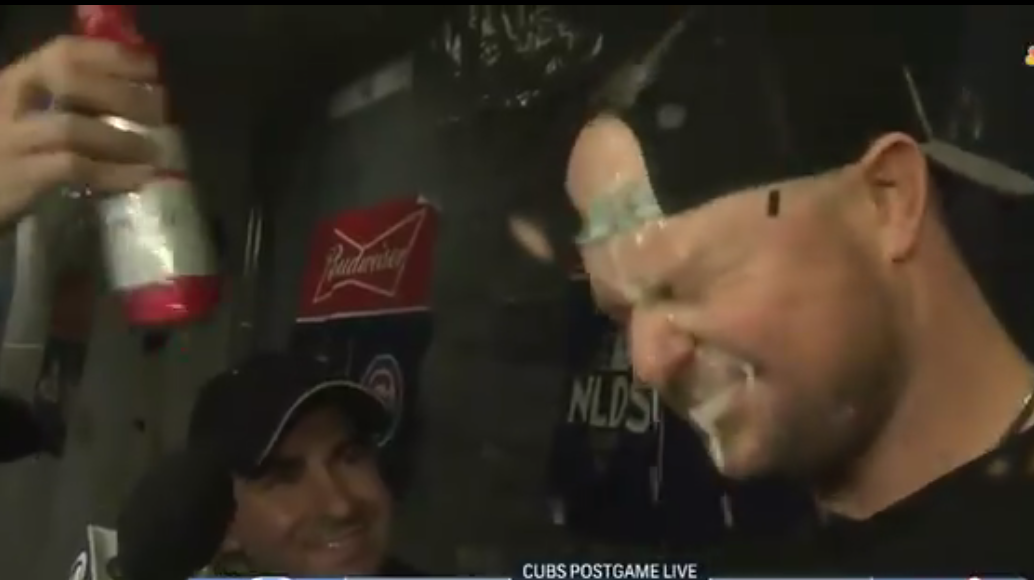 Jon Lester calls for beer, gets sprayed in the face with one (VIDEO)

Players have long enjoyed getting sprayed by champagne, beer and other forms of booze to celebrate clinching a division title or winning a playoff series, but there’s one major rule that needs to be adhered to: Never spray a player in the eye (unless they’re wearing goggles).

The Cubs, who have done their fair share of celebrating over the past year, apparently never got that memo, judging by what happened after they won Game 5 of the National League Division Series on Thursday night. The team will now take on the Dodgers in the National League Championship Series, and you can check out a preview for Game 1 from Doc’s Sports Service here.

Pitcher Jon Lester was in the middle of doing an interview when he asked for a beer, since he “hates champagne,” which is understandable. He got one, alright, but it probably wasn’t delivered via the method he had hoped for.

Rather than being handed a beer, he got one sprayed right in his face, which clearly caused him some discomfort, as most of it got in his eyes. The interview was put on hold while he wiped his eyes and attempted to recover.