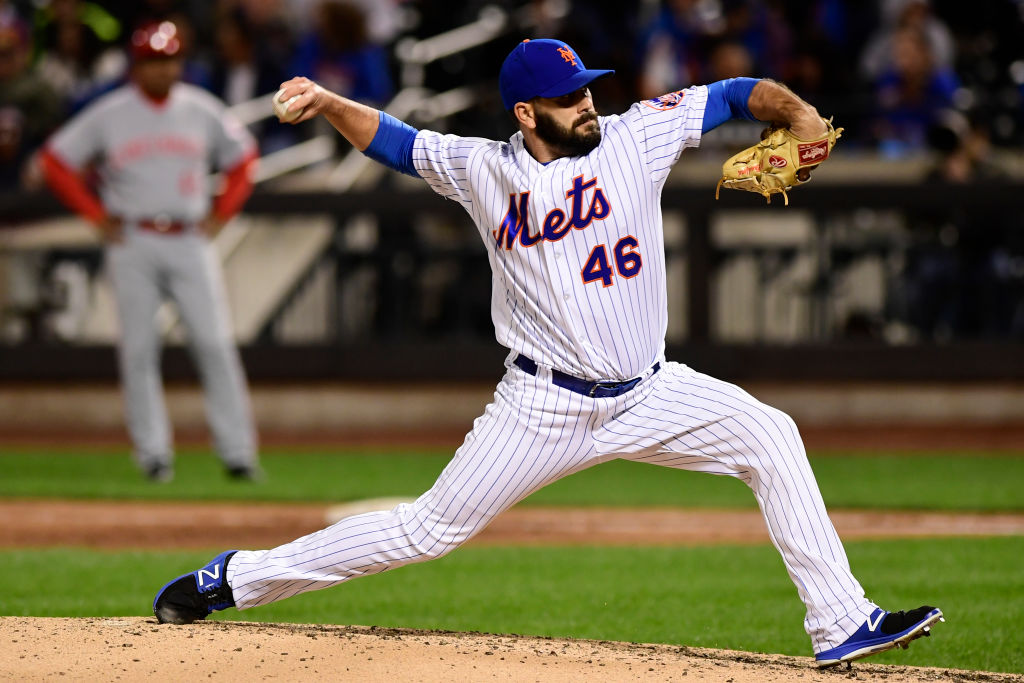 Now that the 2017 season is over for the New York Mets, we have been looking back at the year that was. After taking a more general view of the offense, pitching, and coaching staff, it’s time to take a look back at the Mets’ players. This series will take a look at every player on the active roster for the Mets at the end of season from A (Nori Aoki) to W (David Wright). The review will look at their season statistics, stories, and what role (if any) they will have next season. We continue our series today with a look at relief pitcher Chasen Bradford.

NEW YORK, NY – SEPTEMBER 09: Chasen Bradford #46 of the New York Mets pitches against the Cincinnati Reds during the sixth inning at Citi Field on September 9, 2017 in the Flushing neighborhood of the Queens borough of New York City. The Mets won 6-1. (Photo by Corey Perrine/Getty Images)

Story: At the beginning of the season, Chasen Bradford wasn’t a serious contender for a big league bullpen spot. Bradford pitched for the Mets in spring training, but he was sent to Triple-A Las Vegas since he wasn’t on the 40 man roster. After pitching decently well for the 51’s, the Mets promoted Bradford to the major leagues for the first time in late June. Bradford made a few appearances before getting sent down to the minors again, and he came back for good after the Mets made some trades. The Mets used Bradford as a middle inning reliever starting in August and he pitched well down the stretch, earning two wins and pitching to a 2.70 ERA in August and a 3.27 mark in September. Bradford started to earn the trust of manager Terry Collins, who began to use the youngster in more critical spots towards the end of the season.

Bradford was a pleasant surprise for the Mets, as the previously unheralded prospect pitched to a 3.34 ERA in 24 during the second half. The Mets were able to reasonably count on Bradford down the stretch, which is more they could say for most relievers in their bullpen.

The Mets will give Bradford every opportunity to compete for a bullpen job in spring training. Even if Bradford doesn’t win a spot by the end of camp, he will likely be up at the big league level at some point since injury and ineffectiveness often cause turnover in big league bullpens.

Check back tomorrow as our Player Review Series takes a look at third baseman Asdrubal Cabrera!