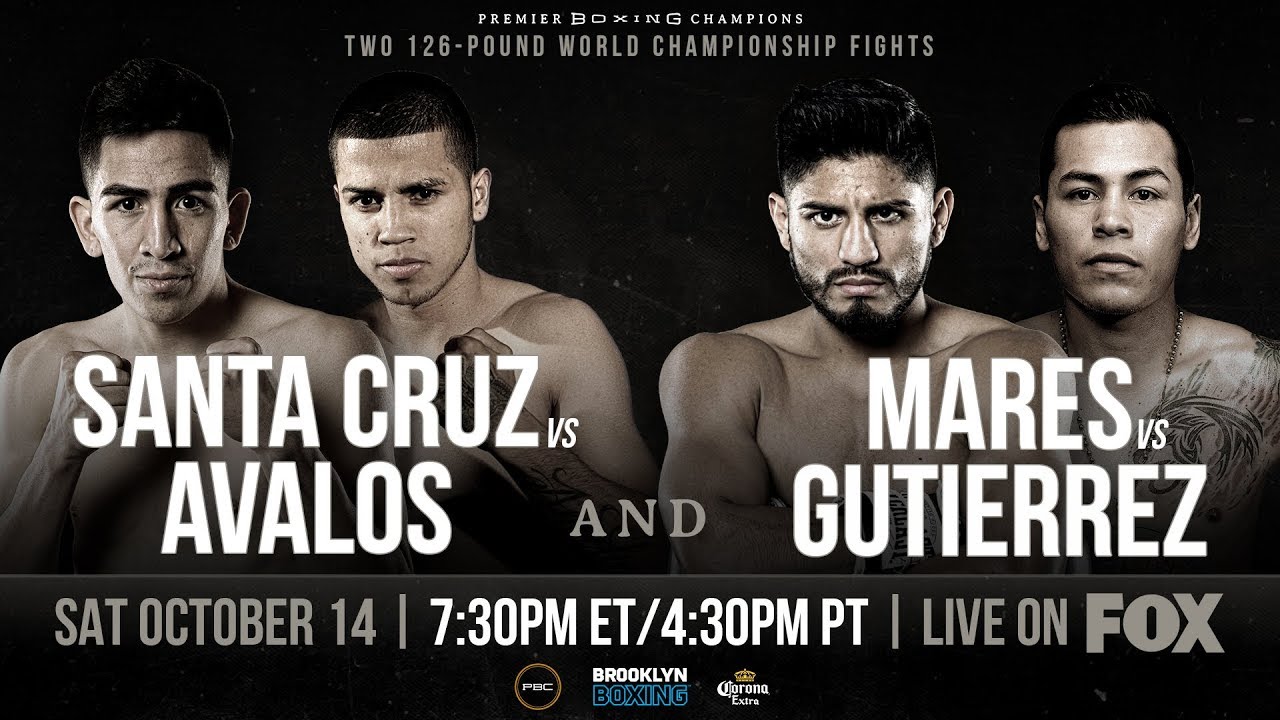 Nolan Howell: This card feels more like showcases for Mares and Santa Cruz and boy, does the matchmaking really give it away. Avalos isn’t challenger material at 2-3 in his last five fights and Santa Cruz is simply above this level of competition at this point, even if it is a stepping stone to a potential fight with his co-main event counterpart. Santa Cruz picks away at him easy. Leo Santa Cruz by fifth-round TKO.

Nolan: Gutierrez is young and has feasted on lower-level competition to bolster his name and has dropped his only step up in competition to a journeyman in Cristian Mijares. Mares, despite not looking impressive against Jesus Andres Cuellar and now being on the wrong side of 30, shouldn’t have any trouble here and if he does, he shouldn’t be angling for the likes of Santa Cruz in the first place, rematch or not. Abner Mares by unanimous decision.