Quite Possibly the Best Pitcher, Manager and Team in Indians History just Blew it 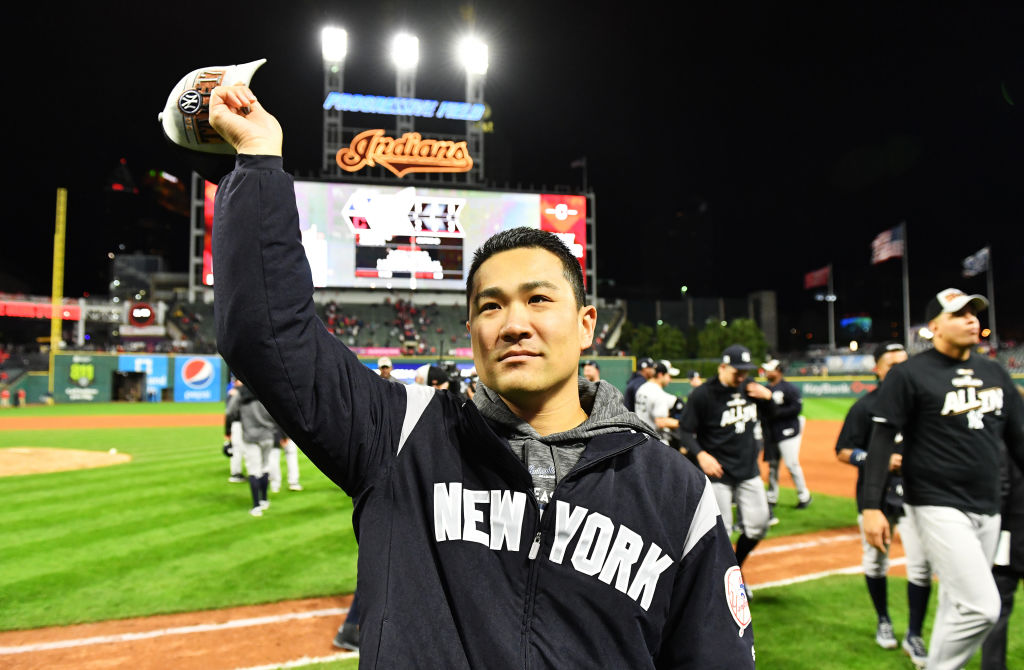 Quite Possibly the Best Pitcher, Manager and Team in Indians History just Blew it

According to WAR, the 2017 Cleveland Indians had the greatest pitching staff (rotation and bullpen) in all of baseball history. According to actual wins, they were the second best overall team in franchise history (behind 1954).

Individually, Corey Kluber may be the greatest pitcher in team history and is at least the best since a trio of Hall of Famers graced the team in the 1940’s and 1950’s. In fWAR (which accounts for the league and year, so you can fairly compare different eras), the greatest single pitching seasons in Indians history belong to Bob Feller (1946 & 1940), Sam McDowell (1969, 1965 & 1970), Gaylord Perry (1972) and Kluber (2014 & 2017). There have only been eleven total seven win seasons for an Indians pitcher and the only one after Perry in 1972 that wasn’t Kluber was Charles Nagy in 1992. Not only is Kluber an all time great, but he is the first great in an extremely long time.

It is exactly Kluber’s greatness that makes the loss in the ALDS against New York so frustrating. Just take a look at his numbers in a few different situations over the last two seasons.

I call this the throw away your narratives chart. If Kluber choked against the Yankees in the ALDS, why didn’t he choke last year in the ALDS, ALCS or World Series? While his numbers in the World Series weren’t as good as his first two play-off series, they were against the best team in baseball and he was forced to pitch three times in seven games. Even at that, they are near or better than his career averages down the line.

If you want to say he couldn’t handle pitching against the Yankees, he had seven games prior to this against New York and held an ERA under 2.00 against the high powered offense and pitched into the 8th in four of those seven games. The fact is that no one could possibly have predicted that Kluber was going to give up four home runs in two games in the ALDS. Even worse, no one could have predicted that the Indians would be held to just five runs total in the final three games.

While not the highest powered offense in baseball (the Yankees will get to face that in the next round), the Indians finished third in MLB in offensive runs above average this year and weren’t shut out in 2017 after losing to Oakland 5-0 on July 14th. Never after that point did the Indians score as few as five runs across a three game set and, in fact, they scored ten or more in 13 different games. After going 47-40 in the first half and averaging 4.8 runs per game, the Indians really turned things up and scored 5.2 runs per game for the rest of the season, winning 55 of 75.

Maybe even more mysterious than Kluber’s poor starts was the disappearance of this offense. It wasn’t just one player to fall far from their 2017 production either. Of the 11 players to have at least nine plate appearances, only the catchers Roberto Perez and Yan Gomes along with Jay Bruce can truly be said to have carried their weight. MVP candidates Francisco Lindor and Jose Ramirez hit .111/.273/.278 and .100/.182/.100 respectively. It seemed Ramirez couldn’t go a day without a double in the regular season as he hit the third most in a single season in franchise history including five in his last six games. In the post-season, his power disappeared as his swing grew. Ramirez struck out an uncharacteristically high 7 times and had just two singles without an extra base hit.

Again, this is not a case of “choking” as many have put it. On an equal stage last year, then on an even bigger one, Ramirez never lost it. He hit .268/.305/.357 in the 2016 post-season with two doubles, a home run and five multi-hit games including three in the World Series.

While normally an incredibly patient hitter, Ramirez struck out three times in game two and twice in game three (pictured above). This series could have went either way quite a few times. Had Joe Girardi challenged Lonnie Chisenhall being hit by a pitch in game two, the Indians would almost certainly have lost that game. Instead, Francisco Lindor hit a grand slam and the Indians won in extras. In game three, there was a nearly equal swing in favor of the Yankees. Masahiro Tanaka.

Coming into the post-season, Tanaka had faced the Indians four times and held a 4.38 ERA with 21 strike outs in 23.1 innings. He didn’t face the Indians in 2017, but against a nearly identical line-up last year he had one good game (August 7th: 8 K’s, 0 BB, 1 R in 6 IP) and one not so good game (July 10th: 5 K’s, 2 BB, 7 R, 4.2 IP). There was no reason to believe he would be the pitcher to shut down Cleveland offense to the point where it would never turn on again. All the Indians needed  was one run against Tanaka and the series could have ended after three games, yet they were better off against Aroldis Chapman later in the game, getting two hits in 1.2 innings off the fire balling lefty compared to just three in the first seven against Tanaka.

Finally, there is the apparently unquestionable, future Hall of Fame manager. I personally place very little real, on the field value on the manager. Nearly everything important a manager does happens before the game starts and, when it comes down to it, has a nearly negligible effect on the on the field product. It’s his responsibility to not mess up what the GM has put together.

Francona has always been great at this, but he may have taken things a bit too far in the ALDS. His use of Trevor Bauer in game one so Corey Kluber would be available for game five or a potential game one of the ALCS was questionable, but ultimately didn’t matter. All the talk about using Josh Tomlin as the fourth starter, only to have him pitch so well in extra innings that it allowed the Indians to come back and win game two didn’t matter.

The one decision he made that may have mattered a little bit (although not enough to have turned the series) was using Jason Kipnis in centerfield and hitting him second. The idea was that the Indians needed Kipnis’ bat in the lineup so badly that they could take the defensive hit. In the end, Kipnis had more at bats than any other Indians hitter and batted .182/.182/.273 with a team high eight strike outs. As a whole, 2017 will go down as another lost season for Kipnis who missed much of the year with injury and played like he was hurt when he was on the team. Just like many other players on this team, he deserved respect for helping not just get the Indians to the post-season in 2017, but for all the years before. However, that respect doesn’t have be paid by hitting him second and playing him in the second most important defensive position on the field. If the line-ups had been based on merit rather than loyalty and respect, Kipnis probably should have started at second base and hit 7th or 8th if he was in the line-up at all.

Of course, Kipnis starting was nowhere near as egregious of a mistake as having Michael Brantley on the roster at all. The idea was nice and when Edwin Encarnacion went down with an injured ankle, it looked like Brantley might be able to step in and pull a Kirk Gibson, but that was far from reality. In reality, Brantley probably wasn’t really ready to return to the field, at least as far as getting enough reps in is concerned. He went 1 for 11 with 4 K’s in the series and didn’t play in the field. It isn’t that Yandy Diaz would have made a big offensive difference, but with his bat speed it would have been interesting to see him take on Chapman instead of one of the Indians lefties (like Kipnis and Brantley) or ahead of Giovanny Urshela.

Despite all of this. The things that could have gone better or been played smarter, there isn’t one single point of blame for one of the best teams in Indians history losing in the ALDS. Of course, we’ve all been here before anyway. An Indians team gets to the play-offs the year after winning the World Series. They have the best pitching staff in decades, the best defensive player in franchise history, the best hitter in franchise history, a great bullpen and a pretty solid manager. And they lost to a Wild Card team.

At least now we can look forward to the Indians losing the 2018 World Series in 7 games against Miami.