Redskins took a calculated gamble on Terrelle Pryor. Still even money on the bet. 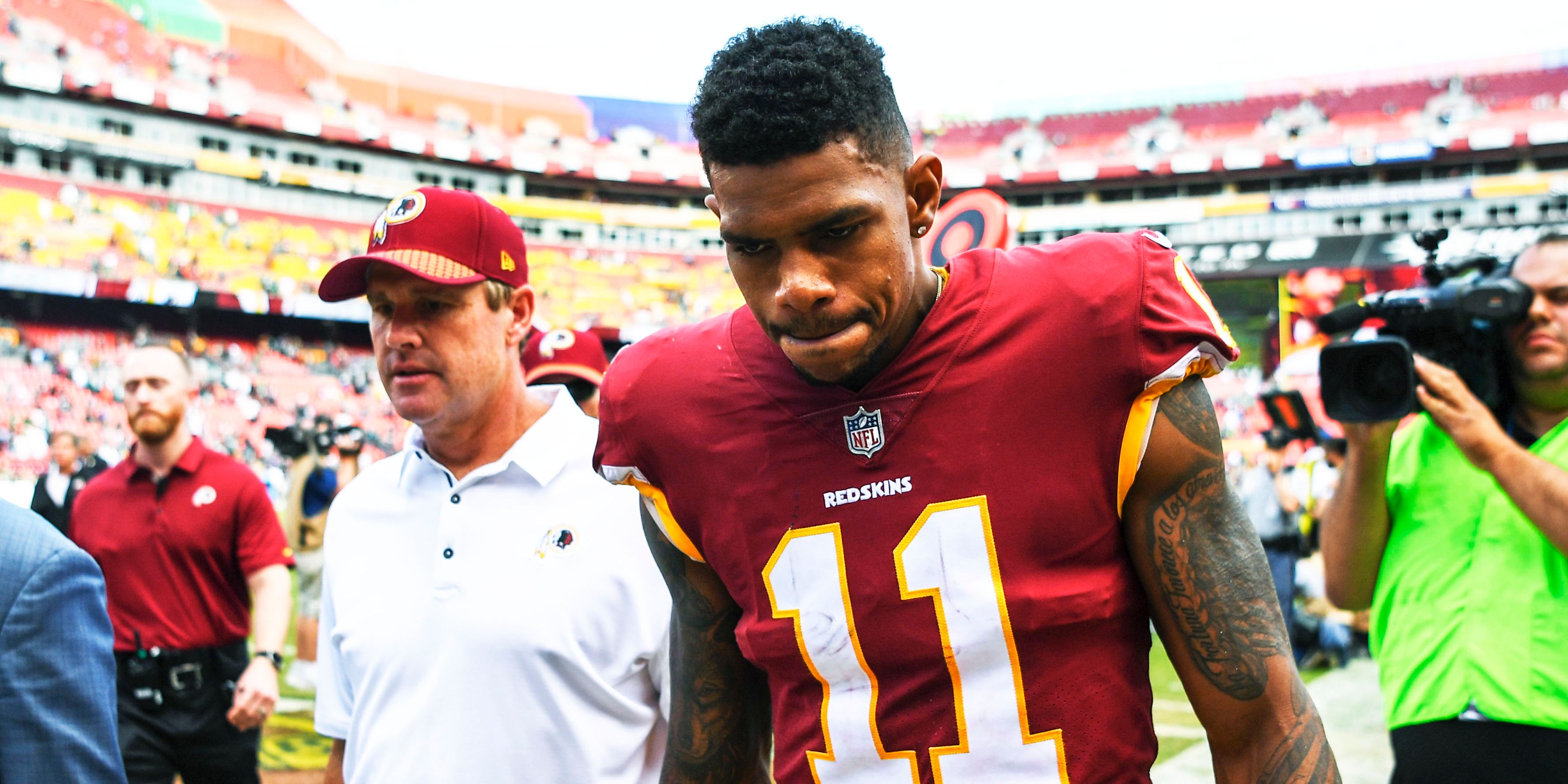 Redskins took a calculated gamble on Terrelle Pryor. Still even money on the bet.

Was there any player more disillusioned at the end of last season than Terrelle Pryor? For his gaudy effort with the league’s most woebegone team, The Browns declined even to lowball a one-year contract to keep him.

Pierre Garcon returns to FedEx Field Sunday with his winless 49ers cohort. Fans speculated that the Redskins would let either Garcon or DeSean Jackson walk in the offseason, but not both.

The ‘Skins offset the loss of two receiving heavy weights with a youth movement, a healthy Josh Doctson and Cleveland cast-off, Pryor. Hog Heaven had an inkling that Washington would pick up Pryor. Unlike Doctson who played the position in college, Pryor is still transitioning to wide out. Signing him was a calculated risk for Washington.

So, how’s that working out?

Here are Pryor’s stats after four games this year compared to his first four games last season while with The Browns.

That’s no proof the bet won’t pay off. Here’s why. Yards don’t count as much as scores.

For all the yards, Pierre and DJacc did not score much – a mere seven touchdowns combined last year. They are trending less this year.

Pryor isn’t doing much better, but here’s the thing. Garcon and Jackson each have 120 games starts. They have peaked. Pryor has 18 NFL starts as a wide out and he did not play that position at Ohio State. He’s still learning the moves. He is tall, athletically gifted, and flashes playmaking flair.

Washington traded yards against Pryor’s potential as a scorer.

that gamble will pay off in the back half of the season when Pryor — and Doctson – are more in synch with Kirk Cousins. And Pryor is a bargain.

That’s nosebleed salaries for low ball scoring. If he makes it here, Terrelle may cost less next season than Pierre and DeSean with no sacrifice to yards or scores.