Twitter reacts to controversial pickoff call that went against Nationals 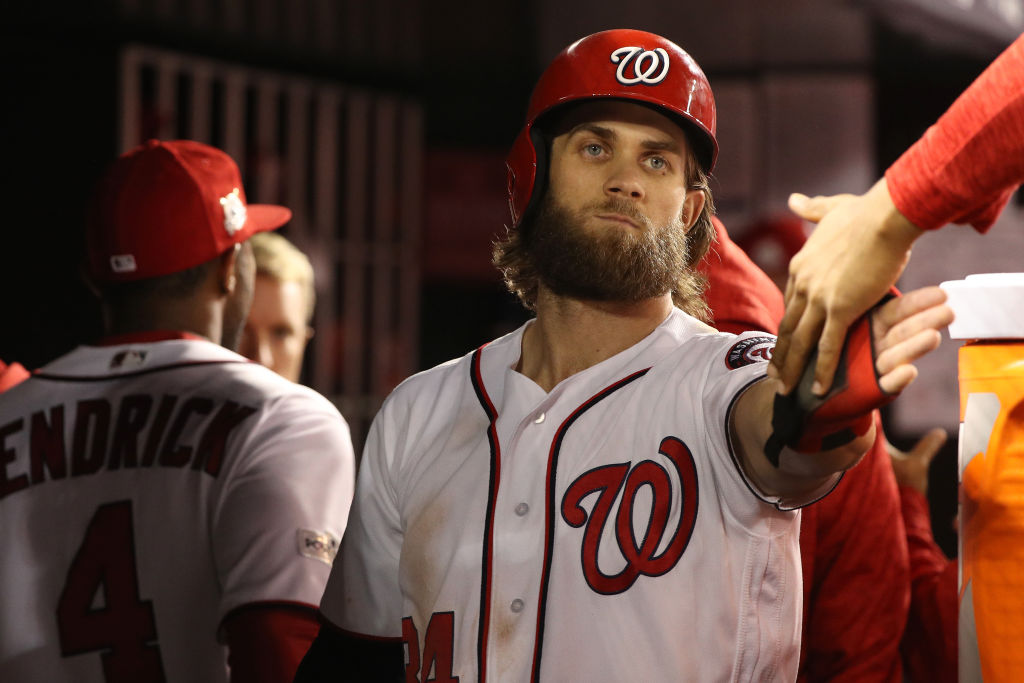 Twitter reacts to controversial pickoff call that went against Nationals

The Nationals and Cubs battled it out in an instant classic on Thursday night, in a game that lasted over four-and-a-half hours.

When it was all said and done, the Cubs won Game 5 of the National League Division Series by a 9-8 margin, and will advance to take on the Dodgers.

The loss for the Nationals added to the long-standing history of playoff losses for a Washington D.C. pro sports team. The Nationals, Wizards, Capitals and Redskins are now a combined 3-14 in winner-take-all playoff games over the last 12 seasons, and this loss was certainly tough to swallow for fans, given the number of miscues the team committed.

But it wasn’t all their fault, either, as the Nationals were on the wrong end of a controversial call, and it happened in the biggest moment of the game, when they appeared to have closer Wade Davis on the ropes.

The play in question happened in the eighth inning, when the Nationals had runners on first and second, with two outs. Trea Turner was at the plate, and during the at-bat, Jose Lobaton was caught off the first-base bag. Willson Contreras threw to Anthony Rizzo, who applied the tag. Lobaton was ruled safe, but the play was reviewed and overturned, although it sure looked to be inconclusive.

The inning ended on that play, and social media exploded just moments after. Here are some of the best tweets.

The Nats today have had a…

Do we really want the NLDS decided by a 5-minute replay of whether an otherwise late tag was held on a pickoff play? #nldsgame5 #Stupid

That pickoff call is the Cubs' version of AJ Pierzynski's third dropped strike in 05. What a baseball game.

Thank you, Jimmy Rollins, for pointing out the real wrong on the pickoff – that Lobaton never should have put himself in that position.

While it wasn't the sole reason for the loss, @MLB NEEDS to fix replay. Pickoff of Lobaton was not clear nor convincing, nor the spirit.

I know they blew this 7 different ways. I will choose to irrationally obsess over the pickoff replay and strike 3/catcher interference thing

And the memes came rolling in as well.

My tv went out after Contreras' pickoff & I had to finish watching the game on my phone. Most stressful half hour of my life #FlyTheW pic.twitter.com/IcLnD3jnmK

Willson after the pickoff pic.twitter.com/Mz2hbrpMdb

It’s hard not to feel bad for Nats fans, especially since the team got hosed earlier in the game on a blown strikeout call.