Hassan Whiteside, Joel Embiid go at it on Twitter 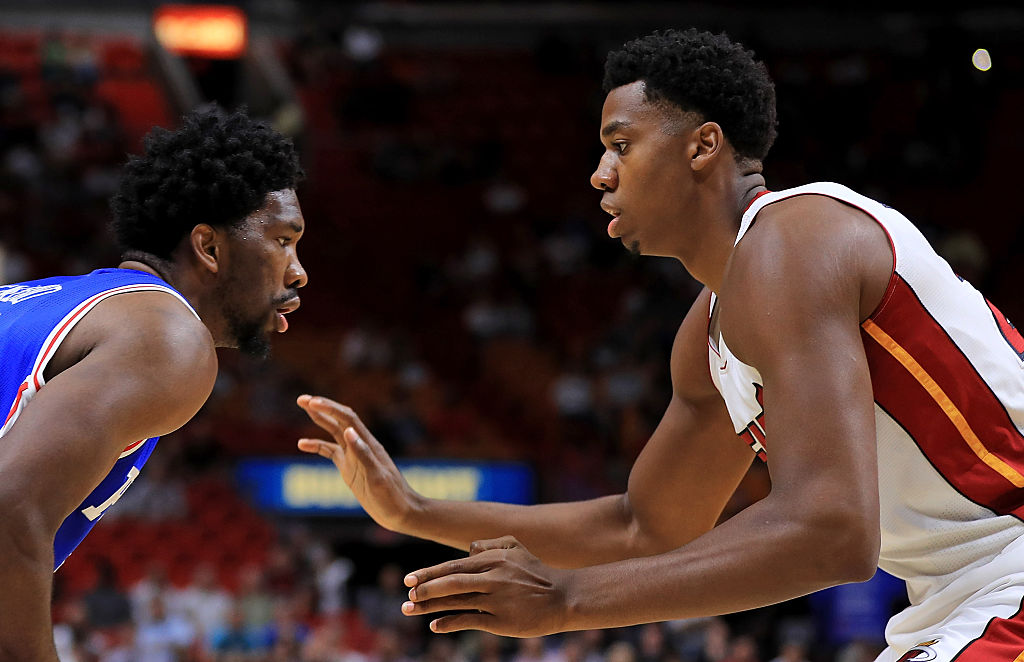 Hassan Whiteside, Joel Embiid go at it on Twitter

It may have only been an exhibition matchup, but Friday night’s game between the Sixers and Heat showed that Joel Embiid and Hassan Whiteside are already in midseason form.

Embiid and Whiteside battled it out on the court from the moment the game tipped off, which was evidenced by the Heat center drawing his third foul just 2:21 into the game. Right after that happened, Embiid taunted Whiteside, pointing to the bench and motioning for the Heat coaches to take their starting center out of the game (watch here).

And while Whiteside smiled when it happened on the court, he clearly wasn’t happy about it, which he indicated after the game on Twitter.

Funny how y’all don’t show me telling him the same and 1-7 shooting 🤷🏽‍♂️ or the first 2 flops I mean blocks. Lol y’all fan boys I swear😂

It didn’t take Embiid long to get wind of Whiteside’s tweets. As expected, he fired back with a few tweets of his own — calling Whiteside a “softy,” among other things.

Dude they had to take your ass out or you would’ve fouled out in 5 min… And we’re talking about Preseason, not regular season….. #Softy https://t.co/IAIBDDypFK

And keep caring about stats and not your team success….. your +/- was ass @youngwhiteside #Softy

Embiid then finished with a joke, which poked fun at how others in the sports world such as Kevin Durant and Roger Goodell’s wife used secret Twitter accounts to defend themselves and others from criticism.

My bad y’all , I thought I was using my burner account #TheProcess

The Sixers and Heat won’t square off in the regular season until Feb. 2, so it will be awhile until Embiid and Whiteside are set to go at it again on the court.