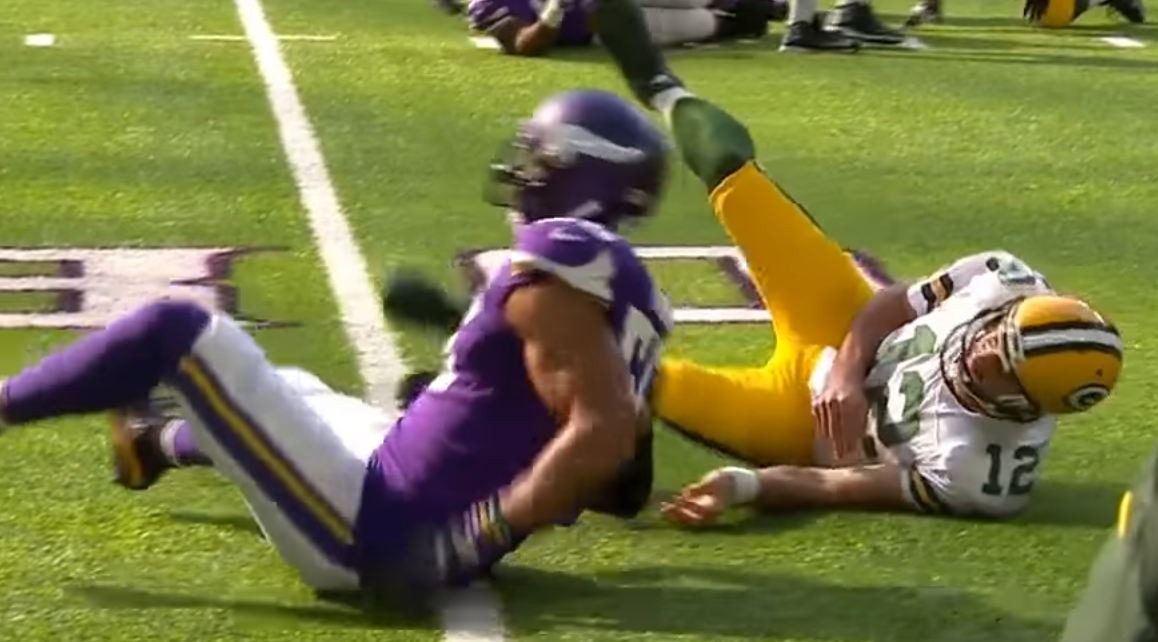 Packers quarterback Aaron Rodgers got drilled by Anthony Barr during Sunday’s game, and he was not happy about it.

It happened when Rodgers escaped the pocket and rolled right to buy some time, when he was met by the Vikings linebacker, who slammed Rodgers to the ground pretty hard. It wasn’t a dirty hit by any means, but did look to be a bit unnecessary.

Barr did a good job of rubbing it in afterwards, though, and Rodgers was not happy about it. He was seen yelling at the Vikings linebacker as he made his way toward the sideline.

Rodgers swearing at Anthony Barr as he walked off. https://t.co/BuqBDs6ohn pic.twitter.com/pXymI9IxPo

Rodgers reportedly suffered a broken collarbone on the play, which could force him to miss the rest of the season.