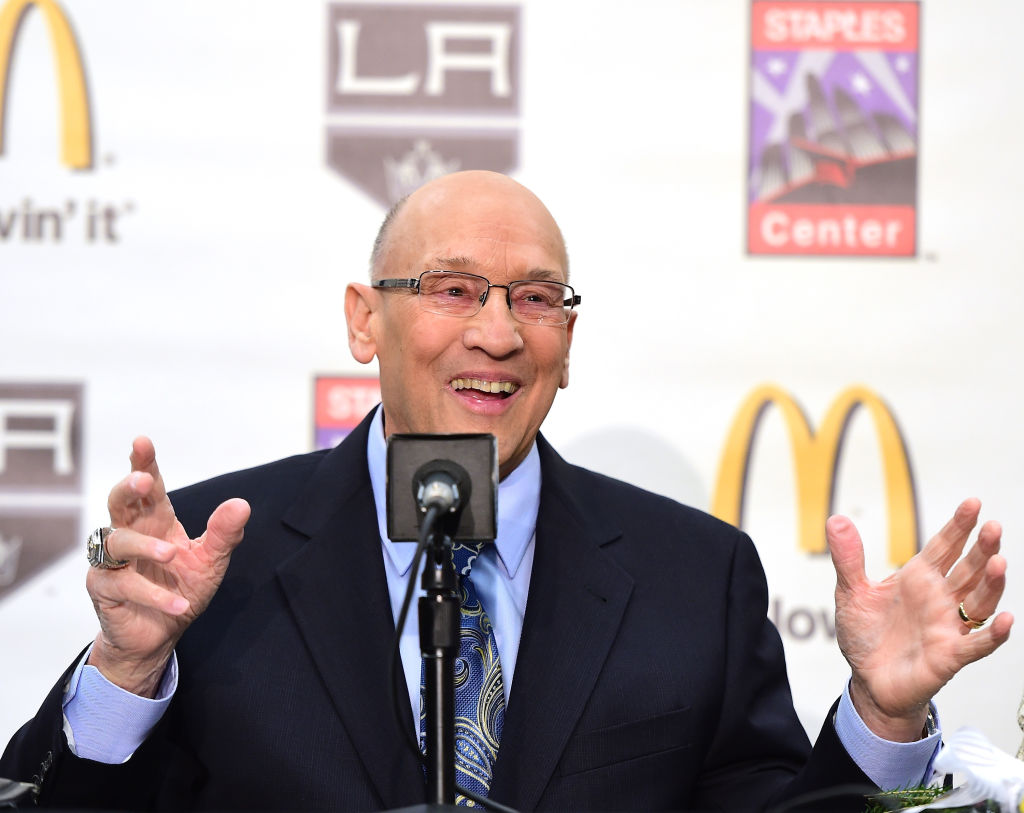 Los Angeles Kings broadcasting legend Bob Miller will be honored with a statue outside STAPLES Center that will be unveiled on Saturday, January 13, as part of “Bob Miller Celebration Day.” The announcement came at a special event at Los Angeles City Hall as Miller was honored during the LA City Council meeting.

“There are moments in a person’s career that never enter your wildest dreams. A statue of me unveiled outside STAPLES Center is something I never thought of in my life. I wish to thank AEG and LA Kings management for this distinction. I am truly honored to be joining some of the great athletes of our time, as well as my good friend, the late Chick Hearn, who 44 years ago recommended me for the Kings job. Being with one professional NHL team during my career has been an extreme pleasure,” said Miller.

“Bob Miller will forever be the Voice of the LA Kings and we look forward to honoring Bob and his family as part of this very special evening in January. It is a tremendous honor and one Bob certainly deserves,” Robitaille, now the Kings President of Business Operations said.

The special statue unveil will take place as part of a pregame ceremony, which will be broadcast live on FOX Sports West, before that night’s Kings-Ducks game which begins at 7:30 p.m.

All fans in attendance for that night’s game will receive a special Bob Miller BOBblehead Giveaway presented by FOX Sports West.

Additional details regarding Bob Miller Celebration Day at STAPLES Center will be announced at a later date.

In addition, Miller will be presented with the “Lifetime Achievement Award” during the 13th Annual LA Sports Awards on Tuesday, February 6, at The Beverly Hilton Hotel. Full details and ticketing information will be announced soon.