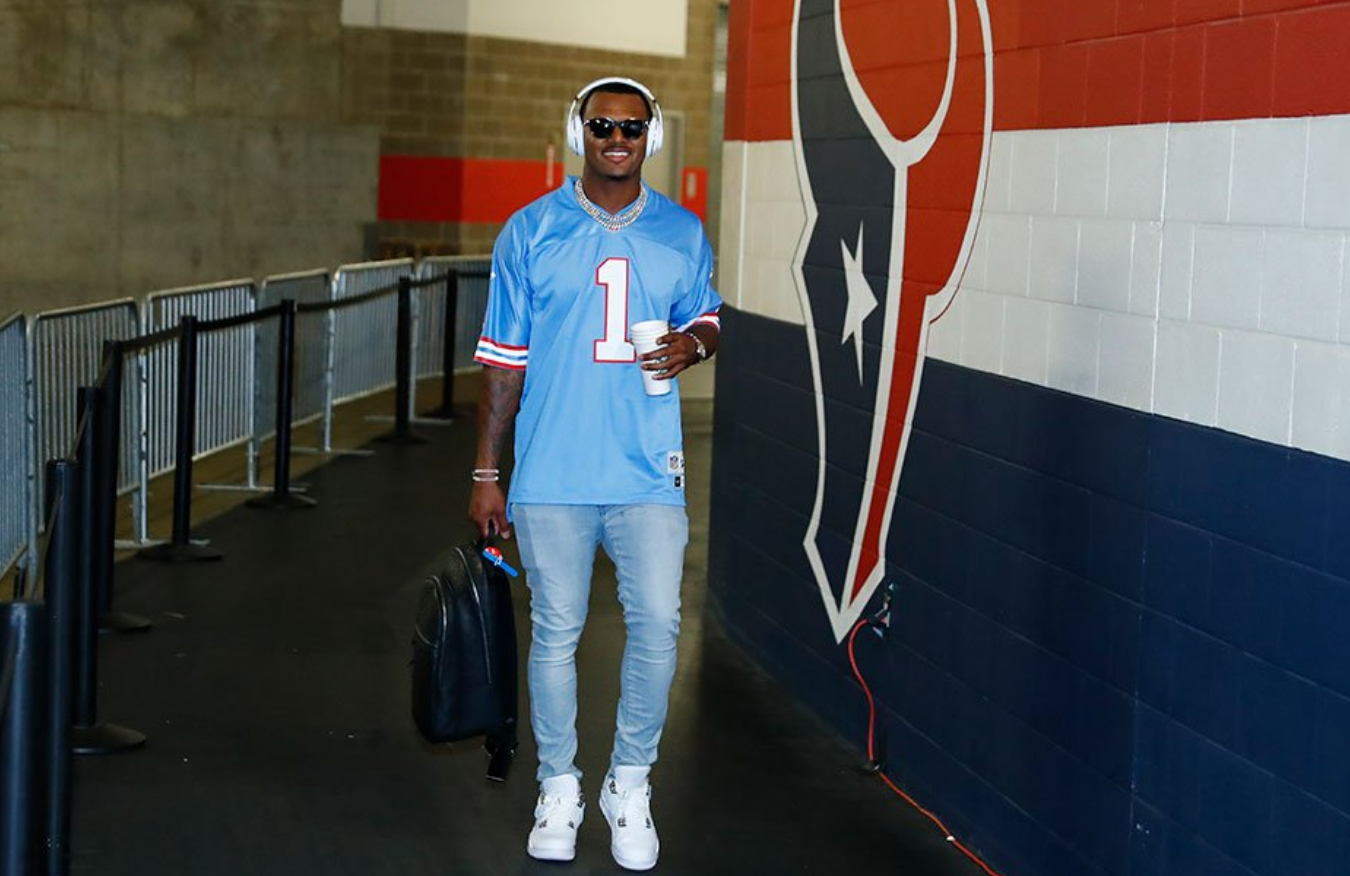 Texans rookie quarterback Deshaun Watson has burst onto the NFL scene, and is the most exciting young signal-caller in the game right now.

Watson makes plays with both his arm and his legs, which reminds many of a former Houston great — Warren Moon.

The Texans young quarterback paid tribute to Moon by wearing his jersey before Sunday’s game against the Browns. Take a look.

Maybe he really respects Moon’s game, or maybe he’s just really excited the Browns — who the team is squaring off against today — didn’t draft him.