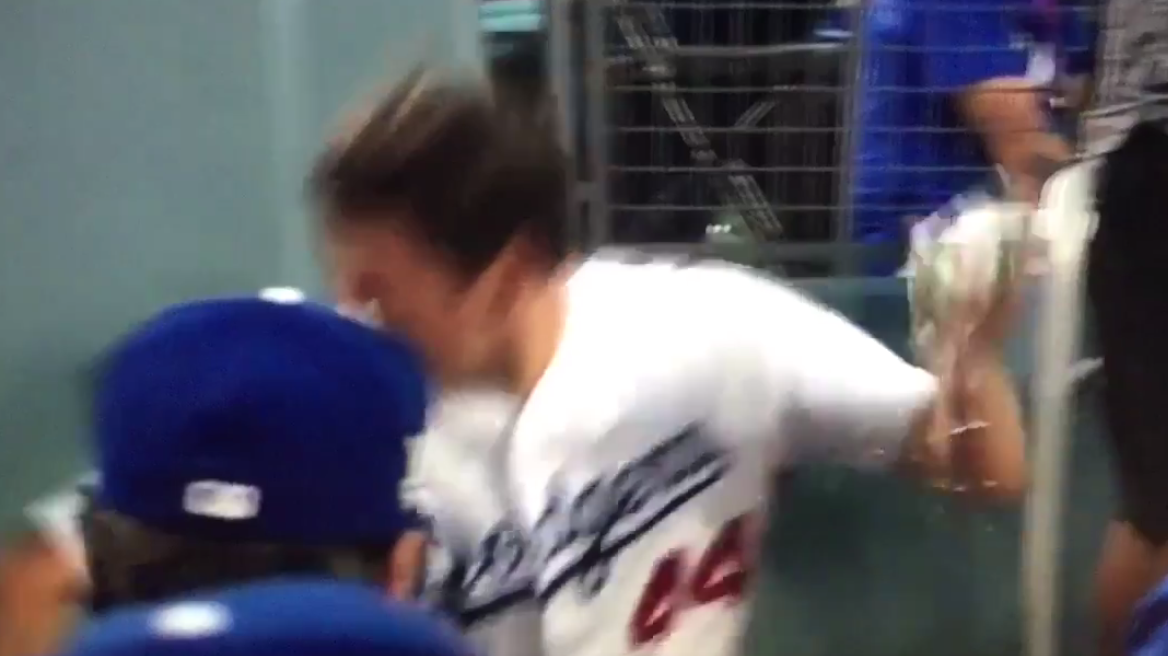 Dodgers pitcher Rich Hill gave up the first run in Game 2 of the National League Championship Series on Sunday, and he was not happy about it.

It happened in the fifth inning, when Addison Russell led off and crushed a home run to give the Cubs a 1-0 lead. Hill got out of the inning with no additional damage done, however, although he did give up a single to opposing pitcher Jon Lester.

Hill made his way to the dugout after retiring the side, and clearly was not happy about his performance. He took his frustration out on a Gatorade cup, which he slammed to the ground.

The Dodgers picked him up in the bottom of the inning, though, as Justin Turner drove in a run to tie the game. As for Hill, though, his day was done after the cup throw, and he finished with just three hits given up and eight strikeouts.