The Blues are allowing too many shots and need more possession 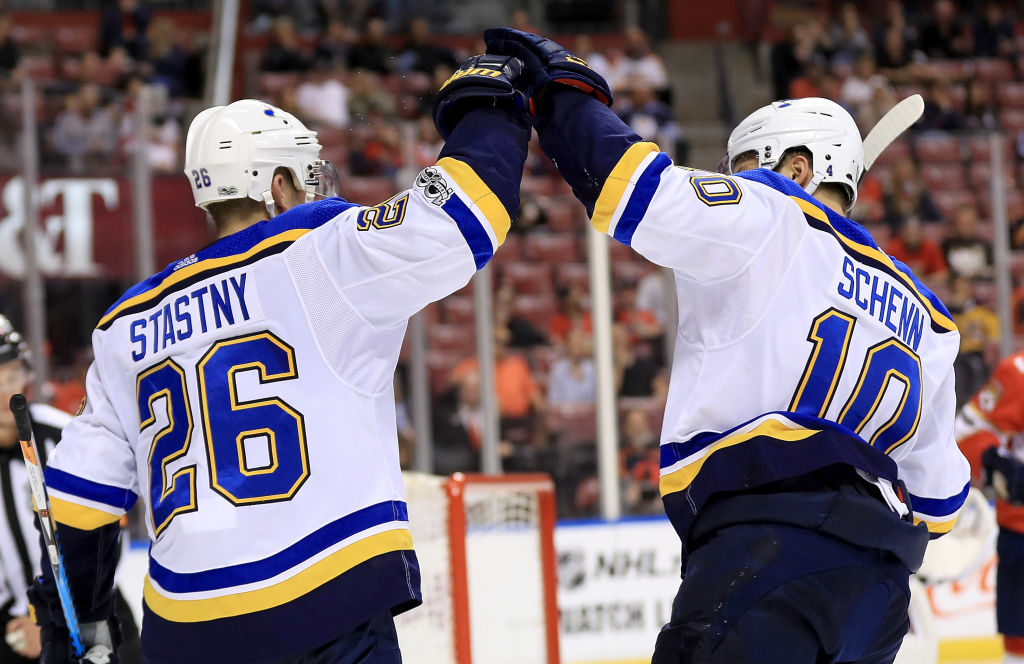 The Blues are allowing too many shots and need more possession

Judging by the reaction on Twitter, the St. Louis Blues are falling apart now that they have lost two consecutive games. That’s a pretty big overreaction, but there are some critical areas the Blues need to work on moving forward.

Every team has a laundry list of things they need to adjust now that the season is rolling along. Such is the case with the Blues. One of the most troubling issues revolves around how many shots are reaching Jake Allen each game. The Blues have to help out Allen more.

Allen has faced the second-most shots of any NHL goaltender (180). Only Mike Smith of the Flames has been asked to save more shots (211). Of those 180, Allen has successfully saved 165 for a save percentage of .917. That, combined with his GAA of 2.96, has left some fans asking for more.

To be fair, Allen has made some outstanding, world-class saves this season. He has also let in a few goals that many fans think he needs to save. Such is the life of a goaltender. Allen may need to be situationally more consistent, but the fault here really lies on the players ahead of him allowing a near constant barrage of shots.

Immediately, some may jump on the Blues for not blocking enough shots. That hasn’t been the case. The Blues have blocked 104 shots this year which is the second-most in the NHL. Only the Ottawa Senators have blocked more (105).

They key to helping Allen out relies on the Blues controlling the puck more. Currently, their possession numbers are pretty disappointing.

The Blues’ Corsi For % is at 43.7%. That’s the lowest Corsi For % in the NHL and illustrates how little the Blues have controlled the puck during their first six games. Adding on, the Blues’ defensive zone start percentage is at 55.5%, meaning that the Blues are taking far more draws in their own zone than in the offensive zone. Summarized, opposing teams are thoroughly dictating the game. With that in mind, it’s kind of remarkable the Blues are 4-2-0.

The issues above that are backed by statistics, as well as the visual anecdotal evidence that shows the Blues are mostly confined and sitting back, is the most worrisome aspect of the team’s start.