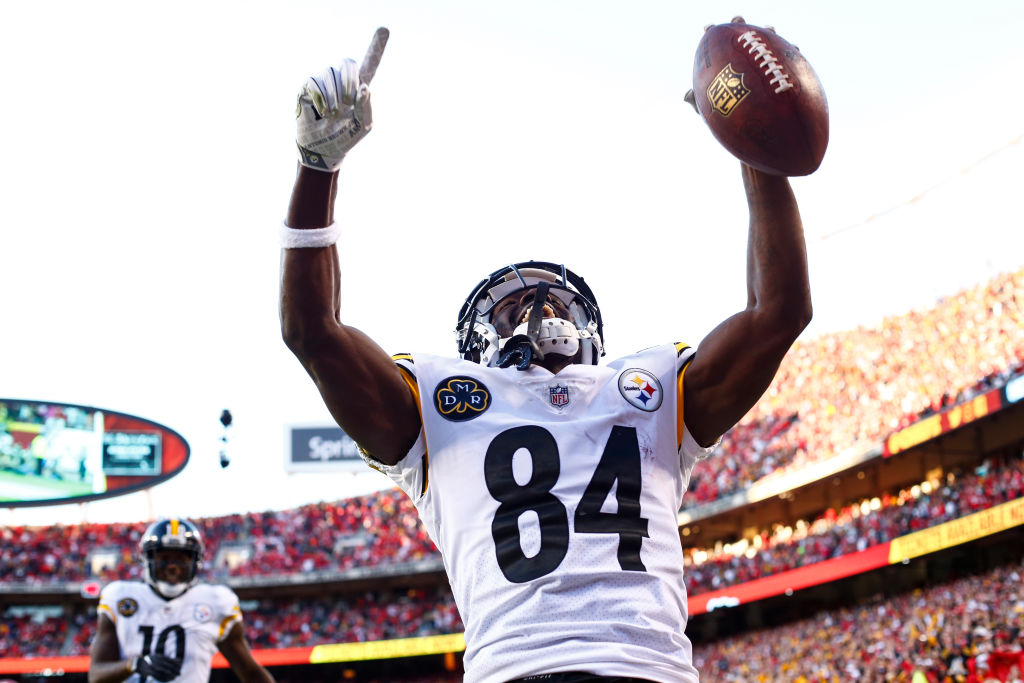 Antonio Brown, when his head is in the game, is the best receiver in the NFL.

After a bit of dissension seemed to bring the Steelers down a bit, they refocused and rebounded in a big way — handing the Chiefs their first loss of the season.

And Brown’s spectacular fourth-quarter catch is a big reason why.

It happened when Ben Roethlisberger floated a pass toward the sideline, intended for brown. Chiefs cornerback Phillip Gaines got his hands on it, and appeared to be in position to pick it off. Instead, though, it deflected off his fingers, and Brown, who somehow had the concentration to make the adjustment in a moment’s notice, came down with the football before Daniel Sorensen could.

And it didn’t end there, as Brown took it the distance to give the Steelers a two-score lead.

Pittsburgh ended up winning by two points, so that play was huge. And man, what a catch.

The Floor Seat 21m ago