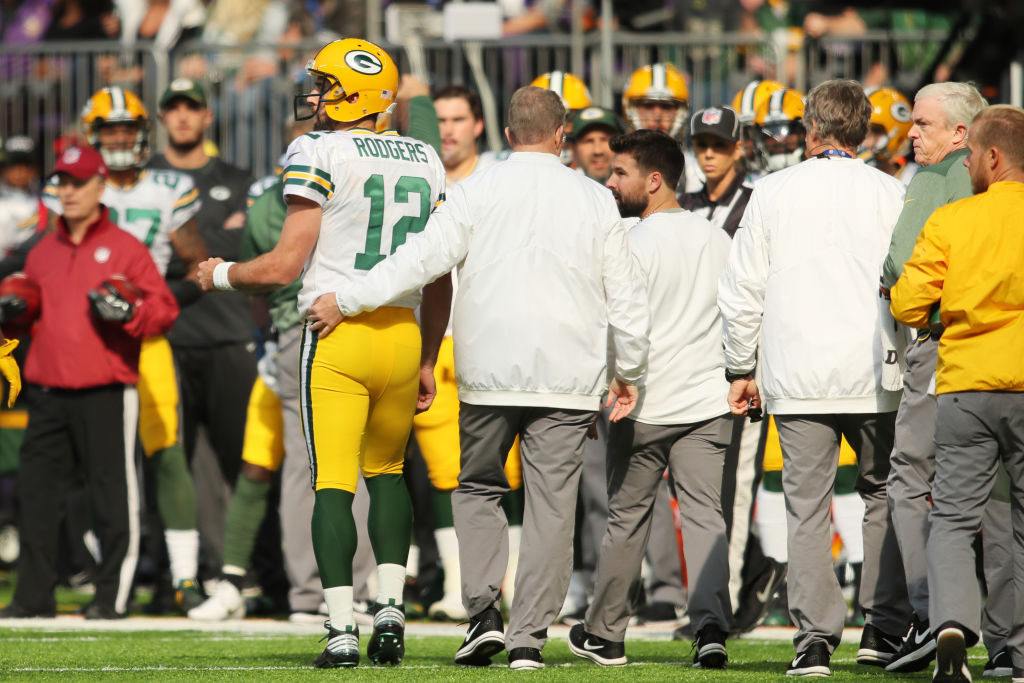 The Green Bay Packers’ 2017 campaign took a turn for the worst when Aaron Rodgers — who many agree is the best quarterback in the NFL right now — suffered a broken collarbone in Sunday’s game against the Minnesota Vikings.

It happened when Rodgers rolled right on one particular play in the game, and was tracked down and slammed to the ground by Vikings linebacker Anthony Barr. It wasn’t a dirty hit or cheap shot, but did appear to be a bit forceful. Rodgers wasn’t happy about the hit or the way Barr seemed to rub it in afterward, and he let the Vikings linebacker know about it as he walked off the field (watch here).

Head coach Mike McCarthy wasn’t a fan of it either, which he revealed in speaking to the media on Monday.

“I didn’t like the hit,” McCarthy said. “I had a chance to watch it last night on the plane. He’s out of the pocket. He’s clearly expecting to get hit, but to pin him to the ground like that, I felt was an illegal act. To sit here and lose any of your players on something like that doesn’t feel very good. I didn’t like the hit. It was unnecessary, illegal, whatever you want to put it. It was totally unnecessary in my opinion.”

He was also asked about the possibility of Rodgers returning this season, and the Packers head coach did not rule it out.

“The key is to get Aaron healthy, it’s not to develop a timeline,” McCarthy said. “That’s not the focus.”

It’s no surprise that McCarthy went to bat for Rodgers, especially since he’s such an integral part of the Packers’ success, and makes the entire team better. The hit didn’t appear to be illegal, but it did look to be unnecessary.

And sure, Barr could’ve been flagged for the way he drove Rodgers into the ground, but that’s a trade the Vikings would have been happy to make. With Rodgers set to have surgery and now out for an extended period of time, the division title is up for grabs, and the door is now wide open for the Vikings.