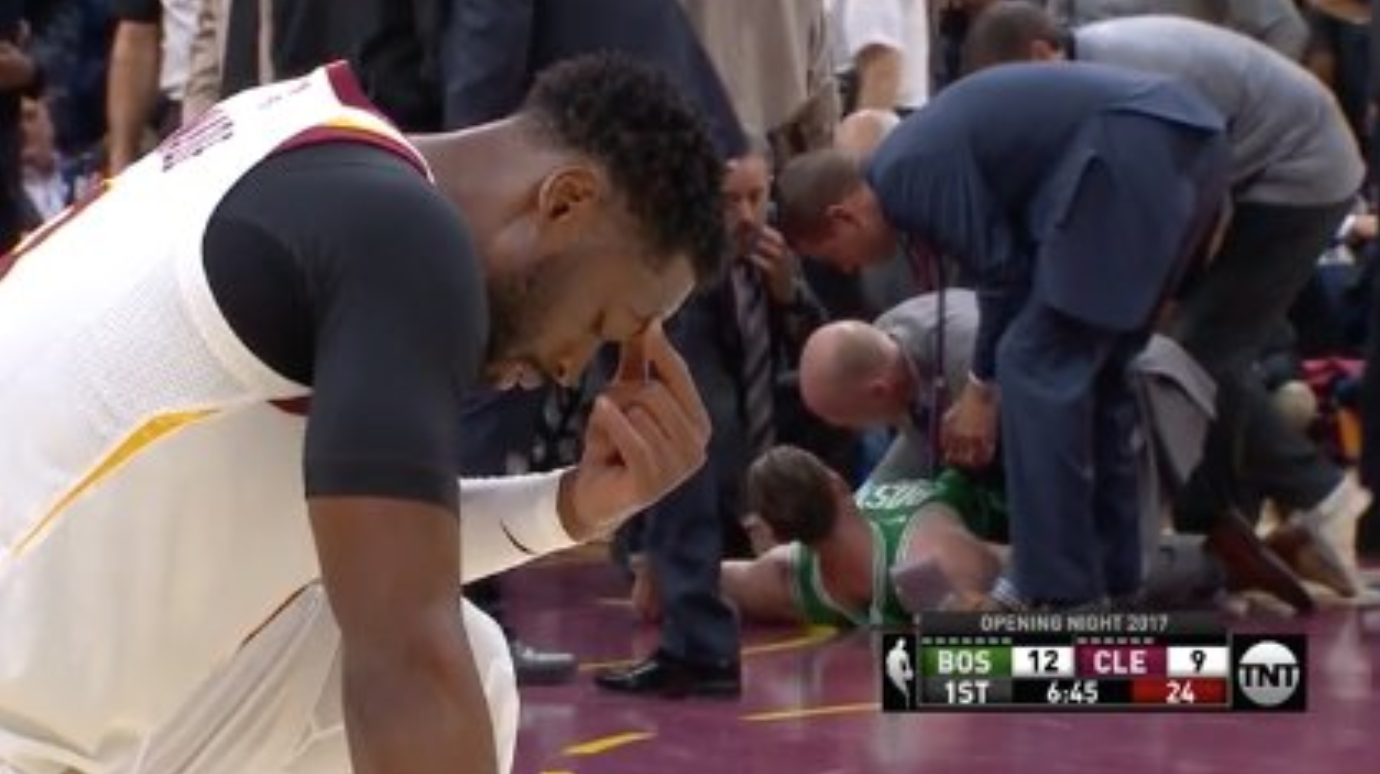 Hawyards leg bent back very awkwardly after attempting to catch a lob pass early in the first quarter. Well, Hawyard was on the fool his ankle was bent in a way ankles should not be bent. The Celtics and Cavaliers were both seen praying on the floor well trainers helped Hayward get onto the stretcher and off the court.

No additional information has been made available yet and it is unclear how serious the injury is but it does not look good. You can see the injury below.

UPDATE 10/17/17 8:54 PM ET: The Celtics have announced that Gordon Hayward has a fractured left ankle.

UPDATE 10/17/17 10:24 PM ET: Per Abby Chin (NBC Sports Boston)- Gordon Hayward has left the arena on a stretcher in an ambulance with family members. Gave fans a thumbs up as he left.

UPDATE 10/17/17 10:35 PM ET: Per Mike Gorman NBC Sports Boston- early word on the fracture is that it’s clean, does not appear to be ligament or blood vessel damage.

Here's the video of Gordon Hayward breaking his leg. Don't watch if you have a weak stomach. pic.twitter.com/I12njFA1uR