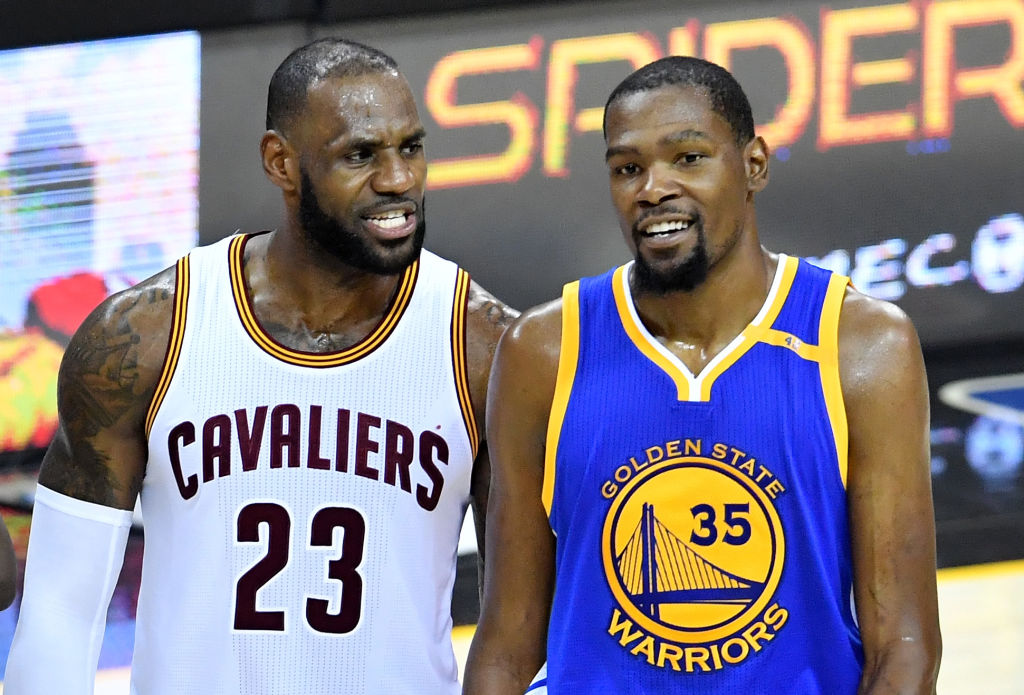 In June of 2006, an event occurred that changed the landscape of how we think as a culture — the launch of Twitter. Nothing changed the NBA landscape that off-season unless you count the Toronto Raptors drafting Andrea Bargnani over LaMarcus Aldridge in the 2006 draft. (Listen, I maintain that was a dumb move by the Raptors to this day.)

Twitter was a way for people to communicate in 140 character strains of thought. As the platform grew, common people weren’t the only ones to join the trend. Athletes, celebrities, and politicians eventually used the medium as a way to communicate with fans and constituents. Some of those people (and some common-folk) shouldn’t really be on Twitter, but hey, you take the good with the bad.

The idea of short bursts of thought can be interesting, and my NBA Preview has been in that format since I started doing them for Total Sports Live. For every team in the NBA, I produce a 140 character thought. It could be a really hot take or just something interesting to me about that team. There are interesting thoughts for each team, so let’s get started.

Boston Celtics:
Celtics will be the best team in the East during the regular season (likely #1 seed). Then, Isaiah Thomas will haunt Boston in the playoffs.

Brooklyn Nets:
Nets will still be bad, but they’re not the worst team in the East. Russell/Lin is an interesting backcourt duo. Bet the over (26 ½).

Charlotte Hornets:
Hornets might be top-4 in the East. Kemba becomes a 2x All-Star because many went west, and Monk gets 50+ ppg in 4 games vs. the Knicks.

Chicago Bulls:
Took Markkanen with Dennis Smith, Jr., Monk, and Donovan Mitchell still on the board. That’s really all I need to say. The Bulls will stink.

Detroit Pistons:
Stan Van Gundy is still the President of team operations and coach, right? Then Detroit doesn’t matter. Is there ANYONE fun on this team?

Indiana Pacers:
Pacers have talent (Turner, Oladipo, Young, Jefferson, Lance) to not be a disgrace, but one or more of those should get moved for picks.

Milwaukee Bucks:
Take the under (46 ½) since Jabari Parker is still out until the ASB. Once he returns, no one will want to play the Bucks in round one.

New York Knicks:
The Knicks enter year one of the “Porzingis Era”. (Thank god!) Porzingis could be an All-Star this year and possibly Most Improved Player.

Orlando Magic:
I have no idea what this Magic team is or what their front office is doing. I just know Orlando is bad. Watching Isaac could be fun, though.

Philadelphia 76ers:
If Embiid is healthy and plays 50+ games, the Sixers are top-6 and pretty scary for someone in round one. If not, another year of waiting.

Toronto Raptors:
“If C.J. Miles shoots well, the Raptors are going to be really good.”
If that’s your rationale headed into the season, I’m worried for you.

Washington Wizards:
Trade. For. “Boogie”. Cousins.
Just do it, Washington. Otto Porter and picks for Boogie. You know you want to.

WESTERN CONFERENCE
Dallas Mavericks:
Dirk at age 39 is wondrous. Second, Dennis Smith, Jr. is going to dunk on someone with so much force that the arena literally explodes.

Golden State Warriors:
Golden State’s over/under is 67 ½. Tell me why this team can’t win 68+ after keeping everyone AND ADDING Nick Young and Omri Casspi?

Houston Rockets:
Lots of Hall-of-Fame caliber talent at the PG position between Paul and Harden. Solid bench. Will they be better than 26th on defense?

Los Angeles Clippers:
There’s only one thing I want to see the Clippers do: “Point Blake”. That’s the only thing that makes the Clippers interesting to me.

Los Angeles Lakers:
Lonzo is my ROTY pick simply because he’ll have the ball in his hands more than any other rookie. These young Lakers could be entertaining.

Memphis Grizzlies:
Marc Gasol or Mike Conley, Jr. One of those guys is getting moved to kick-start a rebuild that should’ve happened at least three years ago.

Minnesota Timberwolves:
If the Timberwolves place lower than 6th, this season is a failure. Minnesota has NO EXCUSES, anymore with Towns, Butler & Wiggins.

New Orleans Pelicans:
Gentry is my pick to be the first coach fired when NOLA starts 9-21. After that, the question is when Anthony Davis will be traded.

Oklahoma City Thunder:
Westbrook. Carmelo. PG-13. OKC knows basketball is only played with one ball among all 5 players, right? Thunder still not a legit threat.

Phoenix Suns:
From January to the end of the year, Devin Booker scored 24.9 points shooting 38% from three. If he’s hot, turn that game on immediately!

San Antonio Spurs:
Spurs haven’t finished lower than 3rd since ’97-’98. They’re not the best, but no one’s reading the obituary. Spurs are old but still great.

Utah Jazz:
March 28, 2018. Watch Rudy Gobert attempt to end the career (and possibly life) of Gordon Hayward. They’re in that fight for the 8-seed.