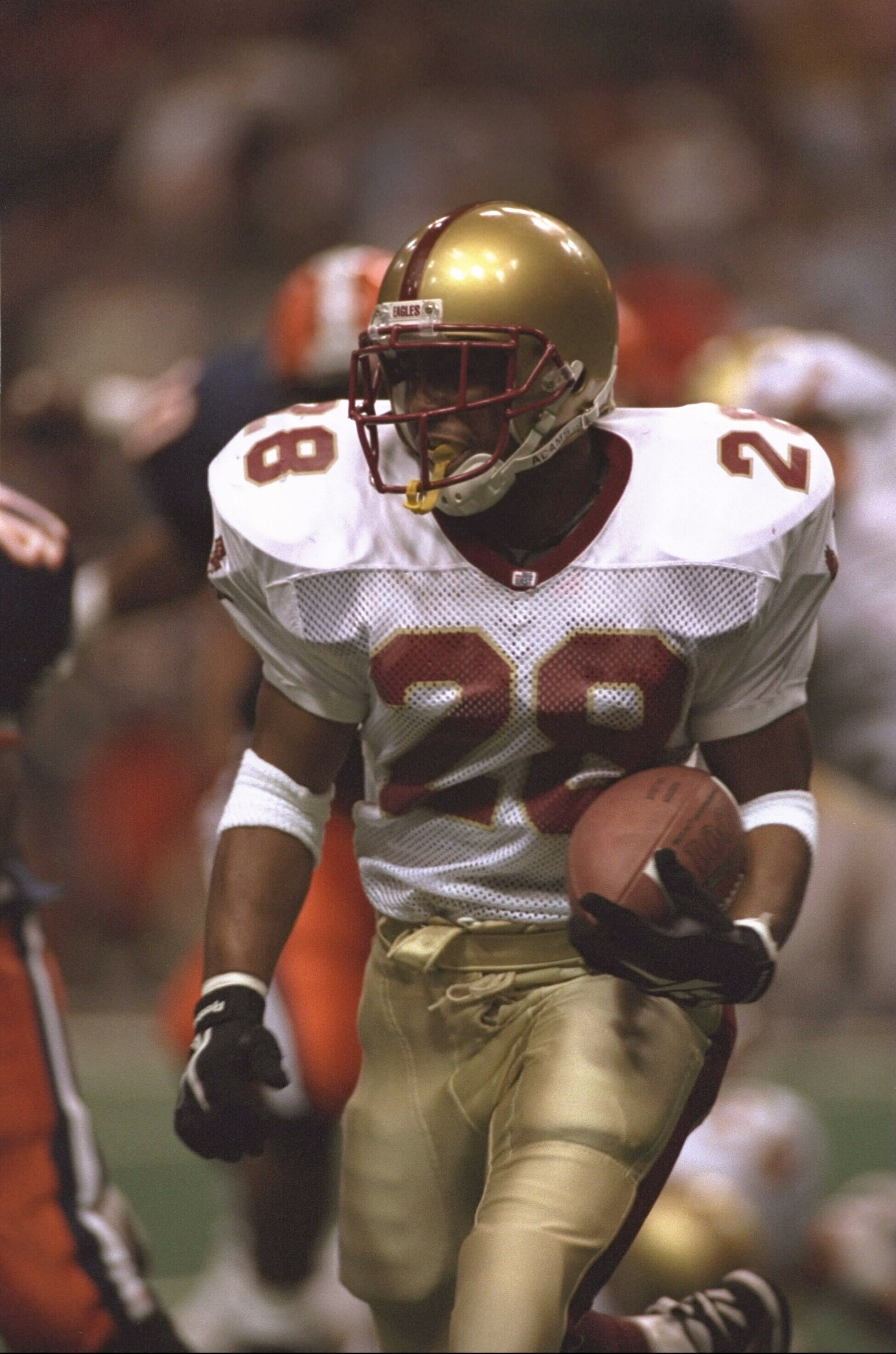 Boston College is back in the headlines after a stunning 45-42 win over Louisville but this time it has nothing to do with what happened on the field or with this year’s team. Ex-BC Running Back Jamall Anderson spoke with TMZ Sports and said he could prove that illegal recruiting took place at Boston College in 1995.

Anderson gave TMZ Sports a video claiming that it was at a requirement party that took place on the BC Campus in 1995 well he attended the University. The video shows players all in a room with stripers and alcohol. Well talking to TMZ Anderson also said he committed credit card fraud to fund the parties.

But Anderson did not make it through his four years at Boston College as in 1997 he was one of the players who was kicked off the team for his involvement in betting scandal on college sports games including games he played in.

Boston College released a statement saying “This 22-year-old video, which is alleged to have taken place at Boston College, depicts unauthorized and unacceptable behavior that does not reflect the culture of BC or the standards to which our student-athletes are held.”

Anderson released this video to help promote his new book coming out on December 6th. The book it titled “The Best Bet: The Tell-All of the Biggest Gambling Scandal in the History of NCAA College Football a Memoir”.

The TMZ video can be viewed below.