Your Morning Dump... Where it's go time. 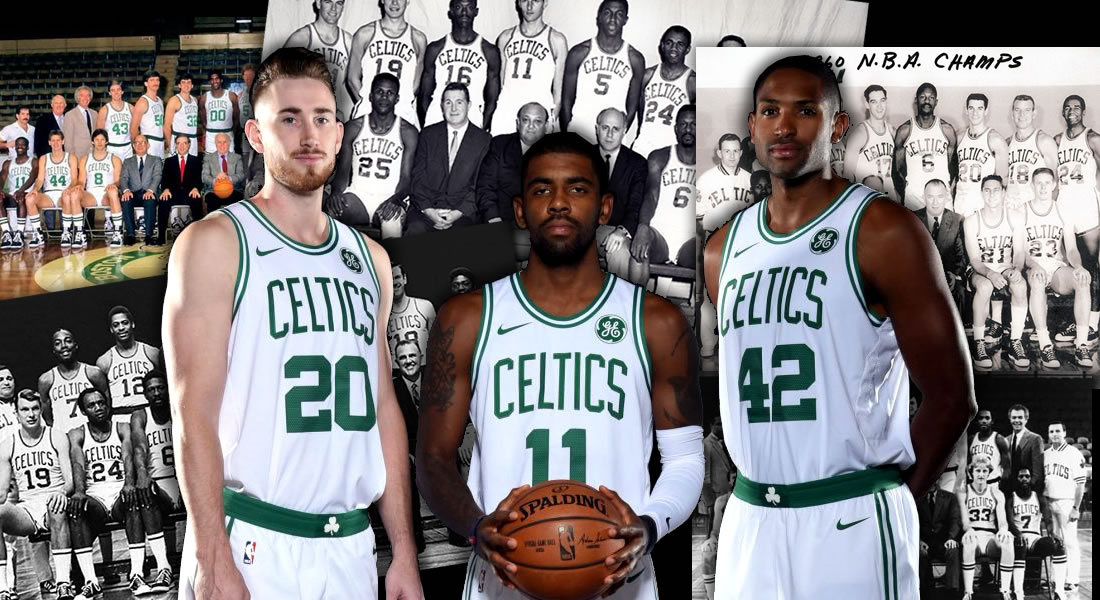 Your Morning Dump... Where it's go time.

So here we are. Day one of the 72nd season of Boston Celtics basketball.

And it’s been a long long time since the 71st season ended, as recounted by the Globe’s Adam Himmelsbach

On May 16, Celtics co-owner Steve Pagliuca was sequestered in the draft lottery room in New York, and he was anxious. When the accounting firm Ernst & Young came in to oversee the drawing, Pagliuca smiled at them and said “La La Land,” a joke about the Best Picture mix-up at the Oscars three months earlier that had been caused by a different firm’s error.

“That didn’t go over well,” Pagliuca said. “I was trying to lighten the mood.”

Remember when that was the big story of the Celtics’ off season? Boston landing the number one pick in the draft?

“There was a time we thought we wouldn’t do it, because they weren’t willing to give an unprotected pick,” Ainge said. “We were seeing if we could find something better.”

Ultimately, the teams agreed to parameters. Boston would get the Lakers’ choice if it fell between picks 2-5 next year, or the better of the Kings’ and 76ers’ picks in 2019, unless it was No. 1 overall.

The Celtics had become enamored with Duke forward Jayson Tatum.

And that? We thought we’d seen it all. I, frankly, had been uncritically accepting of the conventional wisdom placing Fultz all by himself at the top of the class (related: Jayson Tatum will likely be starting tonight; Markelle Fultz is coming off the bench.)

On July 4, Ainge was at the Utah home of his son Tanner, and Zarren was in his Salt Lake City hotel room working on other deals. The Celtics were playing in the Utah Jazz Summer League and it was their only off day, so Stevens and some other staffers took their children zip-lining in nearby Park City.

That morning, ESPN reported that Hayward had chosen Boston. But Hayward’s agent, Mark Bartelstein, publicly and forcefully denied that a decision had been made, and he told Ainge the same thing.

Internally, the Celtics were concerned that the backlash in Utah from the Hayward report could give him cold feet, or that it could cause the Jazz or Heat to make one last push. Stevens sent Hayward a short text message to check in. Finally, at 7:48 p.m., Hayward posted on the Players’ Tribune that he was bound for Boston.

Remember that drama? Boy, we thought we’d seen everything…

Zarren was often on the phone with one team while others beeped in. He filled two hotel notepads scribbling callback lists and potential offers.

Dude, that’s not an impressive stat. Those things have like six sheets of paper in them.

The Celtics did not want to trade Avery Bradley, but they had been enamored with Marcus Morris ever since the 2011 draft. And now he had become even more intriguing, because he had a manageable contract and they believed he defended LeBron James better than most.

After about two hours of negotiations, Boston agreed to send Bradley and his $8 million salary to Detroit for Morris, who makes $5 million, allowing the Celtics to sign Hayward.

“Leaving summer league in Vegas, I think we all thought, ‘Yeah, this is our team,’ ” Zarren said. “And we felt pretty good about it.”

Yeah, as an afterthought, we have to mention the trade that sent the longest-tenured Celtic to the Pistons–for a guy who was facing felony assault charges.

“It’s always my peaceful time of the year, and I had a pretty good feel for what we were going to try to do,” he said. “Then, it got blown up.”

Brad Stevens, master of the understatement.

“I know Koby pretty well, so I called and said, ‘Hey, is this real?’ ” Zarren said. “And he said he didn’t think everything that was reported was right, but that they might look into moving Kyrie if the right trade came along, but that it would depend on the situation. And, also, they probably didn’t want to trade him to us. He said that right away.”

The Celtics and Cavaliers have declined to publicly discuss specifics of that uncomfortable week that followed the initial agreement, and according to a league source, the NBA instructed both sides to keep quiet about it.

Yes, the Celtics and Cavs haven’t said much about that week–a week when, according to Grousbeck, he was negotiating with Dan Gilbert via text. But there was a pretty clear distinction in the way these two teams handled that mess, or rather, which team decided to turn that trade into a mess.

Frankly, after revisiting the insanity of the off-season, tonight’s matchup with the Cavs, which will feature 90% more LeBronFace(TM) than usual due to his tender ankle, seems almost… anticlimactic?

Page 2: Where Kyrie’s happy to be a Celtic

“It’s been a lot more than I expected because, even though you hear so much about the Boston Celtics, you can only really truly understand if you’re blessed enough to throw on a Boston jersey and be enriched in the culture,” said Irving. “Just look at the banners around [the team’s practice facility], man. This is every single day we understand what the tradition and culture was built here and what we’re trying to uphold, and what we’re trying to accomplish as the current Boston Celtics players.

“It’s a high price, and it’s high expectations, but it’s well worth it. It’s so exciting to see just the amount of culture that’s here, man. That’s what I’m more excited about. I feel it, I know it. I know I’ve only been here for a short amount of time, but the reception has been awesome, in terms of me getting traded here and seeing everybody here and all the fans and how excited they are for the season to get started.”

Like a few guys who were on the team last year but aren’t any more, Kyrie’s got a real appreciation for the Celtics organization; for him it’s the first professional organization he’s been part of that is, well, organized.

There’s one point specifically worth pulling out of that quote:

Yes, the Celtics had turned over a lot of the roster before the Irving trade, but their core identity was still tied up in Crowder and Thomas; this was a team with a chip on its shoulder: “pick me last again”, and all that.

Celtics basically gave up who they were, who they became, over the past three years, in order to get Kyrie. So, yeah, you better believe it was a high price.

Finally, the team’s got jokes:

Tomorrow, it's all about the game face.

But today…. just try to keep a straight face 😜 pic.twitter.com/dM6Qg6rBBX

Jaylen Brown, the only player to correctly guess the punchline to his ‘joke’, is, in that still above, every single one of us as we sit through a series of jokes that were rejected by Bazooka Joe comics.

The rest of the links: Super season opening spectacular edition!

NBC Sports Boston: Smart ‘not worried’ about lack of extension | Celts’ theme song may be ‘Getting to know you’ | Start of something big

NESN: Here’s How Cavs Reportedly Will Honor Kyrie Irving In Opener Vs. Celtics