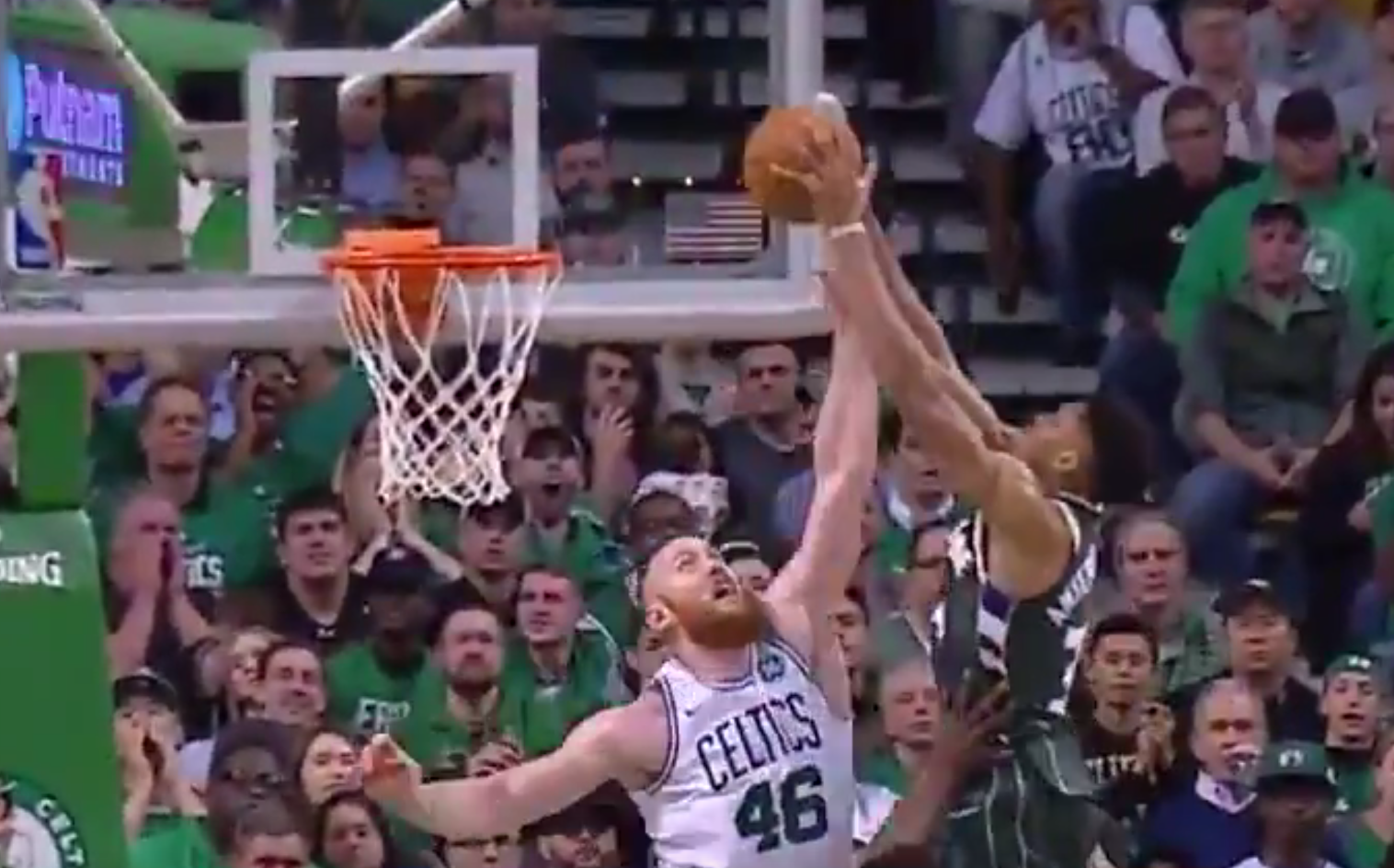 Aron Baynes tried to disrupt Giannis Antetokounmpo’s attempt to finish off an alley-oop during Thursday’s Celtics-Bucks game, and that proved to be a very bad idea.

Baynes played great defense on the play, and if Antetokounmpo didn’t have ridiculously long arms, there’s no way he would’ve been able to throw down the dunk. But he does, and so when the ball was floated more than five feet away from the hoop, Antetokounmpo grabbed it with both hands and slammed it through the basket — over Baynes.

This is insanity! #FearTheDeer pic.twitter.com/83gSSTehpM

It looked as if Baynes didn’t even know that Antetokounmpo was able to dunk the ball through the hoop successfully, given his reaction. And who can blame him? Antetokounmpo is a special player who sometimes does things on the court that few other players can pull off.