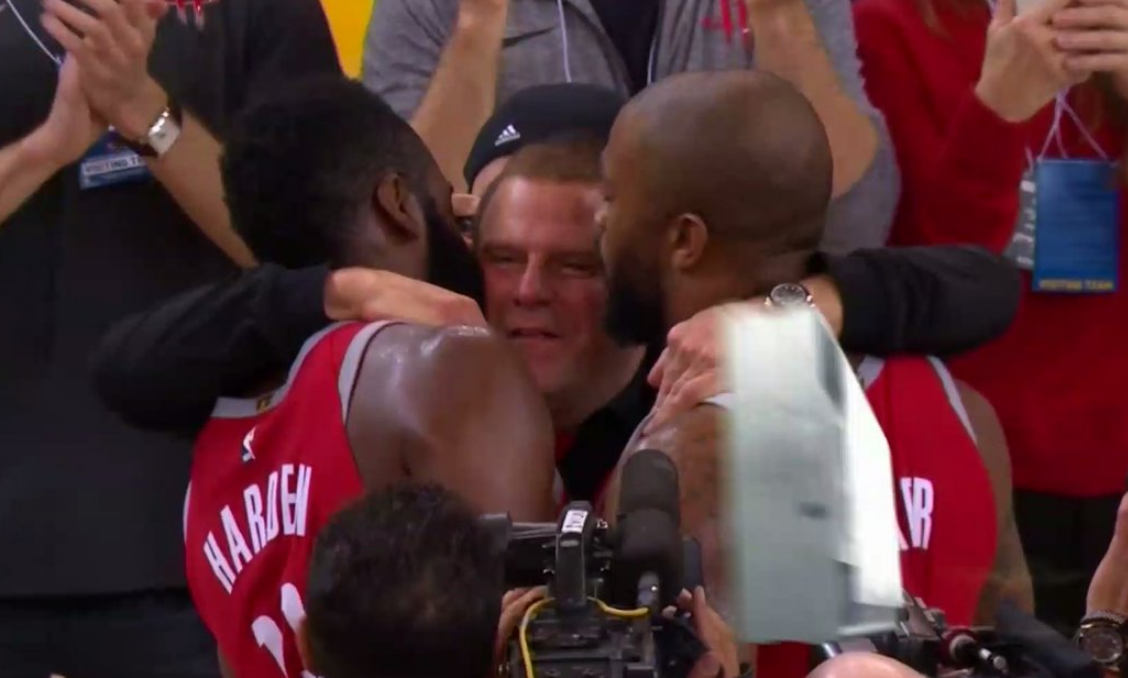 It’s been just over one month since billionaire businessman Tilman Fertitta purchased the Rockets, so he elected to hit up Tuesday’s season-opener at Oracle Arena to ensure he would be getting a good return on his investment.

It’s safe to say he was happy with the team’s performance in the game, judging by what happened in the fourth quarter. The Warriors took a 13-point lead into the game’s final stanza, but the Rockets showed a lot of heart coming back and emerging victorious with a one-point victory.

The game ended on a high note for the Rockets, who watched Kevin Durant sink what could’ve been the potential game-winning jumper. The shot was waved off, however, as the ball was still in his hands when the final buzzer went off.

Fertitta, as you might imagine, was pumped about it, and he hugged James Harden and PJ Tucker on the court after the game was over.

What a night for Rockets fans, players, and, of course, their new owner.