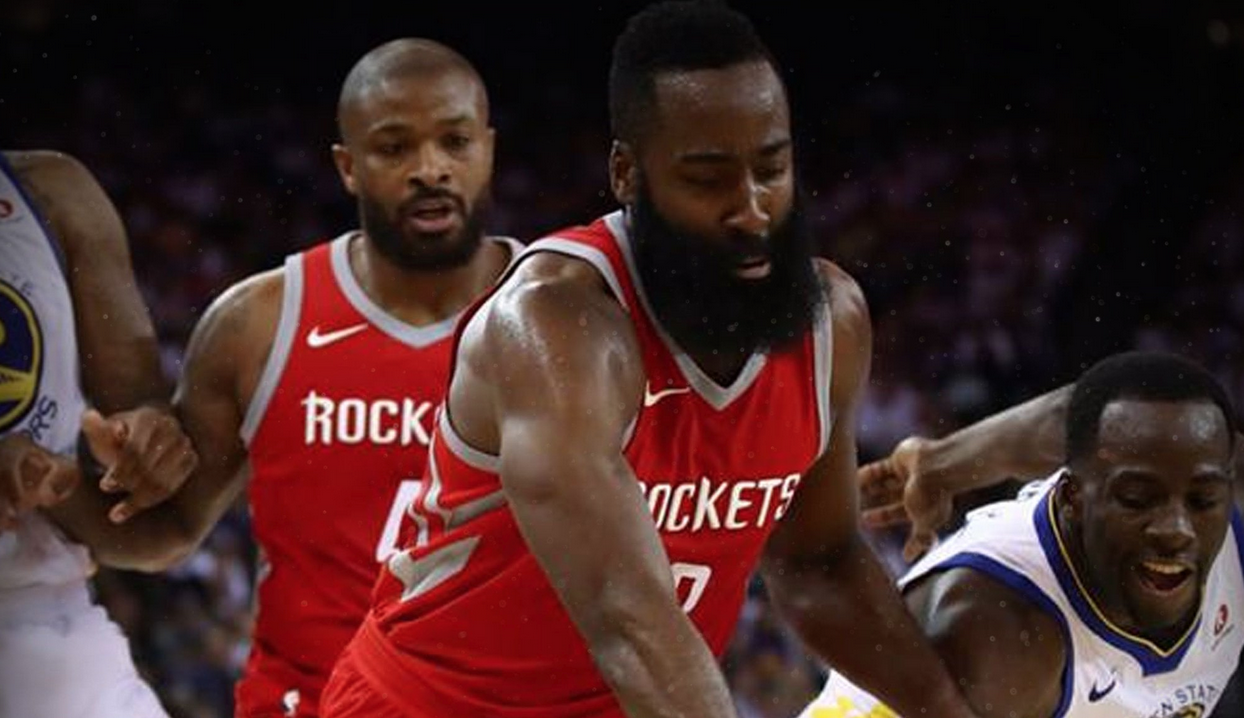 The Warriors’ quest to repeat as NBA Champions didn’t get off to a good start at Oracle Arena on Tuesday night, as the team blew a 17-point lead and suffered a 122-121 loss to the Rockets.

It initially looked as if the Warriors would pull off yet another double-digit win, as they took a 13-point lead into the fourth quarter. But the Rockets never gave up, using their perimeter shooting skills and rebounding prowess to chip away at the lead and pull off the victory in thrilling fashion.

NBA Finals MVP Kevin Durant had a chance to win the game with a buzzer-beater, but even though he drained the shot, the ball was still in his hands when the final horn sounded, and the basket was waived off after the play was reviewed.

Twitter users had plenty to say about the thrilling game, and here are some of the best tweets about it.

Will @realDonaldTrump claim Warriors lost opening night because he dis-invited them from White House?

Incoming “the warriors are in trouble” segments tomorrow @ShannonSharpe & @getnickwright 😐😐😐😐😐😐😐😐😐😐😐😐😐

I hate to state the obvious but it does indeed look like a rebuilding year for the @warriors.

The memes and graphics did not disappoint, either.

The Warriors in their first game with Nick Young: pic.twitter.com/DKNvKddddF

As a Houstonian, I'M HYPED pic.twitter.com/EJCUvVOedN

warriors before the game & warriors after the game pic.twitter.com/WErdog7o74

The Warriors are the worst team in the West. Goodnight. pic.twitter.com/JFqQFwBT0k

Lastly, let’s take a look at some streaks that were snapped in the Warriors’ loss. Numbers never lie, and this infographic really puts the Rockets’ amazing comeback into perspective.

A lot of stats in Tuesday’s game seemed to point to a Warriors win. pic.twitter.com/kuQ7N5bbLq

All in all, it was a great finish to an amazing game on NBA Opening Night.