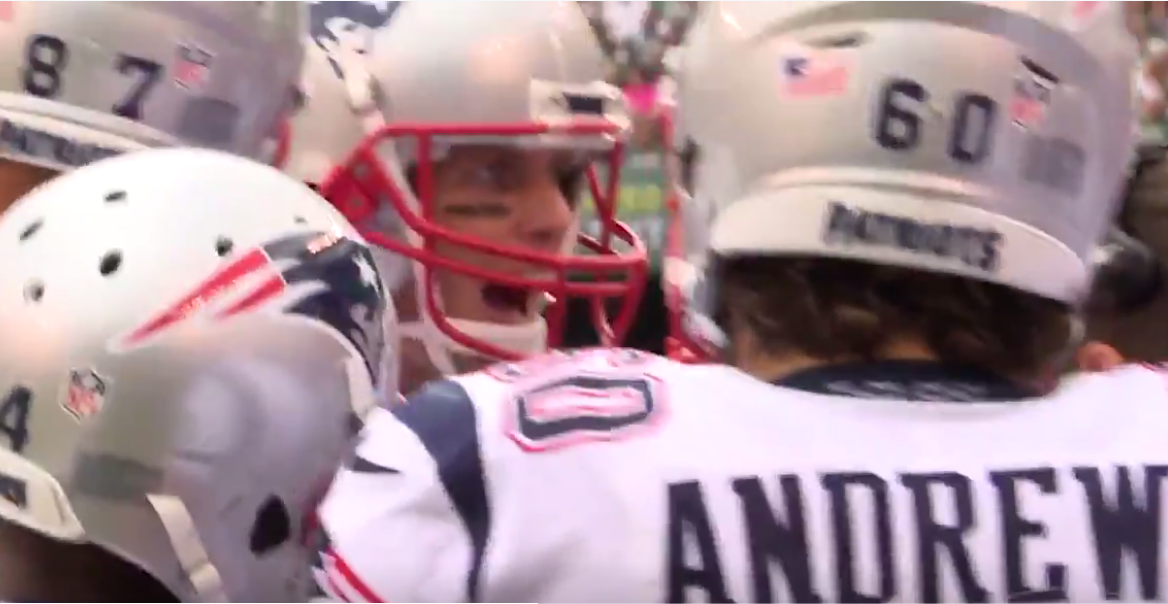 Patriots quarterback Tom Brady is known for being many things, and among them is “leader of men.”

That was on display during Sunday’s win over the Jets, especially when the chips were down in the first half.

The Patriots found themselves down 14-0, but Brady wasn’t fazed. He gave a fiery speech to get the team back on track, letting them know that they need to take it “one play at a time.”

Sure enough, it worked. The Patriots drove down the field and scored a touchdown on the drive that followed, and eventually tied it up just before the half ended.