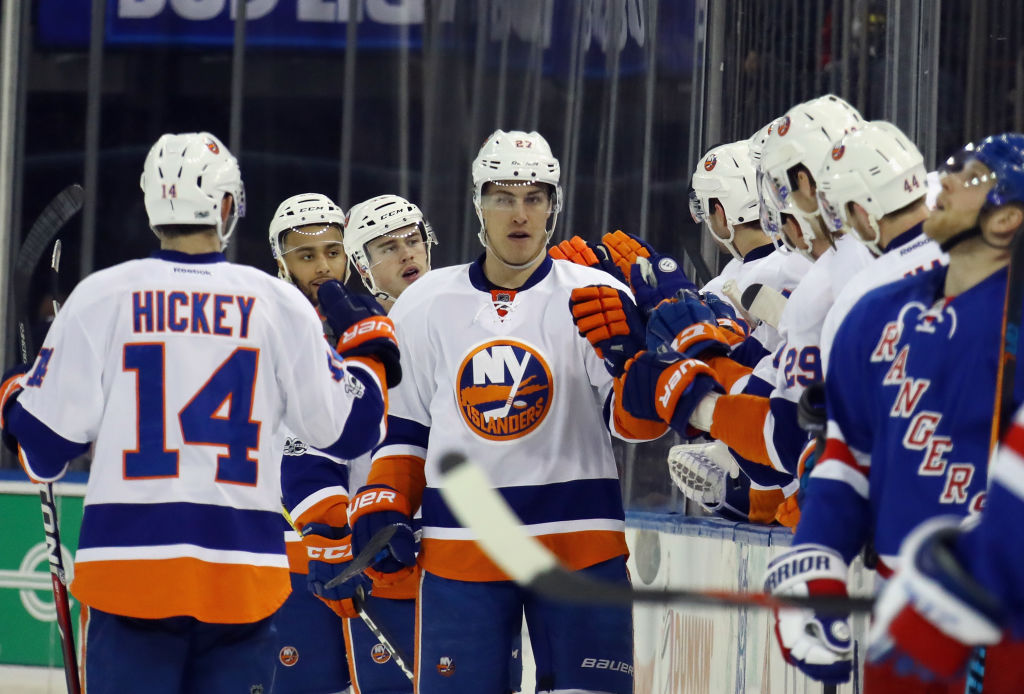 Throw the records out the window when these two teams meet.

The Islanders travel across the Brooklyn Bridge today to face the New York Rangers in the final game of a four-game road trip. The big news heading into tonight’s game is that Ryan Pulock will make his season debut this evening. The highly touted prospect has watched the Islanders first six games from the press box while Scott Mayfield and Adam Pelech have been given the chance to get ice time.

Pulock has a limited number of games under his belt in the NHL, appearing 16 games over the previous two seasons. Coming out of the lineup will be Nikolay Kulemin, according to  Newsday’s Arthur Staple, meaning the Islanders will dress seven defensemen and 11 forwards.

It’s unclear just what kind of role Pulock will play this evening. He was working with the power play unit on Wednesday and his booming shot is one of the 23-year-old’s most appealing qualities, and with the Islanders man-advantage failing to convert any help will be welcomed.

The rest of the Islanders lineup has yet to be determined.

Weight: Pulock in, Halak in goal. Won't commit to anything else just yet. (But likely Kulemin out).

In net for the Islanders will be Jaroslav Halak, head coach Doug Weight announced after practice yesterday. Halak has had plenty of success against the Rangers, including winning seven of his last 10 starts against the Manhattan foe.

Both the Islanders and Rangers are teams looking to pick up some momentum after a sluggish start to this season. The Islanders went 1-2-o during a three-game swing out west and the Rangers are an abysmal 1-5-1 through their first seven games of the year.

The Rangers are coming off a 5-4 overtime loss to the Pittsburgh Penguins, while the Islanders have had the last three days off. The blue and orange went 1-1 against the Blueshirts last season at Madison Square Garden.

Overtime on the Island: An average start to the season| Insight

Islanders’ Pulock set for debut, but to what extent?| SNY