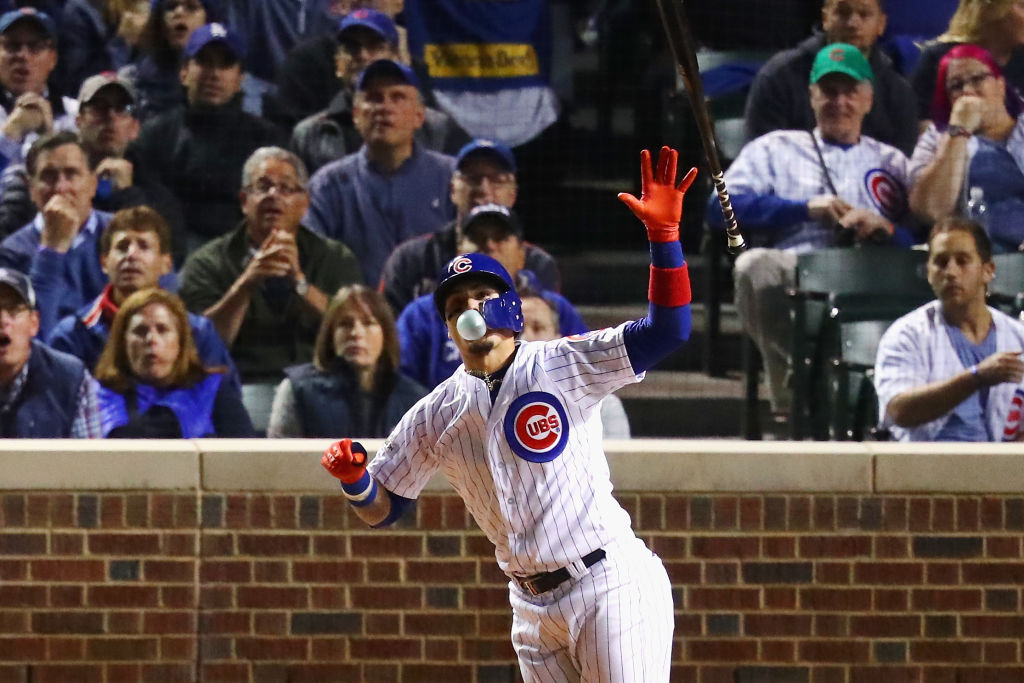 Javier Baez did all he could to help the Cubs stave off elimination in Game 4 of the National League Championship Series on Wednesday night.

That includes hitting a home run while blowing a giant bubble gum bubble.

Baez — who had been 0-for-20 at the plate heading into the game — came to the dish in the second inning, and crushed a solo home run. He later hit another one in the fifth inning, and did so while blowing a bubble, which is the most Baez thing ever.

Put it in a museum. pic.twitter.com/60ATYhKZrX

Gotta love Baez’s concentration on that one. There was some serious multi-tasking involved in accomplishing that feat.