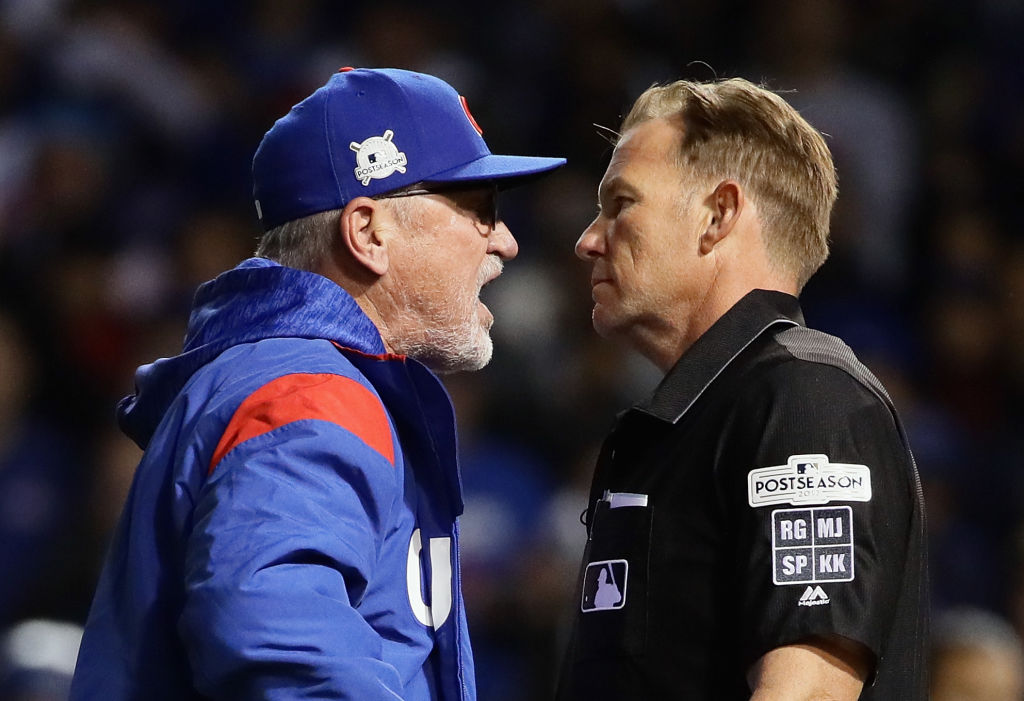 Cubs manager Joe Maddon, once again, went off on an umpire crew over a controversial call during Wednesday night’s game, but at least he was able to have some fun about it afterward.

Maddon appeared to have a good point in arguing a phantom foul tip call in Game 4 of the National League Championship series, and many analysts and fans seemed to agree with him.

The play in question took place in the eighth inning, with Curtis Granderson at the plate and a man on first. Granderson was facing a 2-2 count, and appeared to swing and miss at a breaking ball. Home plate umpire Jim Wolf did initially rule that Granderson struck out, but after discussing the play with his cohorts, it was decided that the Dodgers outfielder fouled the pitch off.

That foul tip call infuriated Maddon, who made his way out of the dugout to argue with the umpires, which led to his ejection.

The Cubs manager was asked about the play after the game, and he delivered a funny one-liner that really put things into perspective.

Joe Maddon on umpires' overturn: "If Granderson hits the next one out, I may run out of the clubhouse in my jock strap. It was that bad."

That’s quite a graphic “what if” scenario. Also, I’m pretty sure I’m not alone in being grateful that Granderson didn’t hit a home run later in his at-bat.