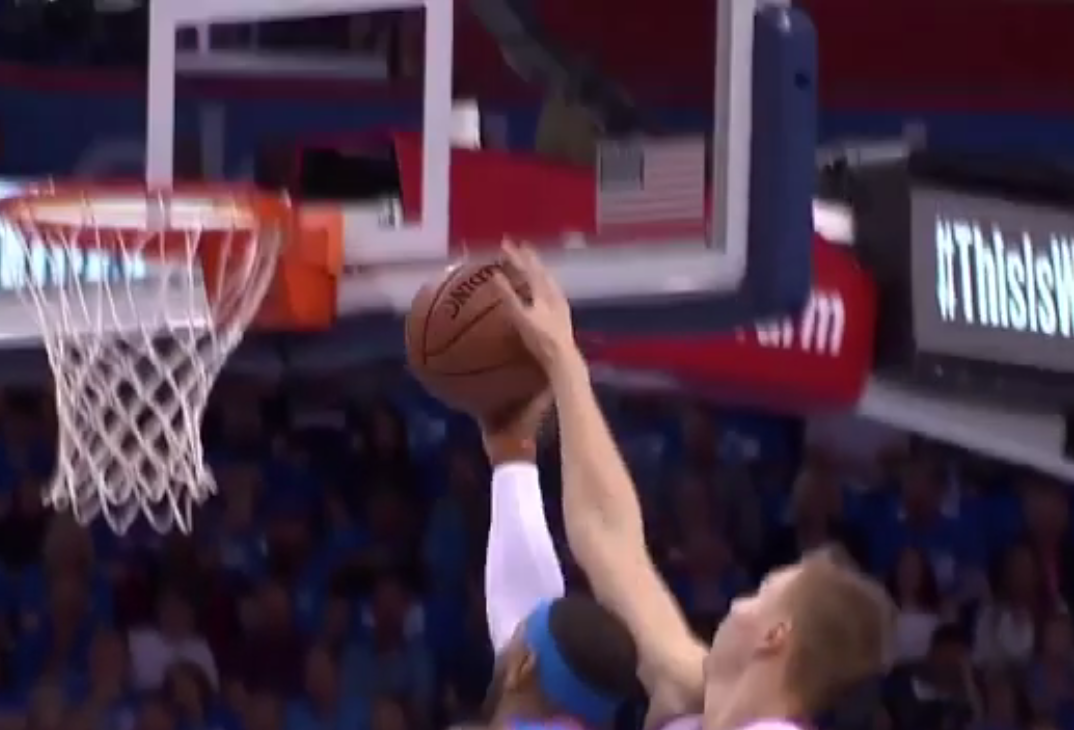 Kristaps Porzingis, for the first time in his career, played in a season-opener without Carmelo Anthony on his team. This time was a bit different, as he actually played opposite Melo.

Both players were on the trade block over the summer, but only Anthony was moved. The two former teammates squared off Thursday night in their respective team’s season opener, and Porzingis got the best of Melo on one particular play.

Porzinis was all over Anthony, who drove the lane just a few minutes into the game. Anthony tried to finish at the rim with a dunk or layup attempt, but Porzingis was unfazed, and blocked Melo’s attempt.

Take a look at how he swatted the ball away with ease.

And Porzingis wasn’t done, either. He nearly posterized both Anthony and Russell Westbrook with a rim-rattling dunk later in the fourth quarter.

Porzingis was THIS close to throwing this one down over his former teammate and the reigning MVP pic.twitter.com/YLXsiaPR8c

The Knicks are Porinzgis’ team now, and he made that very clear on Thursday night.