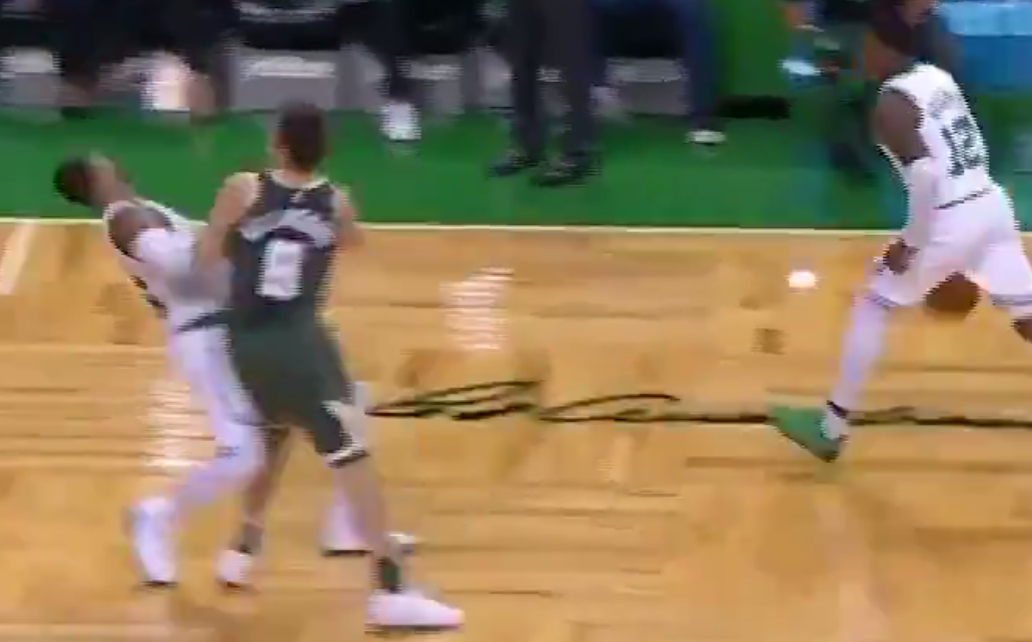 Matthew Dellavedova and Marcus Smart got into a bit of a skirmish during Wednesday night’s game.

It didn’t take long for things to get heated, either — which makes us wonder if there’s some history there — as the two got into it in the second quarter of the game.

Things got a bit chippy when Smart attempted to set a pick on Delly, who responded with an elbow that knocked Smart backward and sent him to the floor.

Smart gets an elbow from Delly and doesn't appreciate it; Henson pushes Smart #Celtics pic.twitter.com/H8BA8F12qQ

Smart was hit with a technical foul, while Dellavedova only received a personal foul. John Henson, who came to Delly’s aid and shoved Smart, also was assessed a foul.