NFL Ratings Down Big In 2017 Season And Owners Are Angry 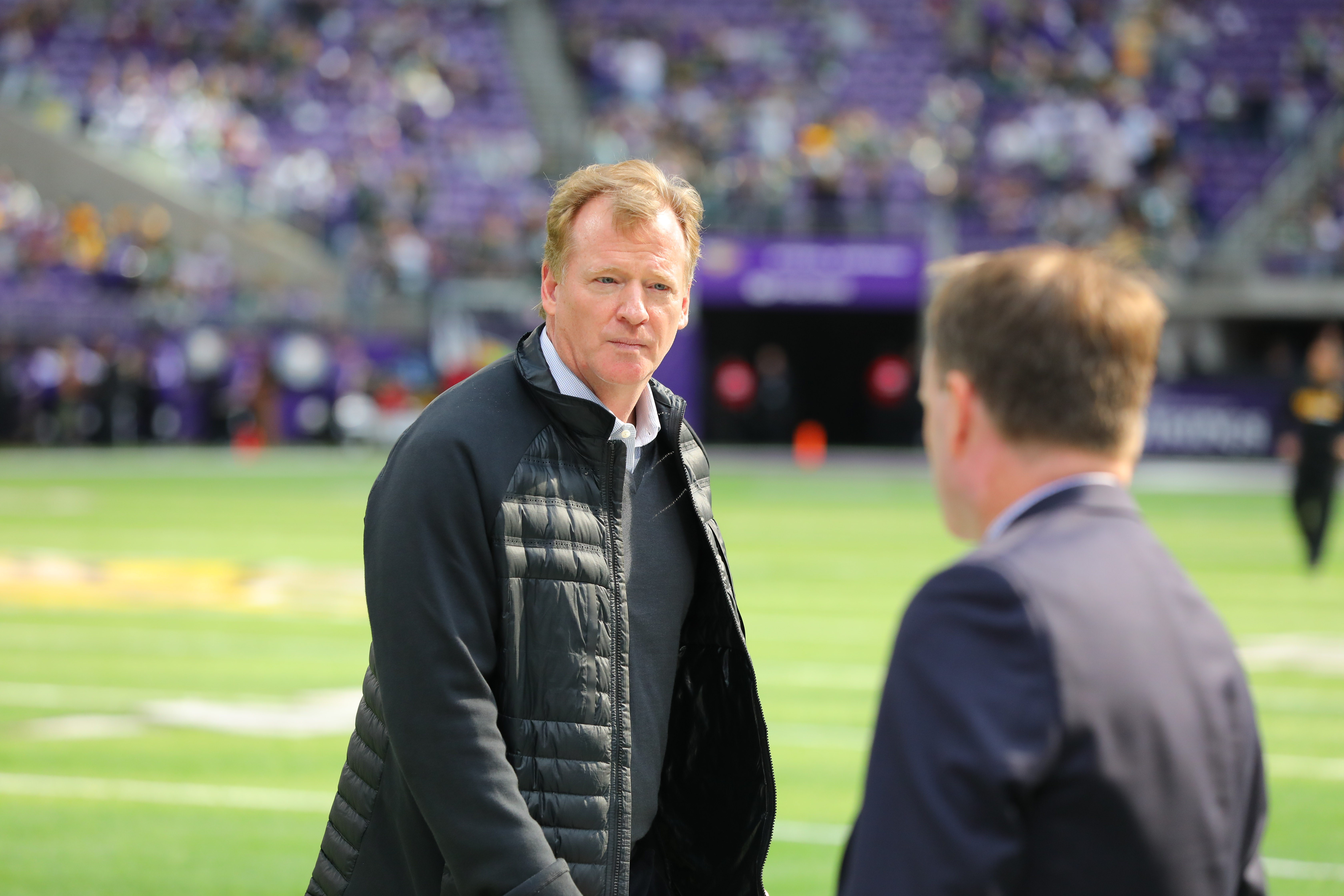 NFL Ratings Down Big In 2017 Season And Owners Are Angry

It has been one of the largest problems in the league this year as the National Football League has seen substantial declines in TV viewership through the first six weeks of the 2017 season and after the October League meeting Owners are not too happy.

According to Nielsen data, an average of 15 million people has watched NFL games this season that number is down almost 7.5 percent from the 16.2 million average through Week 6 last year. This has been a problem right out of the gate as viewership of NFL games in week 1 was down almost 12.3 percent compared to past years.

As to why this is happening the NFL is unsure or at least they like to play the card saying they are unsure. If the NFL was to do the simple things like ask fans what is wrong there would be a laundry list of grievances. Some fans would blame the ongoing

Some fans would blame the ongoing National Anthem Protest, which is a ligament reason why some fans are turning off the TV come Sunday. But I think it goes way beyond that. I will fully admit I am hooked on football as I always have been. I rarely miss a Patriots home game and when they are on the road I am in front of my TV at least an hour before kickoff. On bye weeks or when the Patriots are playing at a different time I am still watching NFL RedZone so I can stay up to date with all of the other games.

To me, I feel the National Anthem Protest with the tip of the iceberg for some fans. The NFL has always had a history of screwing up and I feel this was the final straw and fans will not watch until the NFL parts ways with Roger Goodell and the owners go find themselves a new Commissioner.

Roger Goodell is an excellent businessman you can not take that away from him. What he has grown the NFL too is unreal, for example, the Super Bowl is not a one-day event anymore but week-long celebration leading up to the game with a full concert for a half-time show. He has grown the NFL to new highs but it came at a cost and that cost is the respect of the players and fans.

All the power at this point has gone to Roger Goodell’s head he knows how powerful he is as he can play judge and jury to any NFL on-field problem. He was a man who took integrity very seriously and it has gotten to the point where his lies and dishonesty to fans and players has boiled over.

The NFL has seen scandal after scandal and they are only becoming more common in the league as the league is now back in court for a 4th straight year this time with Ezekiel Elliott saying Goodell overstepped and abused his power. The NFL just finished its last court case with Tom Brady last season the NFLPA was trying to make it Supreme Court case until Brady dropped it due to his mother becoming ill.

The fans are sick and tired of the games the NFL is playing and the National Anthem protest was the final straw. If the NFL wants to raise the ratings again its time they look into the front office and who is running the league its self and not whats on the field. The NFL will not see a rise in ratting until a player and fan friendly Commissioner takes over the league and the current businessman Commissioner is ousted and with advertisers and Owners angry with views down and how players are treated it is only a matter of time.