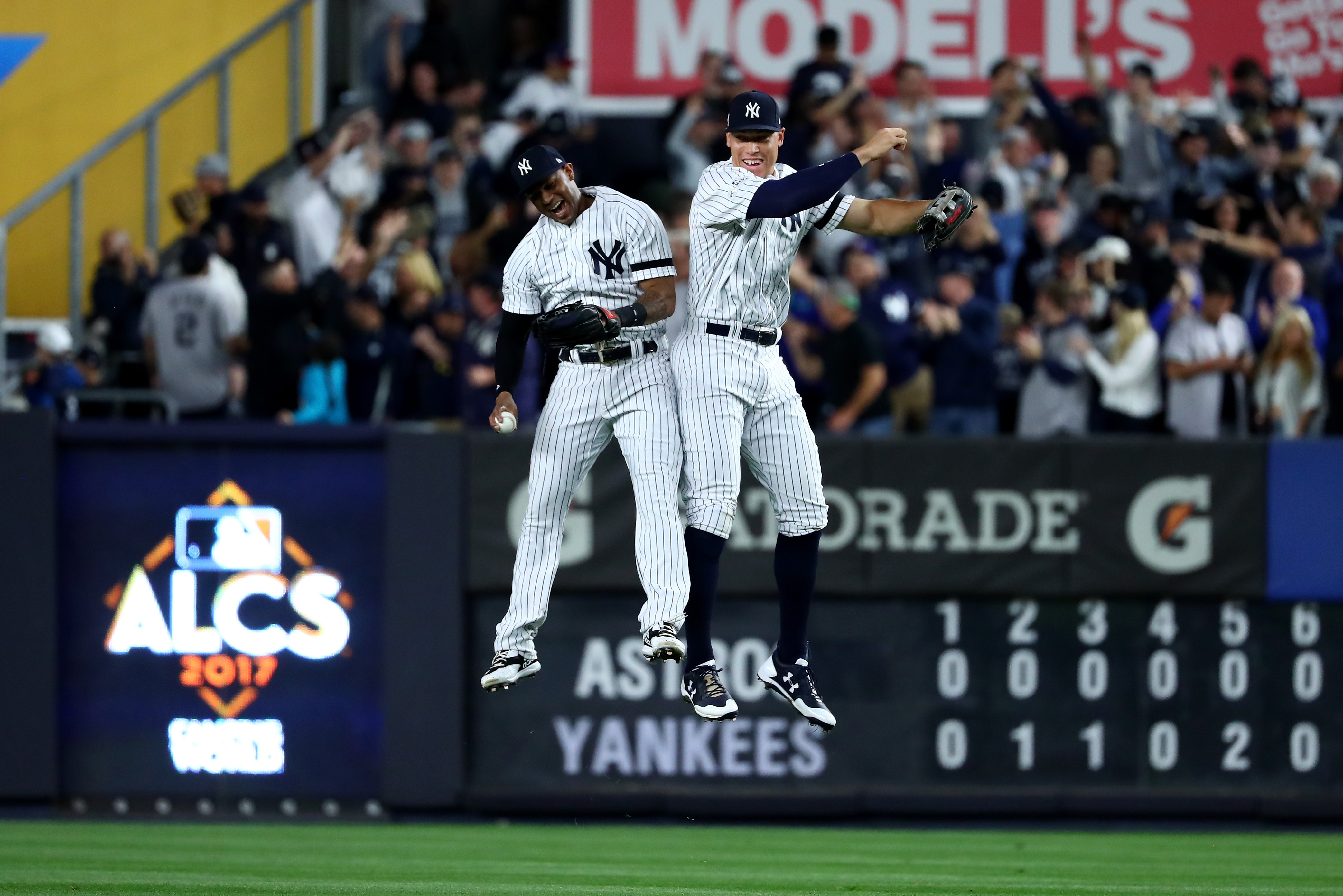 I wish I could say “I told you so” about the state of the Yankees, but I did not see this postseason coming. I thought in September that they might win the Wild Card game, but I never expected the Yankees to get this far. First the comeback kids survived an 0-2 deficit (and Joe Girardi’s mismanagement in the ALDS Game 2) to beat the Cleveland Indians. Now they have survived an 0-2 deficit against the Houston Astros and are nine innings away from their first World Series since 2009!

What’s cool about this year is precisely how unexpected it was. And contrary to this video the Yanks are showing on the big screen at the Stadium, the Yankee brass was surprised as the rest of us. How do I know that? Because they actually made fan-friendly changes to the ballpark this year, something they couldn’t be bothered with when the team was making the postseason every year.

Anyhow, did you know I’m training for a marathon? (Inside joke — for the past 18 months, “I’m training for a marathon” is my go-to line to explain everything in my life. And it happens to be true!) In 2 1/2 weeks, I will be running my third marathon, the TCS New York City Marathon. Anyhow, the training is pretty grueling — as previously noted, I don’t get home most nights from working out until 10 or even 11 p.m., and my weekends are taken up with long runs.

This is the first October during my fitness journey where I’ve actually had Yankee baseball to watch (the 2015 Wild Card loss doesn’t really count!)

Between that and work (I hate these games starting at 5 p.m. — too early!) I haven’t gotten to see every moment of the playoff games. But on Tuesday night, I went to Pier A Harbor House to watch the game on the way to the gym when the Yankees were losing 4-0. And lo and behold, I got to see the full comeback — and the win!

I was initially worried the Yankees would lose, and their bats looked dead, but Squawker Jon was worried about just the opposite — that they would win!

(An aside: Isn’t it amusing that the whole thumb’s down thing was inspired by a Mets fan? Heh.)

It was great to watch the game in a bar with other Yankee fans, and not have to hear the annoying announcers. I knew the Yanks would win when Chase Headley slipped and fell on the basepaths and was still safe on the rundown. He looked about as graceful running as I do, which is to say, not at all!

After the game, I still had marathon training to do, so I cycled in the gym, although I joked that watching the game earlier was part of my taper.

Last night after work, I went to Foley’s to watch the second half of my friend Staci, and then went to the gym afterwards to run on the treadmill. Like other fans, like my friend Joe, I had figured that if the Yankees could figure out Dallas Keuchel, that they would actually win this series. And I’m sticking with that prediction!

It’s refreshing to be rooting for the team of the moment — a young, fun-loving team that’s the opposite of some of the super-serious Yankee teams we’ve seen. And it’s still the innocent climb, with no expectations. Next year will be different, so I’m enjoying this while it lasts!