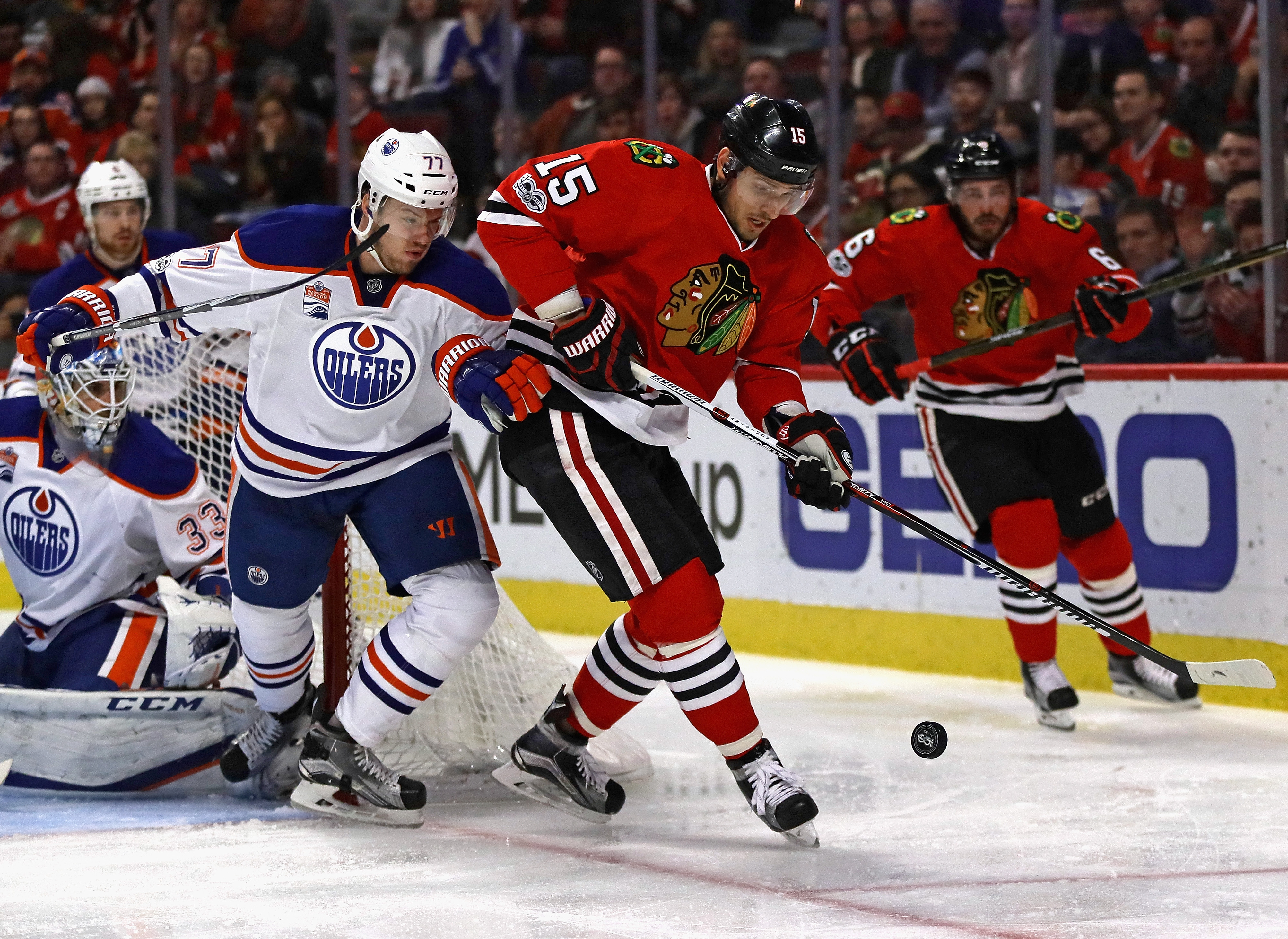 The Edmonton Oilers are taking on water. After a strong opening night victory over the Calgary Flames, the Oil have limped to four straight losses and find themselves 30th in the NHL standings, ahead of only Arizona. It’s early, and the club is only four points out of a postseason spot, but failure to turn this ship around could result in another year without playoff hockey come April.

This, this is the highway to the danger zone, and it starts tonight in Chicago. The Oilers are opening up a three game road trip that will take them through Philadelphia and Pittsburgh, while the Hawks are playing the second half of a back-to-back set that started last night in St. Louis.

Cam Talbot is in goal for the Oilers, while Anton Forsberg gets the nod for Chicago.

Edmonton: It is absolutely imperative that the Oilers get off to a quick start in this hockey game. Edmonton has dug themselves big holes early the last three games and have not been able to dig themselves back out of them. Against a team as dangerous as Chicago, it is extremely important that the Oil get going early. Don’t play from behind, control the game from the start.

Chicago: Test Cam Talbot early and often tonight. Edmonton’s starting netminder has really struggled early this season, with the main reasons for his slump being fundamentals and confidence. If the Hawks can get some good looks on him and put some goals past him in the opening twenty, it could be an easy night for the home side.

Edmonton: When you are in a slump, your best players have to dig you out. That’s why Connor McDavid is the Oiler player to watch tonight. He’s been good but hasn’t been himself the last three games, and you can see that it is bothering him. This kid hates losing, and I think he is due for a huge game. Tonight very well could be that night.

Chicago: Brandon Saad is back in Chicago, and he’s back with a bang. After a two year stint in Columbus, Saad has returned and dominated the early portion of the season playing with old running mate Jonathan Toews. He’s playing a heavy game and it seems like everything he touches is going into the net. He’s the main Hawk to watch tonight.

Good news for Oiler fans, Drake Caggiula and Leon Draisaitl are on the trip. The bad news? They will not play tonight. It sounds like Saturday is the target date, but we likely won’t know more until tomorrow. Matt Benning, who was sick on Tuesday night, is also on the trip but will not draw back into the lineup.

You’ll probably notice a fair amount of new faces on this Hawks team tonight. Saad is back, but he isn’t the only former Hawk to return as Patrick Sharp will be in the lineup tonight. Alex DeBrincat will also skate in Chicago’s top-nine, and this is the first time Oiler fans will be able to see him at the NHL level. The kid is good.

Former Oiler Jordan Oesterle will make his Chicago debut tonight against his former team. He’s skating with Connor Murphy, who is also new to the Blackhawk organization. Murphy came over from Arizona in a trade near the entry draft this past summer.

The Oilers actually won the season series between these teams last year, winning the lone game in Chicago by a final score of 3-1. Edmonton also won the first meeting 5-0 while dropping the middle of the three games. This is the first of three this season, with the next meeting coming on December 29th in Edmonton.

Edmonton’s four game losing streak is the first of its kind since early December last season when the club also lost four in a row. The big difference? Three of those losses came in either overtime or the shootout. Edmonton’s last drought like this in regulation time came last November when the club dropped five in a row.

The effort will be there tonight from the Oilers, but stupid mistakes will sink them once again on the road. The Oilers will fall behind 2-0 early before getting one back late in the first period to instill some hope. The Hawks put it away with a big third period however, taking this game 5-1.

Edmonton gets a goal from Milan Lucic, but Chicago gets two from Saad and one a piece from Keith, Kane and Hartman. The losing streak will continue and naturally #StallinForDahlin will become a thing.

Here’s to hoping I’m wrong and the Oil can turn the beat around.