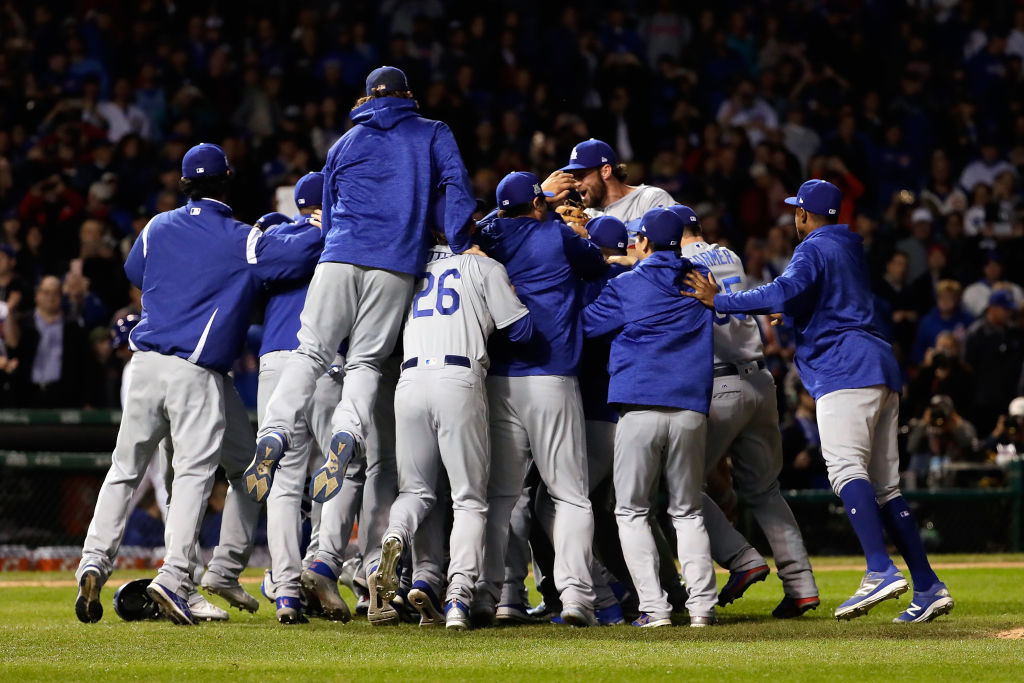 It’s been nearly three decades since the Los Angeles Dodgers last advanced to the World Series, but that drought came to an end on Thursday night.

The Dodgers — fueled by Enrique Hernandez’s three home runs — took care of business in Game 5 of the National League Championship Series, winning 11-1, on the road at Wrigley Field no less.

Hernandez finished with seven RBIs, and ace Clayton Kershaw gave up only one run in six innings — helping squash the hot takes about his struggles in the postseason.

Los Angeles is now set to play in its first World Series since 1988, and the Twitterverse had plenty of buzz about it. Here are some of the best tweets.

I want to be happy for all my friends and family who are Dodgers fans, but I hate every one of you and hope your team loses the World Series

Dodgers deserve it… for living in all that smog 8 months a year… oh yea and baseball stuff too. Like owners who spend and other etcetera

THE DODGERS ARE FUNNELING BEER FROM THE NLCS TROPHY IM WEAK

We can’t forget about the clever memes, photos and animated GIFs as well.

When you’re happy to see Grandy in the WS but you hate the Dodgers pic.twitter.com/bugtqSSvlg

I’ve waited all my life for a Dodgers cap with a World Series decal that didn’t say 1988… pic.twitter.com/sTs3W1vLzo

WE GOING TO THE SHIP! WHAT! #Dodgers pic.twitter.com/jwwg14Gm1Y

The best viral photo of all might be all the Dodgers players celebrating their win by sticking their tongues out, Yasiel Puig-style.

The Dodgers all did the Puig tongue! pic.twitter.com/JjQXJCTYSL

Those social media gems get us excited about the possibility of a Dodgers-Yankees World Series matchup. The social media world may explode if that potential matchup happens.