What Are Fair Expectations For Knicks' Frank Ntilikina? 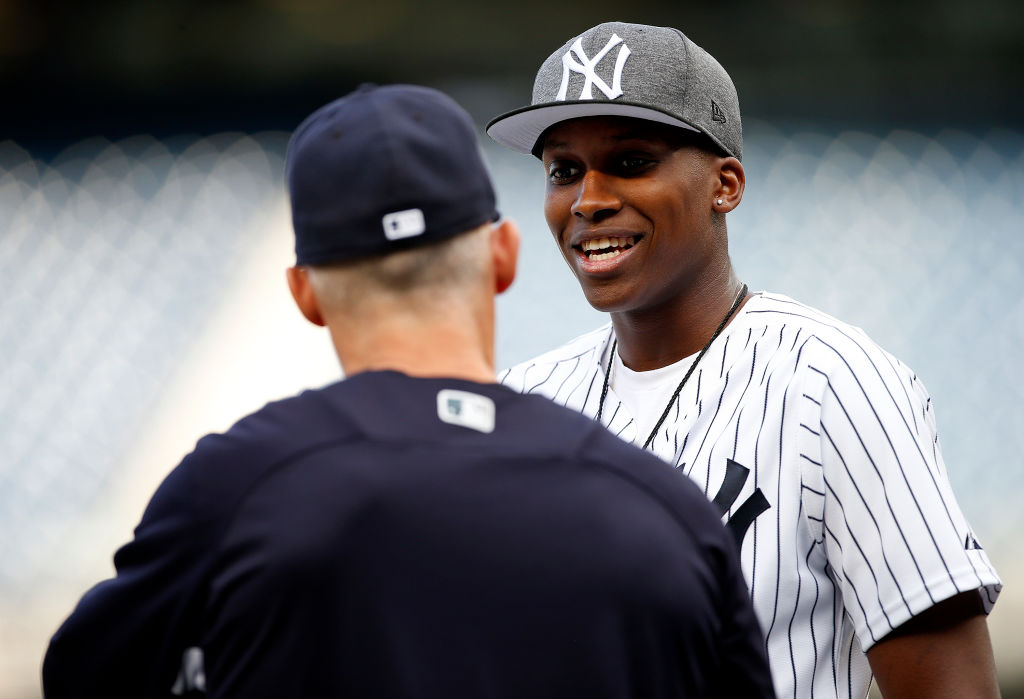 What Are Fair Expectations For Knicks' Frank Ntilikina?

The 2017 NBA Draft was littered with promising point guards, with De’Aaron Fox, Malik Monk, and Dennis Smith Jr. garnering much of the heavy praise leading up to the big night. Fox is in a class of his own, but the Knicks still surprised many when they passed up on the latter two to instead take international stud (but relatively unknown) Frank Ntilikina.

While Phil Jackson was running the show in New York, Ntilikina was highly regarded as an ideal fit for the triangle. But it was clear that from this draft in particular, the Knicks needed to find their floor general of the future. Now that Jackson is no longer a part of that future, can Ntilikina still fit in all the same?

There’s a good possibility that the young gun will still prove to be a rather sensible pick. After all, defense happens to be Ntilikina’s forte and that too, is a department New York is lacking in. They need intensity and consistency, which are two things Ntilikina can provide. He’s a lengthy player with a high basketball IQ, able to cover both guard positions with his speedy 6’5″ frame. Unfortunately, the Knicks are also in desperate need of leadership. At 19 years old, Ntilikina himself needs guidance as he grows and adapts to the NBA.

That same necessary adjustment is something that leaves a big question mark to hover around Ntilikina’s potential contributions this season. Playing overseas is a whole different ball game. Although the rookie appeared in 100 international games over the last two years, the NBA schedule is much more rigorous and daunting with increased travel. That’s sure to take a toll on him. And although Ntilikina will make his debut in time for New York’s opening night matchup with the Thunder, he’ll come off the bench and his minutes are likely to be monitored closely. The No.8 pick missed all of NBA Summer League, and appeared in just one preseason game to knee issues. Playing overseas, Ntilikina prided himself on being a very physical player, especially on defense. The NBA is even more physical and figures to be an imposing challenge for a 19 year old still coming into his own.

Thus, Ntilikina’s freshman campaign will not be without its hurdles and that’s why it would be best for those around him to taper expectations from day one. He may a key face for the future, but it’ll take time to get there. Patience is needed.

There’s a lot for Ntilikina to overcome, which is not unlike Jackson’s other international draft picks in Kristaps Porzingis and Willy Hernangomez. Despite rising up quickly as a starter, the initial expectation was to inch Porzingis along rather slowly. Such a practice was in fact carried out with Willy Hernangomez, who boasted a handful of DNP-CD’s in box scores and hardly averaged more than 15 minutes per game in each of his first three months with the team.

Of course, point guard is a much more pressing need for the Knicks this season than center was in the previous campaign. Still, a similar enough strategy should be implemented as the team looks to develop Ntilikina. His ripe age and already present injury ups and downs should make that a priority in of itself. The Knicks will need the 19 year old to play meaningful minutes. Still, it wouldn’t be so surprising to see him tap out with a maximum 20 minutes plus average over a 55-65 appearance log in year one. If New York had more depth at the position, such numbers might stand to be even less. As for statistics, efficiency will be key. The game should come naturally to Ntilikina when dishing out assists (4 or 5) and dashing for steals (1.3). There’s a long way for him to go offensively, and thus, his shooting percentages could be well under 40%.

There’s plenty of promise surrounding Ntilikina’s potential, but it’s going to take time for him to rise up. The Knicks would be smart to exercise the utmost of patience, even if that means delaying something that will eventually turn out to be very special.