Barzal Shines on Broadway in Islanders Win Over Rangers 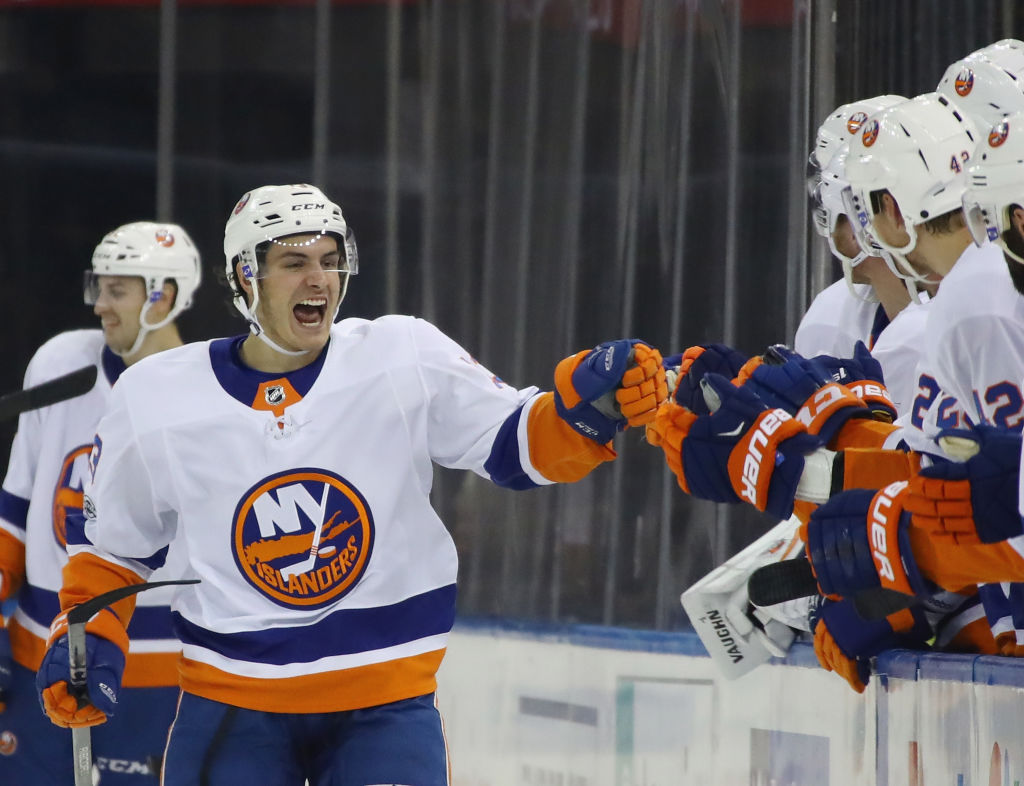 Barzal Shines on Broadway in Islanders Win Over Rangers

NEW YORK – If you stopped anyone after Thursday’s night win over the New York Rangers and asked who the most noticeable player in an Islanders jersey was, the answer would be an obvious one.

The rookie had perhaps his best performance of the young season at Madison Square Garden on Thursday, recording his first career NHL goal in the opening minutes of the second period. But the goal was only the starting point for the 20-year-old who could have easily had a hat trick in the same night

Barzal flew up and down the ice, showing off his speed and skill, and showing everyone why deserved to be on the ice.

READ: Isles Insights: Islanders Down the Rangers in Shootout

“He knows his position now,” Islanders head coach Doug Weight said. “I think he is a little stronger and the confidence grows from being 19 to 20 is a big difference. He is just a better player than he was. The reason he stayed around last year, he was just as dynamic as he is now. He controls the puck. He has confidence, he can make plays and he see’s the ice…

“It was a good test and he is just going to continue to get better.”

Barzal has certainly made his presence know through the first seven games of the year for the Islanders. Even when the team has had bad performances, Barzal has looked like one of the best players on the ice.

The young forward picked up his first NHL point in Sunday’s loss to the Los Angeles Kings and put on a display for his first NHL goal. Barzal went flying into the Rangers zone, worked his way by Rick Nash and then snuck it by the far side of Henrik Lundqvist.

The goal had a striking similarity to the flashy one he scored during the preseason against the New Jersey Devils.

“I’m happy I scored, but at the same time I’m a little bit frustrated that I thought I could have had a couple more,” Barzal said. “(Bailey) has been giving me a lot of passes and I haven’t been able to get him assists yet. A little frustrating.”

And there were a few chances that Lundqvist robbed Barzal on. The Islander found himself with scoring chances in front of the net several times, including twice in the second period after he scored his first goal.

While there may have been some frustration from Barzal on not getting those extra goals, his play on Thursday was a sign of where his confidence is right now. Barzal told reporters that it has been growing, especially in the last two games.

“I’ve just been getting more comfortable every shift,” Barzal said. “Obviously getting on the board a little bit helps and getting a couple of wins. Getting the power play too. Just everything from the staff down, everyone has been great with opportunity and teammates being such great guys.

“It’s just been an easy transition.”