Breaking down Colin Kaepernick's grievance and the uphill battle it faces 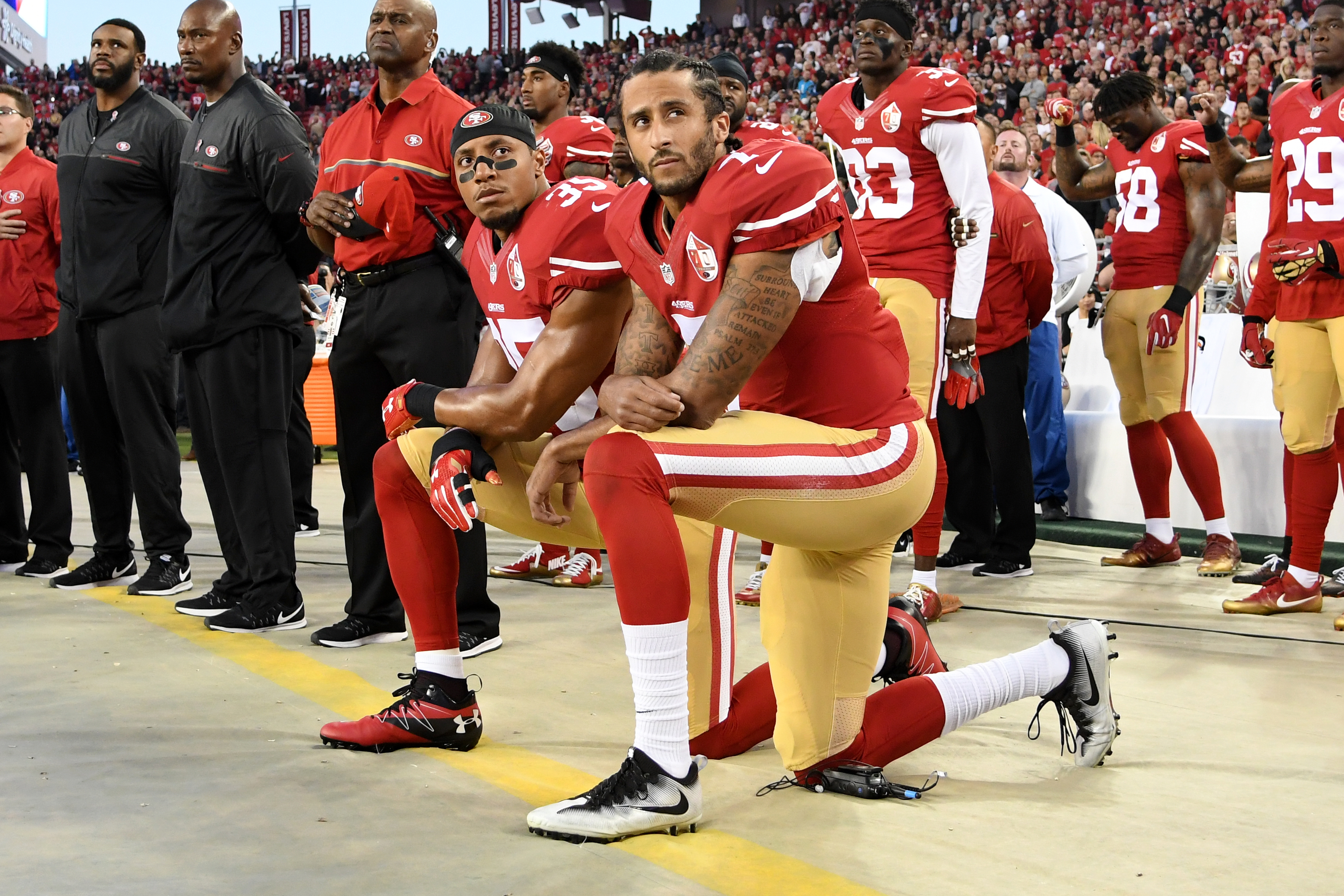 Breaking down Colin Kaepernick's grievance and the uphill battle it faces

Former San Francisco 49ers quarterback Colin Kaepernick has filed an official grievance against the NFL alleging collusion between NFL owners to keep him out of the league in response to his peaceful protests during the National Anthem before games in the 2016-17 season.

This action comes during increased awareness and high tension among Americans and NFL fans across the country with palpable anxiety between opposing sides on the issue of racial inequality, police brutality, the speech rights of those who protest it, and general, if not compulsory, patriotism.

The grievance requests an arbitration hearing between Kaepernick and the NFL as afforded to him by the Collective Bargaining Agreement signed in August 2011 between the NFLPA and the NFL owners. If he wins the arbitration, he may be entitled to compensatory damages, and the owners found to have colluded could be fined.

The centermost allegation of the grievance points to an amorphous term that is all too familiar among those who have been paying attention to American politics lately. Collusion, while explicitly not illegal, but implicitly wrong, has dominated our conversations about political and governmental ethics in recent months.

We have learned that it is highly difficult to prove, even with intense investigation. Kaepernick seeks to prove collusion between the two or more of the 32 billionaire owners which is one of the highest burdens of proof there is to meet in legal realms. He does have one thing on his side; it is expressly forbidden by the CBA to collude against a player in almost any way regarding the details of his employment.

Kaepernick also cites the implication of the United States President and alleges “calculated coordination from the Executive Branch of the United States government” with the owners of the NFL teams. There are a few interesting claims and developments in the document that are especially worth noting as well:

It is highly unlikely that Kaepernick, with the facts presented in his grievance, meets the standards of proving collusion between NFL owners. However, it is fair to say that he has enough to try his case.

It is also completely possible that the arbitrator in this case finds that it is impossible to prove such collusion exists at all barring electronic communications via phone, including text, voicemail or auditory, email, or written documents that would be admissible as evidence.

It is not clear if he would need to prove the collusion occurred via documented communications or meet a particular jurisprudential standard not yet explained by the arbitrator. The entire burden of proof falls on the legal representation of Kaepernick, and this seems to be a long shot even with the best of lawyers on his side.