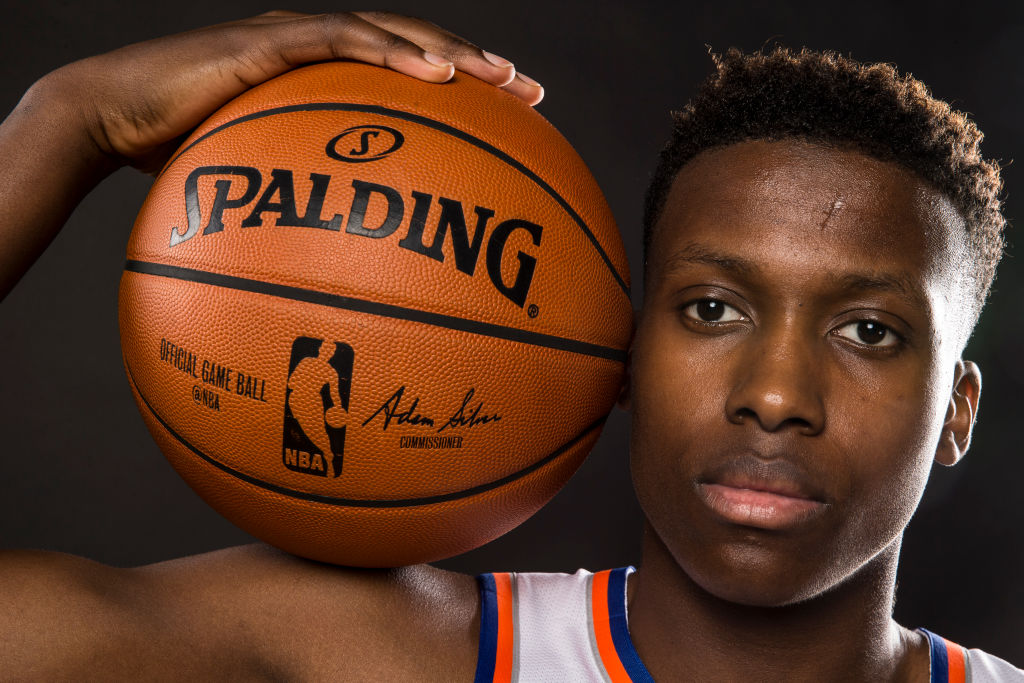 After missing all of NBA Summer League and appearing in just one preseason game this month for the Knicks, it came as no surprise that Jeff Hornacek played Frank Ntilikina a mere 8 minutes in the team’s opening night loss to the Thunder.

It makes sense that New York wants to exercise patience and inch him along. The adjustment to the NBA is often a steep one for international players, especially in terms of physique, stamina, conditioning, etc.

Ntilikina has already had his bouts with injuries in his young professional career, but unfortunately, such hurdles don’t appear to be going away anytime soon. According to Newsday’s Barbara Barker, the 19 year old suffered an ankle injury during practice on Friday afternoon.

@FrankLikina told he did not step on Willy Hernangomez' foot, but rather just turned ankle on a change of direction.

The Knicks are listing him as “questionable” for the team’s home opener against Detroit on Saturday, but Barker didn’t seem to think there was much of a chance that he would take the court at all.