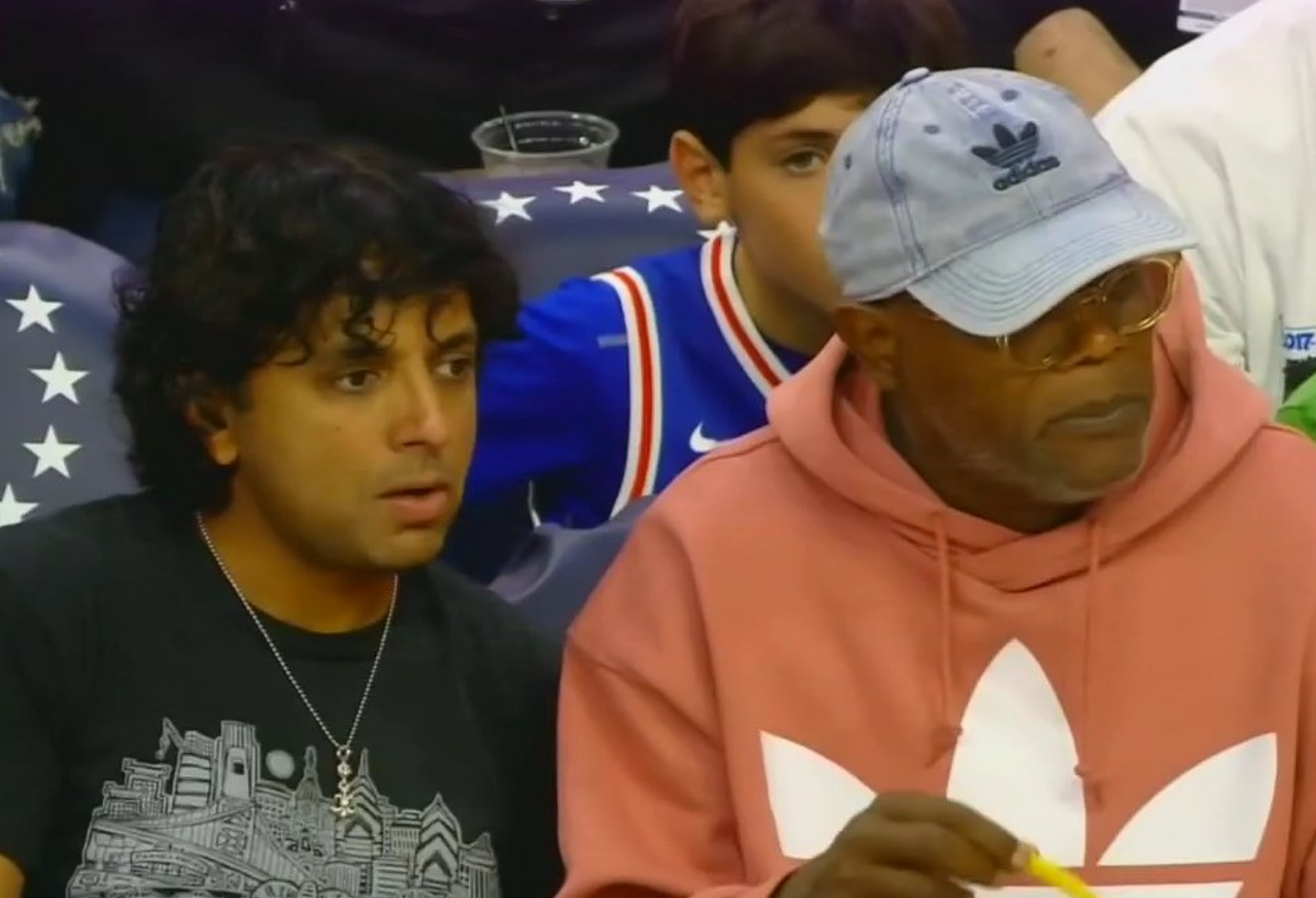 For Sixers fans, as far as excitement goes, it’s all about Ben Simmons and Joel Embiid.

That goes for celebrities as well, which we learned during Friday night’s Celtics-Sixers game at Wells Fargo Center.

It’s no secret that film director M. Night Shyamalan is a big Sixers fan, as he’s been seen at a number of games in the past. He was seated courtside with actor Samuel L. Jackson for the game, and had a funny reaction to Ben Simmons going coast-to-coast and scoring.

Simmons carved up the entire Celtics defense on the play, and Shyamalan pumped his fist in celebration.

We had a similar reaction after watching the play.