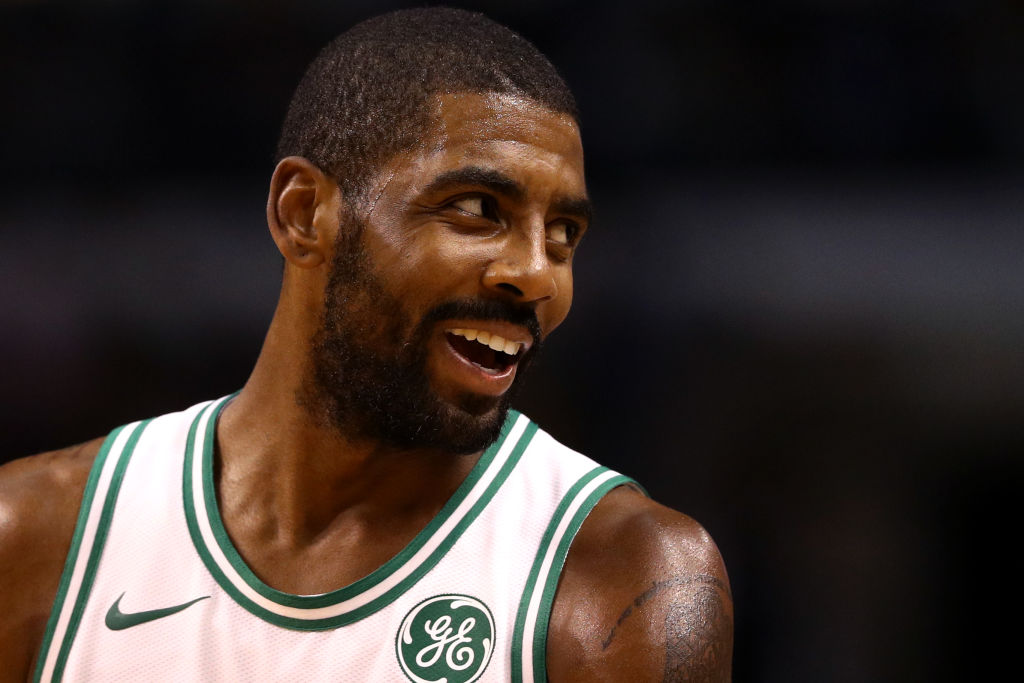 Celtics point guard Kyrie Irving has gotten off to a rough start with his new team, and he’s been subject to some criticism after initially leaving Cleveland so he could inherit his “own” team.

Irving is the unquestioned leader of the Celtics, but things haven’t started like he had hoped. He’s getting his 25-ish shots per game, but defenses are focusing on him, and Irving has been forced to settle for some tough looks.

Kyrie has been forced to learn how to play without LeBron James at his side, which has affected his numbers. A heckling Sixers fan made sure to remind Irving of that after Friday night’s game, and he had this to say while the Celtics guard was on his way to the locker room.

Gotta love Kyrie standing his ground and firing back.