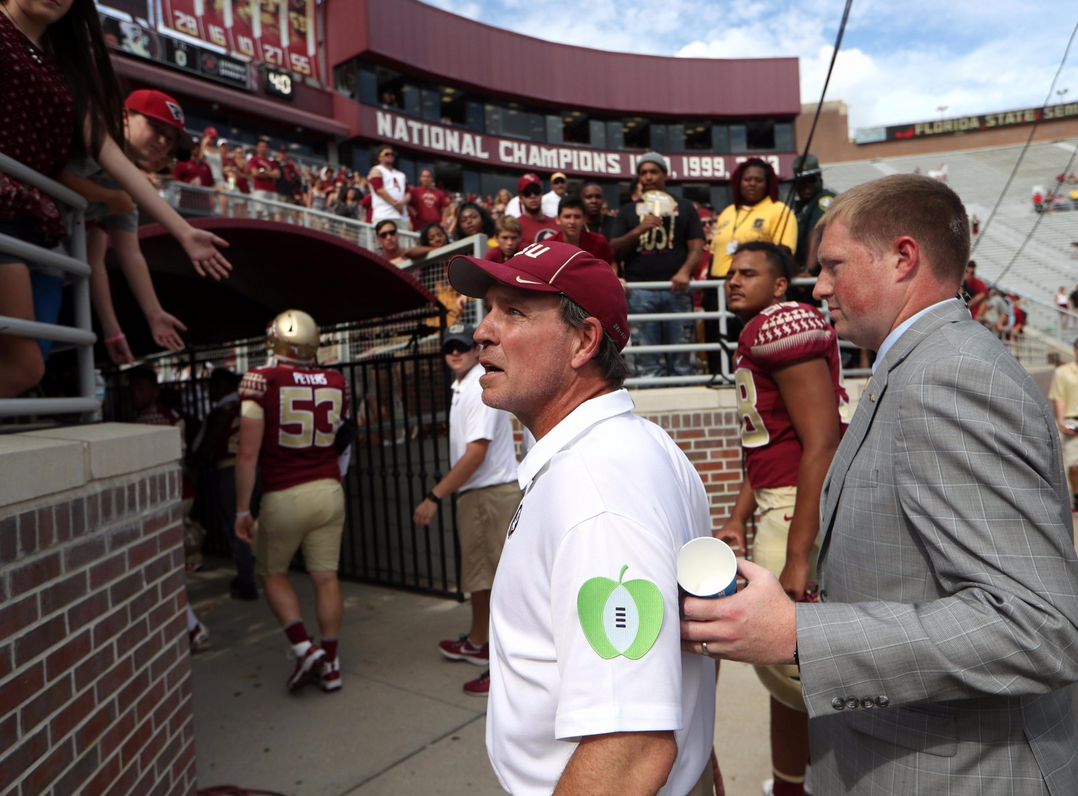 Seminoles head coach Jimbo Fisher saw his team suffer another frustrating loss against the Cardinals on Saturday, and his seat has become quite hot as a result.

Fisher has been hearing the rumblings about his job status, and it’s likely beginning to take a toll on him, judging by what happened after Saturday’s loss.

A FSU fan in the stands began heckling Fisher as he made his way off the field, and could be heard yelling “New coaches, new coaches!”

Fisher, rather than taking the high road, fired right back at the fan, and had this to say:

“Bring your ass down here and say that!”

Fisher owned up to it after the game, but didn’t appear to be all that remorseful.

This could be the beginning of the end of the Fisher era. It has that feel.