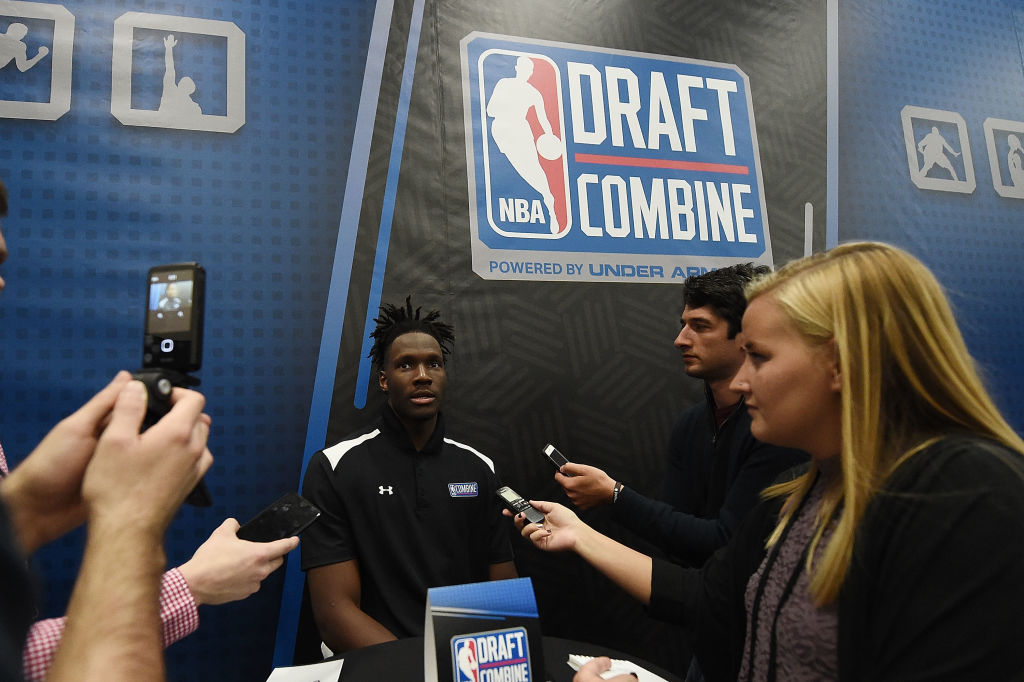 NBA G League basketball is back. Well, almost. The 2017 NBA G League will take place on Saturday, October 21, but the Westchester Knicks haven’t had to wait until this point to see its roster for 2017-18 season take shape.

A G League team can hold up to 10 players, not including up to two additional prospects playing out a two-way contract. As of Oct. 17, Luke Kornet and Isaiah Hicks are the two big men who will headline Westchester’s roster after signing two-way contracts with the Knicks’ organization.  On Oct. 14, New York waived Trey Burke, Nigel Hayes, and Xavier Rathan-Mayes. All three players will likely be heading to Westchester as affiliate players. Each team can have four affiliate players on their roster. Before the season starts, there could be a chance the Knicks sign another player and waive him just to have his player rights for the G League.

Marc Berman of the New York Post noted the Knicks are interested in John Jenkins. Jenkins suited up for Westchester last season, he averaging 20.9 points and 4.3 rebounds in 16 games. He showcased his shooting ability in Westchester, which was punctuated by a 40 point performance against the Long Island Nets. If the Vanderbilt product decides to return to Westchester, he could put himself in a good position to earn a call-up later on in the season. He spent training camp with the Atlanta Hawks.

With Kornet, Burke, Hayes and Rathan-Mayes, along with the possibly of Jenkins and another affiliate player, that would take up six possible spots.

Three players who suited up for the Dub Knicks last season are still free agents. One of those players is Jenkins, who was mentioned as a possible returning player. The other two are Joey Miller and Max Hooper.

Miller joined Westchester at the mid-way point of the 2016-17 season. The Dallas Baptist product showed flashes of his skills during limited time with the team. He had his best performance in the season finale where he recorded 10 points, five rebounds, and shot 2-of-4 from deep in 38 minutes. All of those were career highs. If Miller opts to return to Westchester for a second season, he could have a great opportunity to further develop his game. He’s also the son of head coach Mike Miller.

If Miller returns, that would mean the Dub Knicks roster would stand at seven players.

The Knicks have four draft picks in the NBA G League Draft. The team has a pick in each round. The only catch is the Knicks own the Canton Charge’s second-round selection from the Jordon Crawford trade. The team traded it’s own second-round pick to the Grand Rapids Drive, when the Dub Knicks acquired Nikola Jovanovic. The team must use three of their draft picks.

With a majority of last year’s roster playing overseas this season, the Knicks may add a player or two with staying power through the draft. It all depends on who is available to them and who goes on to perform well in camp.