Your Morning Dump... Where we'll take the win, but destroy all the evidence. 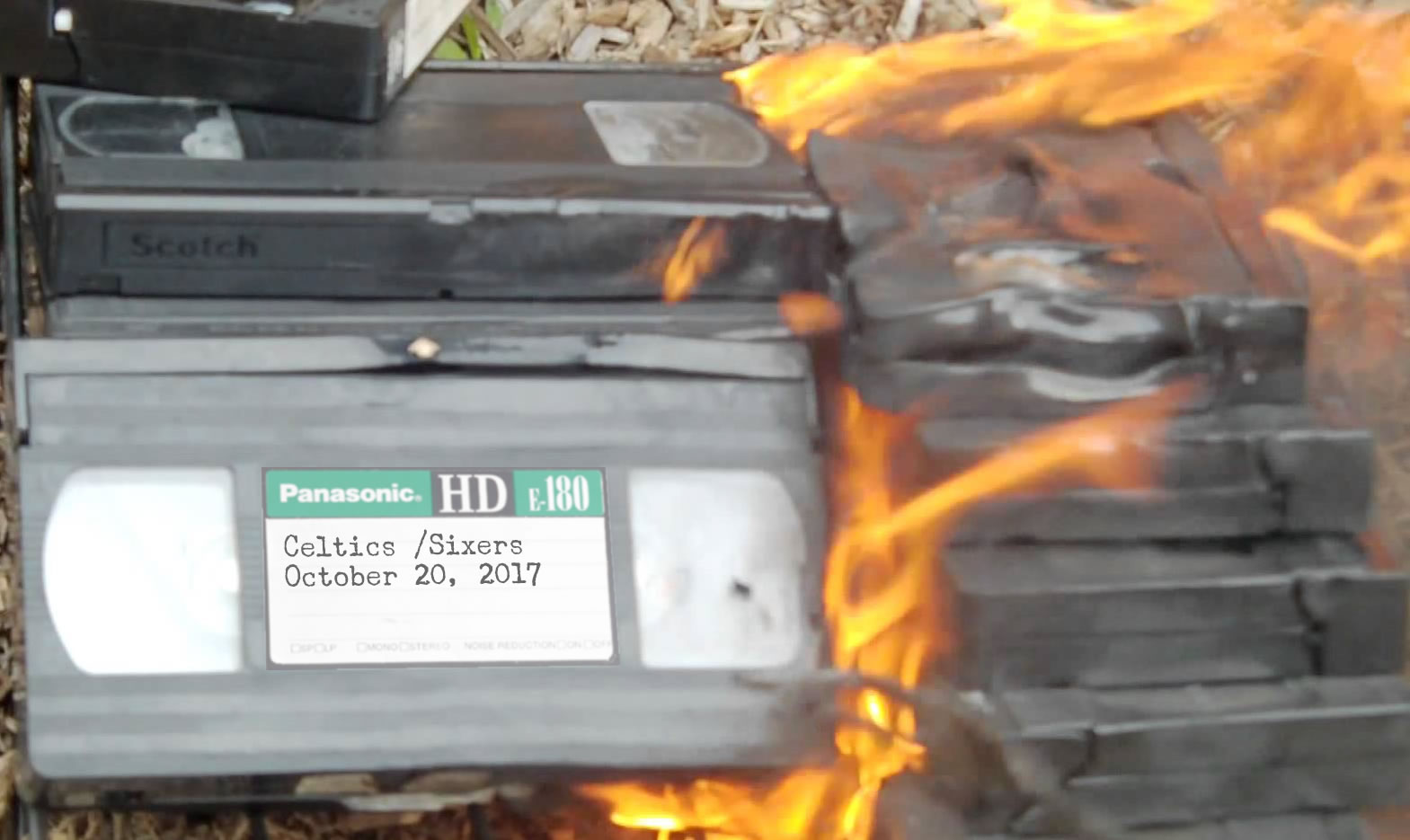 Your Morning Dump... Where we'll take the win, but destroy all the evidence.

Let’s get this out of the way first: This was a wretched mess of a basketball game most of the way through.

It was a sloppy, ugly, swimming-in-the-mud type of affair, and the Boston Celtics were fortunate to enter the final quarter with a chance to beat the Philadelphia 76ers. Down three of their best players, they bled turnovers, built a skyscraper of missed free throws, played a number of lineups that would have been more suited to summer league than regular-season action, and still, somehow, overcame it all, with Shane Larkin emerging as an unlikely fourth-quarter savior, Terry Rozier and Al Horford delivering strong outings, and Kyrie Irving bouncing back from a rough shooting performance to ice the 102-92 win.

You ever have one of those dreams where you’re like late for school–like, really late, and you get there and you’ve forgotten all your homework, and you’ve apparently missed a month of classes because you have no idea what’s going on?

And then you wake up and remember that you skipped your 20th anniversary class reunion three years ago?

Ok, I’ll grant you that’s perhaps a bit specific, but if you can picture such a scenario, you’ll have some idea how the first three quarters of last night’s game went before the Celtics woke up and played the fourth.

Shane Larkin and Jabari Bird getting minutes, given how thin the Celtics are right now, was perhaps not surprising.

The two of them combining for 33 minutes was. But it was that kind of night.

Stevens is not afraid of riding the hot hand, only it’s not just hot shooting that will keep you in the game. Good defense and good passing will keep you on the floor too. Larkin and Bird earned those minutes.

Page 2: Where Jabari Bird wasn’t ready for this.

Jabari Bird brutally honest about what coaches did to prep him for his surprise NBA debut. "Nothing. I wasn’t prepared at all for tonight."

That takes a bit of the shine off the Brad Stevens legend. Before we had a chance to convince ourselves that Brad was galaxy-braining us, Jabari shoots that down. Maybe Brad wasn’t planning on playing Bird in some chess-vs-checkers move, but after he got fed up with the Sixers getting open looks on the perimeter, he just played a hunch.

I have not yet seen a better description of that bizarre segment of Sixers fans who believe that the greatest possible proof of Hinkie’s genius is just how bad the Sixers are. Every loss? Just another victory for “The Process”. No need to wait and see if the trickier part of “The Process” (the part where the Sixers are not awful) also plays out–we’ve seen enough already. Hinkie set out to make them bad, and they’re bad, therefore he’s a genius.

Of course, eventually the losses will stop being part of “The Process” and start being the fault of Bryan Colangelo–but only because he abandoned “The Process.”

And in the meantime, they’ll always be able to make fun of Danny Ainge and the Celtics:

(Note: The Celtics are 13-1 against the Sixers over their last 14 games)