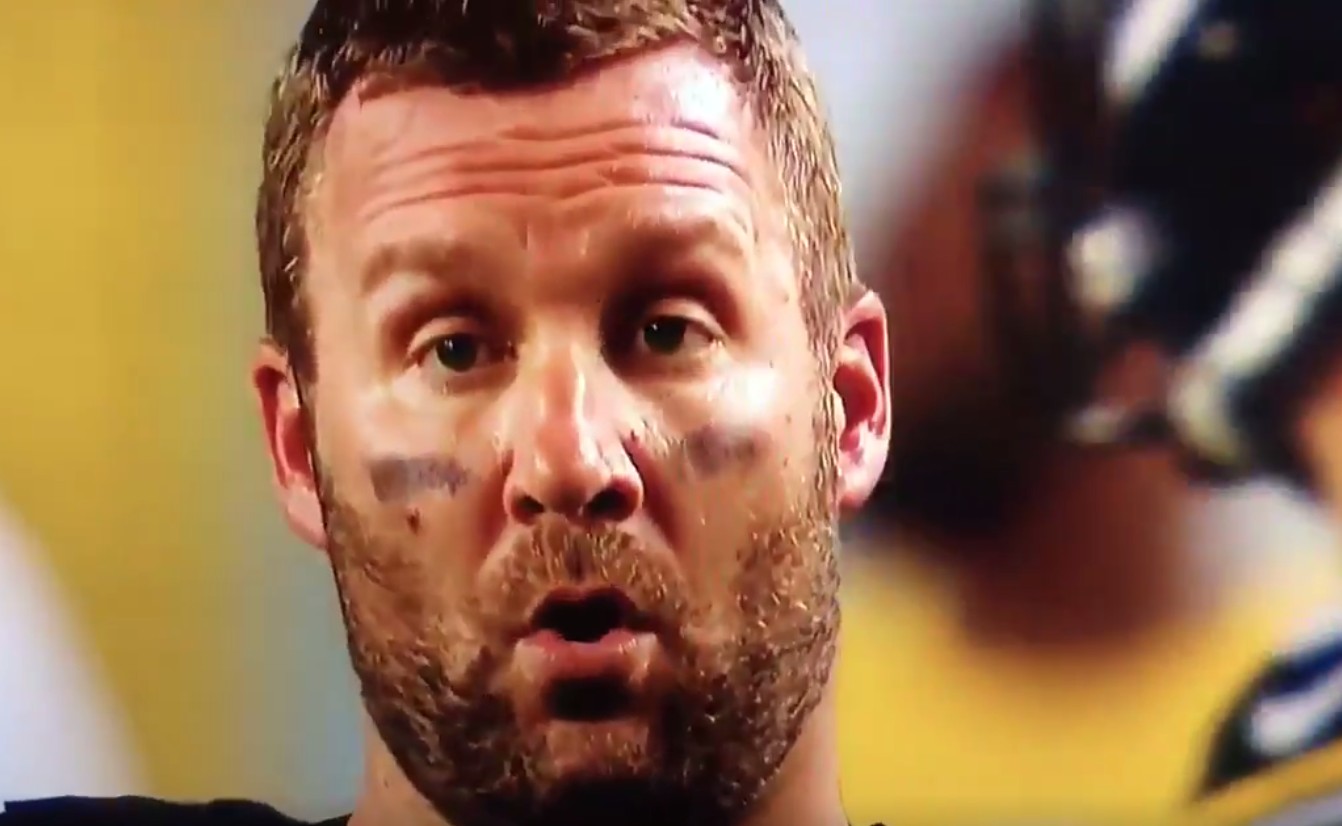 Steelers quarterback Ben Roethlisberger has delivered some priceless reactions over the years, but one particular facial expression from Sunday’s game against the Bengals may top the list.

What made Roethlisberger’s expression so great is that it was a completely natural reaction. It happened after the Bengals held Steelers running back Terrell Watson to a minimal gain on a fourth-and-one scenario, leading to a turnover on downs.

Watson was initially given the first down, but Bengals coach Marvin Lewis challenged the play, and it was overturned shortly after, leading to a turnover on downs.

The best part about the sequence of events is Roethlisberger’s reaction to the overturned call. Check out his “oh” face, which followed the ruling from the officials.

The Steelers just called a fake punt on the Bengals up 26-14 pic.twitter.com/fp7qlEANIT

Here are some of the best tweets that followed Big Ben’s priceless reaction.

Big Ben may have given us the meme of the year

Surprised I haven't already seen the "Roethlisberger Ooh" on Twitter

We’d be remiss if we didn’t show off some memes as well. CBS broadcaster Jim Nantz even predicted that Roethlisberger’s facial expression would get turned into memes during the game, so here you go.

So there you have it — the best meme of the 2017 NFL season so far, courtesy of Roethlisberger.

Now that we have your attention, check out this amazing deal on Spurs shoes.