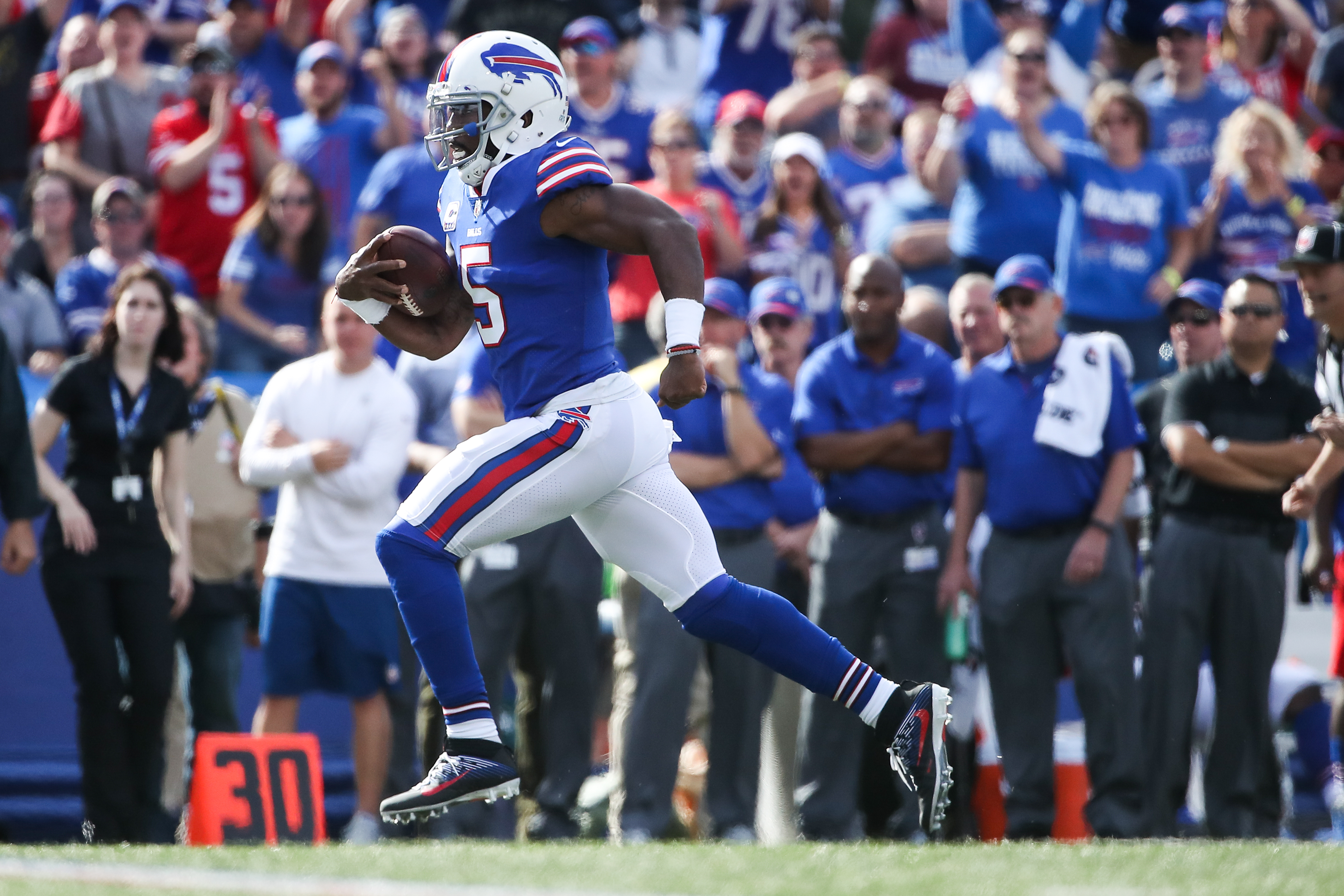 Complementary Football – Taylor going 20/33 for 268 yards, 1 touchdown and 53 yards rushing is everything he can bring to the offense. Not only did he use his legs for key conversions, he was also to re-introduce Deonte Thompson into the offense. The run game was back as well with McCoy picking up 91 yards on 23 carries, and overall racking up 173 rushing yards overall on the day.

On defense, the Bills gave up yards, but they got 3 turnovers – 2 fumbles and a pick by #MahBoi Matt Milano. Seeing O.J. Howard break out after hearing that he was a bust all week on JMS was hilarious.

Part injuries, part good play on Tampa’s part – the Bills defense in terms of the pass game was shredded most of the day. This wa offset by the turnovers, but I’m also a little sad that Micah Hyde couldn’t squeeze the Jameis Winston overthrow he had dead to rights for a pick. It’s a win, so I’m not going to dwell on much of this for too long.

The final play is an amalgam of bad decisionmaking. Rather than giving their quarterback a shot at the endzone or to escape the pocket if need be, the Bills – a team that doesn’t allow Taylor to audible out of plays

NO END ZONE ROUTES. #Bills looking to… what? Make shorter FG?? To all eviscerating Tyrod… if it's not McDermott, it's Dennison. pic.twitter.com/XqJbdRwNuz

Going into the half…with THAT…led to sub optimal fan response:

I wish I were dead

Let’s take a gander at what was said post game by you, the Bills fan faithful:

guess we have to officially start to care about wins and playoff scenarios pic.twitter.com/ZOLKEjxLgM

KT, you are right on. At this point, the Bills are as good (or bad) as anyone else in the league right now.

The gaffe before the half must be addressed, almost cost the game not gettin those 3/6 pts. Otherwise an ugly "eh we'll take it" kind of win

Listening to the post-game, McDermott owned the mistake, thinking they could get three plays off.

Second – owning it and aiming to do better will get me off his back this week.

Between the final part of the first half and the timeout burned on defense in the second half, it was a very Reid-sian game.

Given my theme of gifs for the game, Michelle brings it. See you all next week, when Marshawn is suspended for his return to Orchard Park.