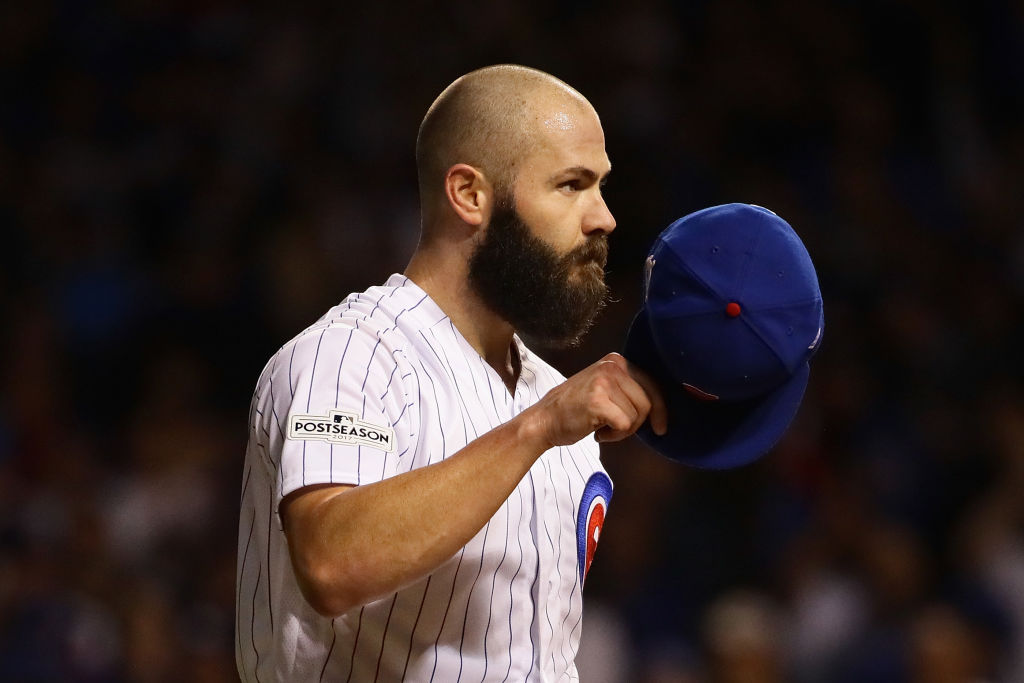 Now that the Cubs finally lost a playoff series — something that did not happen last season — we are witnessing the end of an era.

And no, we’re not referring to a move involving a Cubs player, coach or front-office executive, we’re talking about something far more important: Jake Arrieta’s beard.

Arrieta’s beard is the signature look we’ve grown accustomed to seeing from him, and he’s been growing it for roughly a year. The Cubs pitcher decided to shave it recently now that the team has been eliminated from the playoffs, and we have proof that he’s completely clean-shaven. His wife, Brittany, posted a photo of Arrieta’s new look on Sunday, and it’s tough to even recognize him without the facial hair.

Will the look stick? Or will we see a bearded Arrieta on the mound next season?