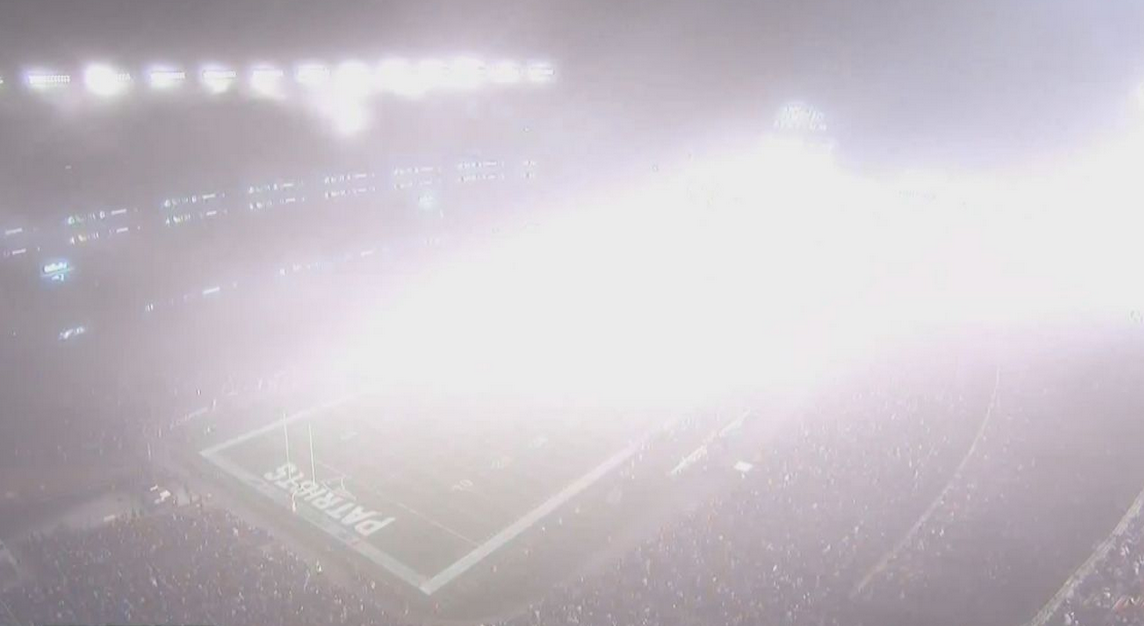 It seemed as if the Super Bowl LI rematch on Sunday night would actually have the makings of a normal game, with the only surprise being the Falcons failing to score a point in the first half.

But when the two teams came out and took the field for the start of the third quarter, it looked as if they had changed venues.

The first half of the game was played in a crisp, clear night at Gillette Stadium, but the second half saw the field covered in extreme fog. Here’s what it looked like.

It didn’t take long for the “#FogGate” hashtag to grow popular on social media, and the tweets about it didn’t disappoint.

Patriots are cheating. And they call themselves Patriots… #FogGate pic.twitter.com/JcgHo5Rq3d

I thought the Patriots have tried everything for an advantage, but I never thought they’d bring in artificial fog. #FogGate

Patriots are piping fog into stadium. They cheat! #FogGate

It no longer seems possible for the Patriots to play in a primetime game without something weird happening.