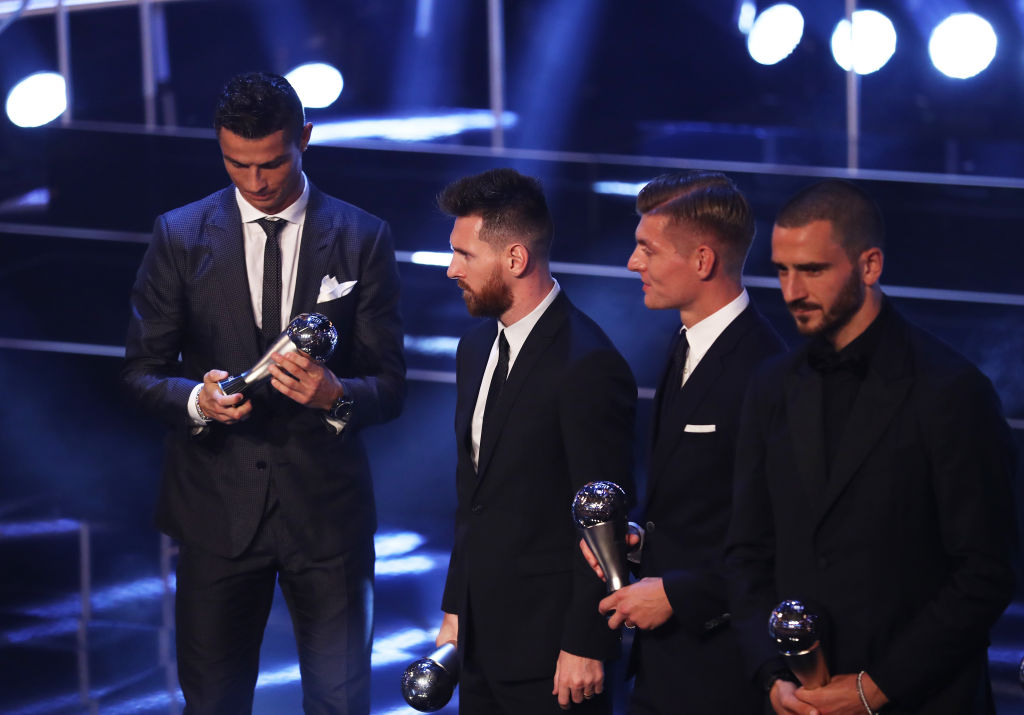 Ronaldo beat out Lionel Messi and Neymar, and was named the world’s best male player at the 2017 Best FIFA Football Awards in London.

Most goals scored in the Champions League in 2017:

Portugal have the joint-fourth most player appearances (11) in FIFPro World XI history.

All of them are by Cristiano Ronaldo. 🇵🇹 pic.twitter.com/aOZXduYRVC

The Real Madrid striker had this to say about it on Twitter afterward.

Amazing feeling to have won this award again. Want to dedicate to my family, my friends, my teammates and coaches from both Real Madrid and Portuguese NT and everyone who supported me. pic.twitter.com/umpYMo1JZg

This video from Bleacher Report highlights some of Ronaldo’s best moments over the past year.

It’s been a great year for Ronaldo, with Real Madrid having won both the Champions League and La Liga.